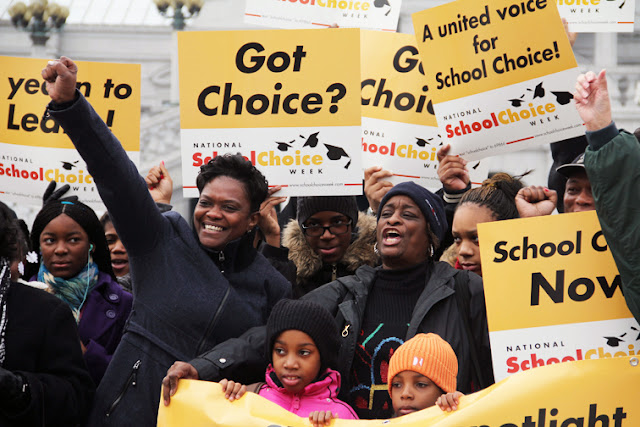 DeSantis owes his win to unexpected support from minority women.

Believe it or not, Republican Ron DeSantis owes his victory in the Florida gubernatorial election to about 100,000 African-American women who unexpectedly chose him over the black Democratic candidate, Andrew Gillum.

To be sure, 18% of the black female vote in Florida is equal to less than 2% of the total electorate. But in an election decided by fewer than 40,000 votes, these 100,000 black women proved decisive.

Their apparent ticket splitting helps to explain why the Florida governor’s race wasn’t as close as the Florida Senate race, though Mr. Gillum was widely expected to carry Democrat Sen. Bill Nelson to victory on his coattails.

More than 100,000 low-income students in Florida participate in the Step Up For Students program, which grants tax-credit funded scholarships to attend private schools. Even more students are currently enrolled in the state’s 650 charter schools.

Most Step Up students are minorities whose mothers are registered Democrats. Yet many of these “school-choice moms” vote for gubernatorial candidates committed to protecting their ability to choose where their child goes to school.

Four years ago, Gov. Scott narrowly won re-election thanks to a spike in support from school-choice moms. In 2016 more than 10,000 scholarship recipients joined Martin Luther King III in Tallahassee to protest a lawsuit filed by the teachers union in America’s largest-ever school choice rally. 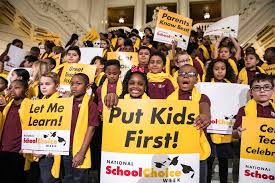 Regrettably, Mr. Gillum’s campaign chose to ignore signs that many minority voters view school choice as ‘’the civil rights issue of our time,” to quote Condoleezza Rice. Mr. Gillum figured his charm and potential to become the state’s first black governor would win over African-American voters.

But many school-choice moms were not convinced. A social-media campaign by the Florida Federation for Children reminded voters of Mr. Gillum’s strong opposition to school choice. The issue also helped solidify Mr. DeSantis’s support among Latinos at an impressive 44%.

The unexpected outcome of the Florida governor’s race should encourage Republicans nationwide to pitch their education agenda to minority voters. It should also prompt Democrats to rethink their blind allegiance to teachers unions.

Most of all, Florida’s surprising outcome ought to encourage every American—especially in these hyperpolarized times—to support policies that bring together strange bedfellows to solve serious problems.

Mr. Mattox is director of the Marshall Center for Educational Options at the James Madison Institute. He served on the Tallahassee Civil Rights Landmark Committee.

https://www.wsj.com/articles/school-choice-moms-tipped-the-governors-florida-race-1542757880?fbclid=IwAR3Pwygsww6k9TEwguQFolGjVmBi5PSsNHGMJUrHAxPqKFJf-Srv1cjce7o
Posted by Frances Rice at 9:23 AM