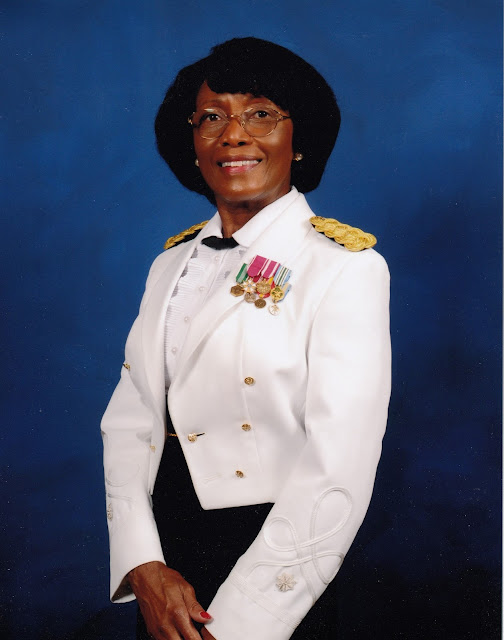 Preface:  First my bio, then the story of my rise from abject poverty after my birth in 1944 to what I have become today due to opportunities available only in America, the greatest nation on earth. Further below is an open letter from a senior citizen white man, sharing his distress over the bigotry leveled at him, due to the color of his skin and his belief in the values that made this country great.


Frances Presley Rice is a 20-year Army veteran who retired as a Lieutenant Colonel in 1984 after twenty years of active duty service.


During her twenty years of military service, she served in a variety of positions, including commander of a WAC company, adjutant of a basic combat training brigade, a prosecuting attorney, and chief of the administrative law division of a major military headquarters.


She also served in the Pentagon, Washington, DC as a special assistant to the Army Judge Advocate General and an adviser to the Deputy Assistant Secretary of Defense for Equal Opportunity.


She was awarded several distinguished medals, including the Legion of Merit upon retirement for her years of service.  At that time, she was also accorded the distinction of being one of America's top 100 Black Business and Professional Women by the editorial board of Dollars and Sense magazine.


Subsequent to her military career, she worked for the McDonnell Douglas Corporation, serving first as a member of that company's "think tank," and then as a government contract advisor.  She later taught Business Law for the European Division of the University of Maryland in Brussels, Belgium.


Currently, she is the Chairman of the National Black Republican Association.


Over the years, I’ve realized the American Dream, thanks to the freedoms we enjoy in America, the greatest nation on the face of our planet.


Our Constitution guarantees us individual liberties and equal opportunities, but not equal outcomes.


The level of success each of us achieves is in our own hands. Not everyone starts out in life under equal circumstances, however, as the old saying goes, if life hands you a lemon, make lemonade.


During my formative, impoverished years, I was encouraged to embrace the traditional values that made this country great and be a champion. My mother, who became a single parent when I was ten years old, told her five children that “we were born poor, but we did not have to die poor.”


The essence of her sage advice to us is to:

Thanks to my mother’s intestinal fortitude and guidance, all of my siblings became successful in varying degrees. Three of us acquired college degrees, two at the doctorate level.


The claim that America is a racist country is not grounded in reality.First of all, tribalism is a human trait where outsiders are viewed with suspicion. Yes, there are some individuals (black and white) who harbor animosity based on race. There is little or no chance of changing the hearts and minds of truly bigoted people.


However, if race were a barrier to success in America, how could so many black Americans become successful athletes, entertainers, politicians, educators and government officials?


If race were a barrier to success, I would still be living in poverty in Atlanta.


Notably, I participated in civil rights protests during the 1960’s inspired by Dr. Martin Luther King and witnessed the Ku Klux Klan marching boldly and menacingly down the street. Therefore, from first hand experiences, as well as my recent extensive research, I can attest to the history of civil rights.In a nutshell, the battle for freedom and black civil rights was a political battle, waged between our two major political parties.


One political party, the Democratic Party, seceded from the union and fought to preserve slavery.


The other political party, the Republican Party, was founded as the anti-slavery party and fought to end slavery.


Over 300,000 white Republicans died to free blacks from slavery. After Republicans won the civil war, they amended the Constitution to grant blacks freedom (13th Amendment), citizenship (14th Amendment) and the right to vote (15th Amendment).


If Democrats had left blacks alone at that crucial time in our nation’s history, we would not be faced with the racial division that plagues our nation today.


When Democrats took over Congress in 1892, they passed the 1894 Civil Rights Repeal Act which overturned the civil rights laws of the 1860’s. Democrats also started the Ku Klux Klan on December 24, 1865 to kill Republicans, black and white. Over 3,000 Republicans were killed, 1,000 of whom were white and the remaining 2,000 were black Republicans.


It should be noted at this point that, until his death in 2010, Democrats honored US Senator Robert Byrd, a former Klan recruiter (Grand Kleagle), calling him “the conscience of the Senate.”


Looking back at history, it took Republicans nearly six decades to finally get the civil rights laws of 1957 and the 1960s passed over the objection of Democrats. Unknown today is the fact that it was US Senator Everett Dirksen who championed the civil rights legislation of 1957, 1964, 1965 and 1968. President Lyndon Johnson could not have signed the well-known 1964 Civil Rights Act without the support of Republicans who voted more for that law than did Democrats.


Also ignored are the facts that both former presidents Lyndon Johnson and John F. Kennedy voted against the 1957 Civil Rights Act when they were US senators. Kennedy, while president, opposed the 1963 March on Washington by Dr. Martin Luther King, Jr. and authorized the FBI to investigate Dr. King on suspicion of being a Communist in order to undermine Dr. King.


And no, the two parties did not switch sides. It does not make sense to believe that, after Republicans spent over 150 years fighting for black civil rights and won, all of a sudden they stood up, crossed the aisle and switched sides with the Democrats.  It did not happen.


In fact the racist Democrats that the Republicans were fighting declared that they would rather vote for a “yellow dog” than a Republican because the Republican Party that was started in 1854 as the anti-slavery party was and still is the party for blacks.


As author Michael Scheuer wrote, the Democratic Party is the party of the four S’s: slavery, secession, segregation and now socialism.


Democrats have run black communities for well over 60 years and the socialist policies of the Democrats have turned those communities into economic and social wastelands, witness Detroit, South Chicago and Baltimore.


Notably, President Richard Nixon voted for the 1957 Civil Rights Act. He also started Affirmative Action with his 1969 Philadelphia Plan that was crafted by black Republic Arthur Fletcher and designed to undo the last vestiges of federal job discrimination put in place by Democrat President Woodrow Wilson who was a "Progressive."


Since Democrats controlled the South for over 100 years, Nixon’s 1972 “Southern Strategy” was his effort to get fair-minded people in the South to stop discriminating against blacks and join the racially tolerant Republican Party.


By way of clarification, it should be noted that the “Dixiecrats” were a group of Southern Democrats who, in the 1948 national election, formed a third party, the State’s Rights Democratic Party with the slogan:  “Segregation Forever!”  Even so, they continued to be Democrats for all local and state elections, as well as for all future national elections.


The major switch of black Americans from voting solidly for Republicans to Democrats occurred in the late 1960s. At that time, blacks were wrongly convinced that John F. Kennedy got Dr. King out of jail. In reality, it was the King family friend and Kennedy civil rights advisor, Harris Wolford, who orchestrated Dr. King's release from jail and encouraged Kennedy to call Dr. King's wife, Coretta Scott King, to console her. When Kennedy learned about Wolford's actions to get Dr. King out of jail, Kennedy was at first upset, but later claimed credit after being told he could benefit politically. Nixon knew that he, a Republican, would be ignored if he made a call to the jail in a state controlled by Democrats.


After institutionalized discrimination ended in the early 1970s, thanks to Republicans, I experienced no further problems because of the color of my skin. This is has been the case, even though in 1970, I married my husband, Peter, who is white. During our years of marriage, we’ve traveled to every state in America and almost all of the countries in the world.


As I close my remarks, I pose these questions:

If America were a racist country today, why are people around the world clamoring to come to here for a chance at a better life?

If racism was a barrier to success, there would be no successful black doctors, lawyers, entertainers, athletes, or politicians. We would never have elected a black man to be our president.


We, Americans, are a generous, freedom loving people who work hard and welcome the legal immigrants who want to be Americans. Sadly, the last acceptable bigotry is contempt for working-class white Americans. We can see it expressed on any primetime TV programs. The insults don’t all seem good-natured to me.


As a person who was on the receiving end of vitriol from white Democrats during my formative years because of the color of my skin, and now from liberal Democrats, black and white, because of my party affiliation, I can sympathize with the worsening plight of average working-class white Americans.


For generations, working-class white Americans went all in for the American dream. Their families fought in the wars, worked in factories, taught school, coached Little League and built a middle-class culture. Now they are abandoned and know it. These beleaguered Americans are not seeking any government handouts. Instead they want the economy revitalized and traditional pathway to achieving the American Dream restored.

Confession of a White man: I used to think I was just a regular person, but...


I used to think I was just a regular person, but…   I was born white, which now, whether I like it or not, makes me a  racist.


I am a fiscal and moral conservative, which by today’s standards, makes me a fascist.


I am heterosexual, which according to gay folks, now makes me a homophobe.


I am non-union, which makes me a traitor to the working class and an ally of big business.


I am a Christian, which now labels me as an infidel.


I believe in the 2nd Amendment, which now makes me a member of the vast gun lobby.


I am older than 70 and retired, which makes me a useless old man.


I think and I reason, therefore I doubt much that the main stream media tells me, which must make me a reactionary.


I am proud of my heritage and our inclusive American culture, which makes me a xenophobe.


I value my safety and that of my family and I appreciate the police and the legal system, which makes me a right-wing extremist.


I believe in hard work, fair play, and fair compensation according to each individual's merits, which today makes me an anti-socialist.


I (and most of the folks I know), acquired a fair education without student loans (it’s called work) and no debt at graduation, which makes me some kind of an odd underachiever.


I believe in the defense and protection of the homeland for and by all citizens,  which now makes me a militant.


Please help me come to terms with the new me… because I‘m just not sure who I am anymore!

I would like to thank all my friends for sticking with me through these abrupt, new found changes in my life and my thinking.


I just can’t imagine or understand what’s happen to me so quickly!


Funny…it’s all just taken place over the last 7 or 8 years!