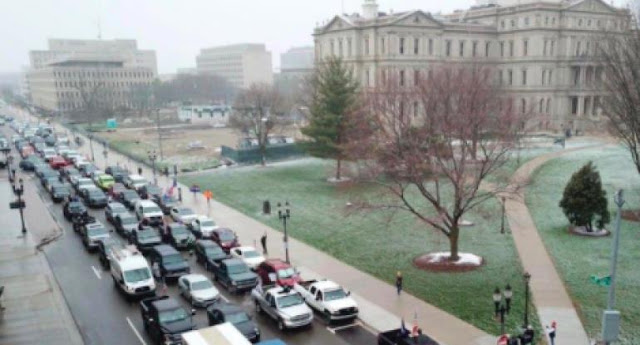 The people of Michigan are done being told they can't go check on their parents or buy "non-essential" goods like tomato seeds on the order of that woman, Gov. Gretchen Whitmer, who thinks she has magical powers to dictate to free people what they can or can't buy. 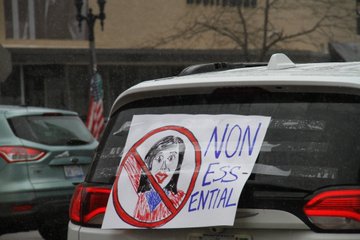 Thousands of cars descended on Lansing Wednesday to bring the clear message that Michigan is still a free state, and its citizens have not suddenly lost their constitutional rights because of a viral pandemic. 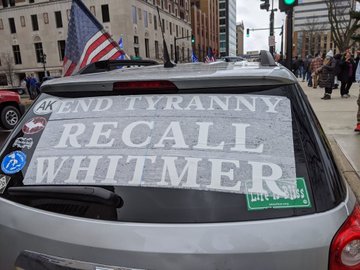 The biggest complaint most people in America have with the overreaching tyrannical edicts infecting our nation (besides the obvious abuse of civil rights) is the lack of understanding that we are all adults and are perfectly capable of social distancing and taking precautions on our own without police "help" in the form of fines and tickets or arrests. 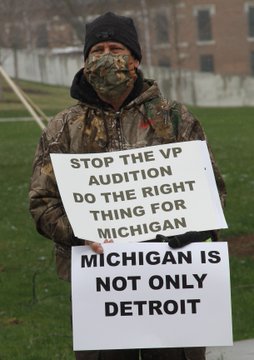 The governors of blue states are gleeful with their newfound power to direct everyone's lives down to the most minuscule decisions, such as whether or not you are allowed to plant a garden this spring. 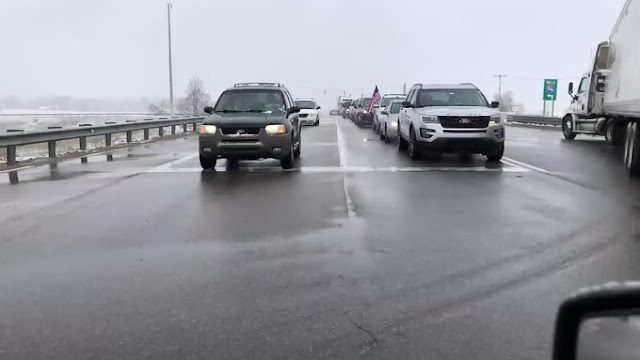 Massive convoy Protesting in Michigan against the Lockdown. Glad to see this happening!

It's heartening to see Michiganders rise up and say "NO." 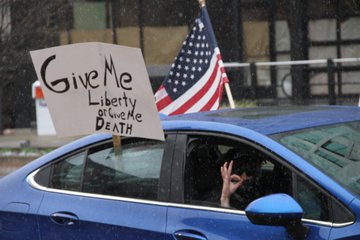 Thousands of people from all over Michigan are converging on our state Capitol today to protest the governor’s restrictive “Stay Home” order and get their voices, and car horns, heard. #OperationGridlock 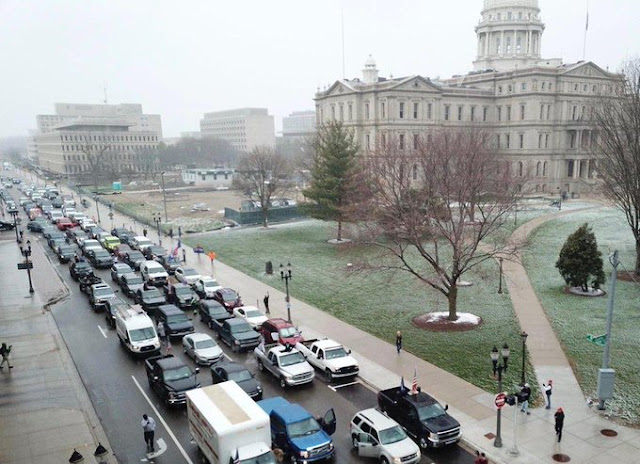 Messages to the Government from The People.

One of the major problems with the "one size fits all" lockdown based on the worst-hit sections of the country is that rural areas are not experiencing any issues with the virus. They want to get back to work with precautions so the economy doesn't go under. 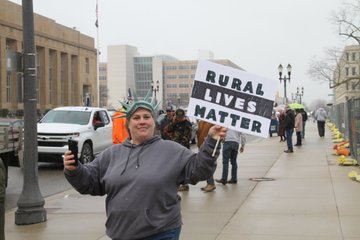 Treating major cities and rural areas the same is a ludicrous approach. One protest sign reads: "795 of the virus is in 3 counties. Get the other 80 counties back to work." 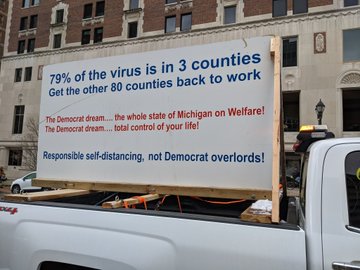 The massive shutdowns have only ensured that not only are Americans sick, they're going broke and facing food shortages as well. Americans have constitutional rights that are not void in an emergency. 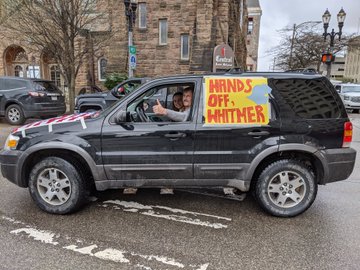 They have a right to make a living, to open their businesses and to take their own risks. The shutdowns cannot go on indefinitely. Numbers have shown that the deaths are far lower than originally projected and the curve that was constantly talked about is flattening. 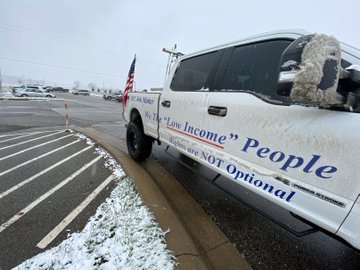 The lockdowns were supposed to be for 15 days to flatten the curve, not eradicate the virus. That's an impossibility. Life must go on despite the virus. Keeping America locked down indefinitely has already put at least 17 million people out of work. How many of them will die from suicide, heart attacks or the like when they see their life's work go up in flames? 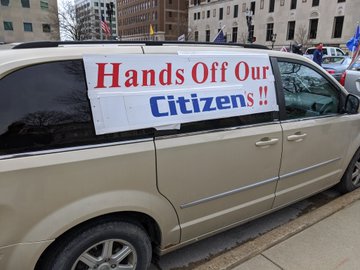 The government has no right to order people to ruin themselves financially and emotionally. That's called fascism. 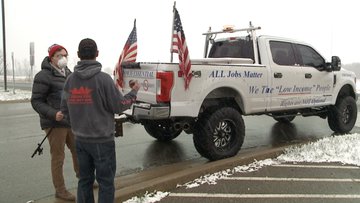 This is my favorite sign. "Dangerous freedom is better than peaceful slavery." Word. Get out there America. 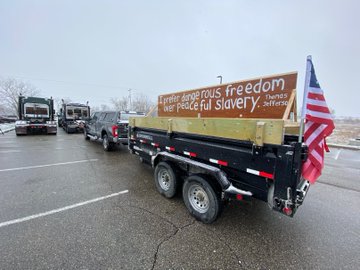 This is still your country and you make the rules. Are these rules working for you? 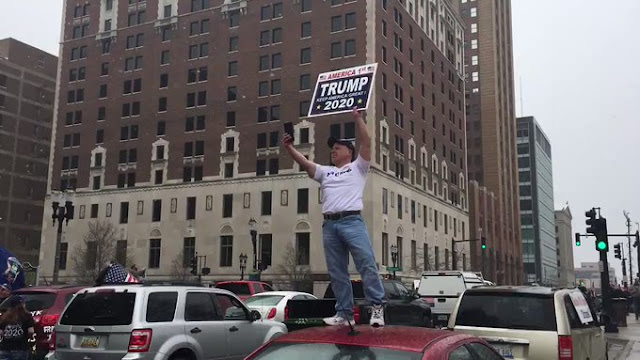 https://pjmedia.com/trending/michiganders-stage-massive-protest-against-whitmers-one-size-fits-all-lockdown/?utm_source=pjmedia&utm_medium=email&utm_campaign=nl_pm&newsletterad=&bcid=227841a8b1ca836b99e21ea36efa6859&recip=28551147
Posted by Frances Rice at 10:38 AM