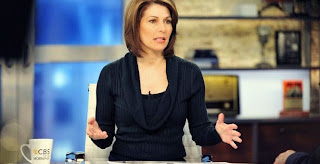 Last year Former CBS News investigative reporter Sharyl Attkisson, who is known for incredible work on Operation Fast and Furious, Benghazi and other White House scandals, noticed her computers at work and at home were acting strange. She suspected someone had hacked into her computer, specifically into a desktop in her home due to the machine turning on and off by itself at all hours of the night. An initial review of the hard drive revealed that her computer had in fact been compromised, but it wasn't known at the time who did it. The intruder into her system didn't take any financial information and it was clear they were looking for something else.

The news of Attkisson's computer problems came shortly after we found out the phones and emails of Fox News reporters James Rosen (and his parents) and William LaJeunesse were monitored. Rosen's movements were also monitored by government officials and he was named as a criminal co-conspirator in an affidavit from the Department of Justice to a judge. All three reporters, LaJeunesse, Rosen and Attkisson work on stories typically unfavorable to the administration (and all three have also scrutinized former administrations, including those headed by a Republican).

Now, Attkisson is revealing in her new book Stonewalled: My Fight for Truth Against the Forces of Obstruction, Intimidation, and Harassment in Obama’s Washington that it was in fact the government that hacked into her computer, even installing software to track her information and every key she pushed. More from the New York Post:

In her new memoir, Sharyl Attkisson says a source who arranged to have her laptop checked for spyware in 2013 was “shocked” and “flabbergasted” at what the analysis revealed.

“This is outrageous. Worse than anything Nixon ever did. I wouldn’t have believed something like this could happen in the United States of America,” Attkisson quotes the source saying.

Attkisson says the source, who’s “connected to government three-letter agencies,” told her the computer was hacked into by “a sophisticated entity that used commercial, nonattributable spyware that’s proprietary to a government agency: either the CIA, FBI, the Defense Intelligence Agency or the National Security Agency.”

The breach was accomplished through an “otherwise innocuous e-mail” that Attkisson says she got in February 2012, then twice “redone” and “refreshed” through a satellite hookup and a Wi-Fi connection at a Ritz-Carlton hotel.

The spyware included programs that Attkisson says monitored her every keystroke and gave the snoops access to all her e-mails and the passwords to her financial accounts.

“The intruders discovered my Skype account handle, stole the password, activated the audio, and made heavy use of it, presumably as a listening tool,” she wrote in “Stonewalled: My Fight for Truth Against the Forces of Obstruction, Intimidation, and Harassment in Obama’s Washington.”

So what was the motive behind the hack? Attkisson believes the feds were trying to go after herself and her sources with legal charges. Keep in mind, President Obama has used the Espionage Act against more sources providing information to reporters, and ultimately the American public, than any other President in history. The fact that this administration gets away with these types of intrusions is incredibly alarming for all Americans, but particularly for reporters who shine a light on corruption. This news is incredibly unnerving for the pursuit of truth, in keeping trusted sources talking and in protecting the First Amendment.