Charles Barkley: 'We Black People, We Have a Lot of Crooks' 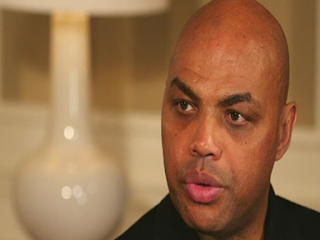 The color of someone's skin never seems to come up in the U.S. unless it's in a negative way, former NBA star Charles Barkley told CNN Tuesday, saying he finds it "ridiculous" when people believe white police officers set out to shoot African-Americans.

"We never discuss race in this country until something bad happens," Barkley told CNN's Brooke Baldwin Tuesday, and even then, "everybody wants to protect their own tribe, whether they are right or wrong."

The controversial Barkley, who is now a basketball analyst for Turner Sports, has come under fire in recent days after calling protesters who have destroyed businesses in Ferguson "scumbags" and complaining that some successful African-Americans like himself are degraded by the community for not being "black enough."

Barkley also agrees with a Missouri grand jury's decision not to indict former Ferguson police officer Darren Wilson, who is white, in the shooting death of 18-year-old Michael Brown, which led to protests in Ferguson and around the country.

Barkley has had his own issues with the police, but told Baldwin that many communities complain about racial profiling after they call for police to clean up their neighborhood, and said there is "a reason" for racial profiling.

"We as black people, we have a lot of crooks," he said. "We can't just wait until something like [the Michael Brown shooting] happens. We have to look at ourselves in the mirror.

But even though Barkley criticizes rioters who caused destruction in Ferguson, he agrees with peaceful protests, such as the other demonstrations being waged in Ferguson or those by NFL players who held up their hands in the "don't shoot" pose that has been used after the Brown death.

"Anybody who walks out peacefully, who protests peacefully, that's what this country was built on," he told Baldwin. "But to be burning peoples' property, burning police cars, looting peoples' stores, that is 100 percent ridiculous."

Although Barkley decried the rioting in Ferguson's streets, he does not think Brown's stepfather, Louis Head, should face charges of inciting a riot, after being captured on video yelling "burn this b***h down," after the grand jury made its decision.

Focusing on such issues confuses the situation, Brown told Baldwin, as "there's so much noise going on you never get to the crux of the issue that you need to be discussing."