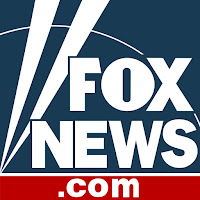 
Ohio Gov. John Kasich on Wednesday suspended his Republican presidential campaign, ending his underdog bid and hinting at a life perhaps beyond elected office.
“As I suspend my campaign today, I have renewed faith, deeper faith that the lord will show me the way forward and fulfill the purpose of my life,” Kasich said in Columbus, Ohio.
In a subdued, roughly 15-minute speech, Kasich first thanked his wife Karen, then other family members, staffers, volunteers, Ohio residents and those who contributed to his campaign.
“Nobody has ever done more with less in the history of politics,” Kasich said about his team. “We just got up every day and did the best we could.”
An underdog from the start, Kasich held on to become the last candidate standing against front-runner Donald Trump, despite his inability to win any contests beyond Ohio.
His decision to end his campaign comes a day after his other remaining rival, Texas Sen. Ted Cruz, announced that he was suspending his own campaign.
Trump now has a clear path to the nomination.
Touting his two terms as governor and 18 years in Congress, Kasich failed to gain traction with GOP voters in a race dominated by Trump's ability to seize on the electorate's anger and disdain of political insiders.
Kasich tried to pitch himself as the best Republican to take on Hillary Clinton and tried to take the GOP primary race to a contested convention.
Kasich, 63, now plans to return to Ohio, where his second term as governor ends in 2018.
He made no mention in the speech of Trump or any of the other 2016 presidential candidates, instead focusing on the inspiration he drew from Americans while on the campaign trail and on economic policy.
“The people of this country changed me,” Kasich said. “They changed me with the stories of their live.”
Kasich called economic growth “imperative” to the success of the country because, he said, “It gives people the opportunity to realize their hopes and dreams in life. … Some missed this message, it wasn’t sexy.”
As the race grew increasingly nasty on both sides, Kasich largely maintained his vow not to run a negative campaign, saying to voters that he would not "take the low road to the highest office in the land."
The governor originally had planned to speak with reporters Wednesday morning at Dulles airport in northern Virginia.
However, Kasich failed to show up and his campaign later confirmed that he was not coming.
Kasich placed last in the GOP Indiana primary Tuesday night, though his campaign initially said it would keep going.
A Republican candidate needs 1,237 pledged delegates to secure the nomination.
Trump has not yet reached that number.