By Rod Dreher  | The American Conservative 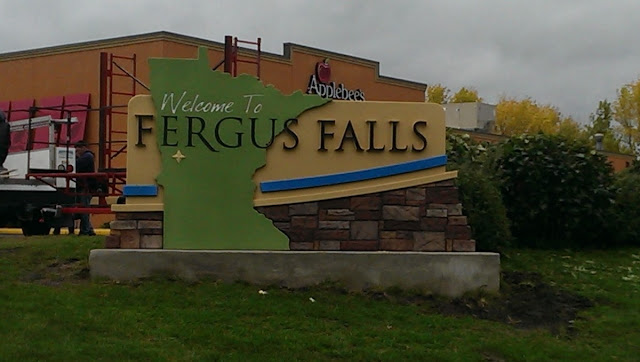 In 2017, the German magazine Spiegel sent a reporter to Fergus Falls, Minn., to write a story about Deep Trumplandia. 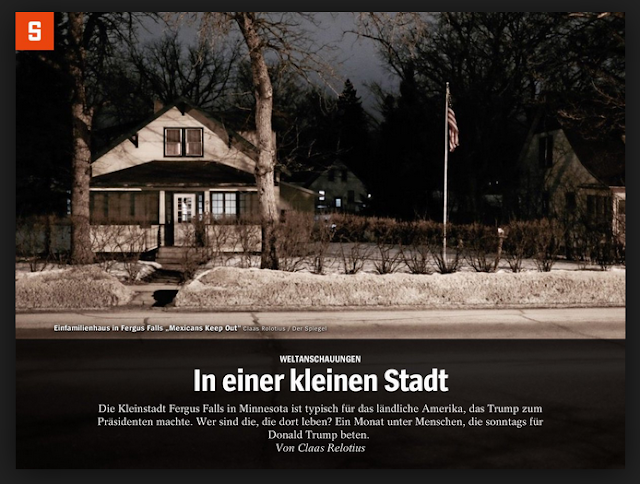 Unfortunately for Spiegel, Fergus Falls residents Michele Anderson and Jake Krohn read the story and wrote a stunning exposé on all the things he got wrong. “Got wrong” is too benign a characterization. 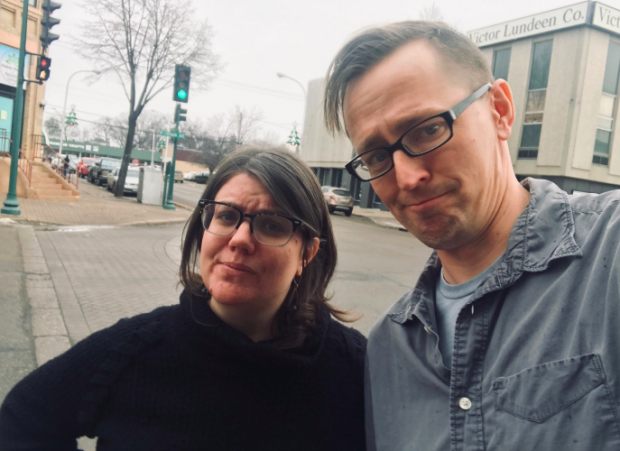 The reporter, Claas Relotius, just made things up. 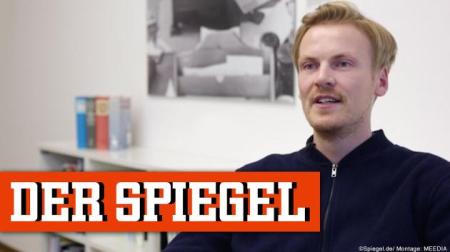 Here is just one excerpt from the exposé by Fergus Falls residents Michele Anderson and Jake Krohn.

Claas Relotius wrote: “After three and a half hours, the bus bends from the highway to a narrow, sloping street, rolling towards a dark forest that looks like dragons live in it. At the entrance, just before the station, there is a sign with the American stars and stripes banner, which reads: “Welcome to Fergus Falls, home of damn good folks.”

Michele Anderson and Jake Krohn replied: "Fergus Falls is located on the prairie — which means our landscape mostly consists of tall grass and lakes. While we have trees, we do not have any distinct forests in our city limits, and definitely not in the route that the bus Relotius would have taken from the Twin Cities. And sadly, our welcome sign is quite mundane in its greeting."

We hope that our version of this story makes you think twice the next time you read an article claiming some kind of intellectual authority over rural identity, and that you’ll come and see for yourself what Fergus Falls is all about (we don’t mind a little tourism boost every now and then — although we’re doing pretty well attracting artists from all around the nation, among other things).

This is just a hunch, but it seems to me that Relotius’ overseas readers might appreciate knowing that small American towns are more complex than they imagine — that die-hard liberals like me can still magically live alongside conservative Republicans — that sometimes we even find some common ground and share a meal together, and take the time to try to understand each other’s viewpoints.

You see, we’re definitely not perfect here in Fergus Falls, and many of us feel a lot of responsibility right now, considering that our friends, family and neighbors voted against their own interests in 2016. But we also know how it feels to be ignored in policy and media for decades only to be lectured by ignorant articles such as this after so much silence about our challenges.

How on earth did Relotius think he was going to get away with this stuff?

Truth is, prior to the Internet, he probably would have, given that few if any of the town’s residents would have seen the article, which flatters the prejudices of liberal Europeans, and if they had seen it, who would have heard their protest? 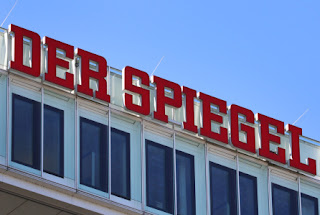 There’s a happy ending: Spiegel fired Claas Relotius for being a lying liar who has lied about more than Fergus Falls. 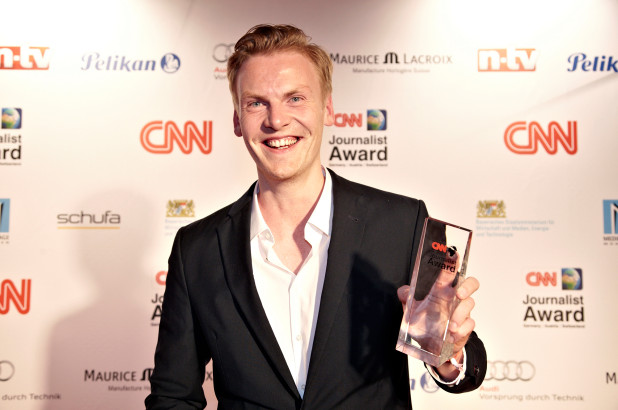 An award-winning German magazine writer who resigned in disgrace for making up stories is suspected of embezzling cash he collected on behalf of children orphaned by the war in Syria, according to his former employer.

Der Spiegel said Sunday it had uncovered information that Claas Relotius allegedly solicited contributions after writing an article about Syrian urchins living on the streets of Turkey — but directed donations to his own bank account.

“Der Spiegel will give all the information it collects to public prosecutors as part of a criminal complaint,” the magazine said on its website, according to Agence France-Presse.

The influential publication said it was unaware of the purported charity campaign at the time and didn’t know how much money Relotius, 33, may have raised, apparently by responding to readers who emailed him after reading his July 2016 report.

A Turkish photographer who worked with Relotius has since claimed that the article has major inaccuracies, and Der Spiegel said Relotius apparently invented the two young siblings who featured prominently in it.

He later wrote about trying to help the children get adopted by a German family, which Der Spiegel also said appeared to be a lie.

Der Spiegel announced last week that Relotius had admitted fabricating interviews and information in at least 14 articles, a scam it called the “worst thing that can happen to an editorial team.”

Relotius went into hiding in the wake of the scandal but sent a message of apology to Germany’s Reporter Forum, which gave him four awards that he said he was returning.

CNN also stripped him of two Journalist of the Year awards that he won for articles in the Swiss magazine Reportagen. 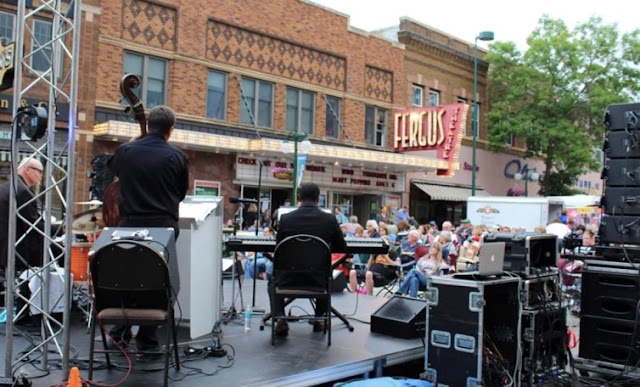 A writer for the respected German magazine, Der Spiegel, has been fired after editors uncovered dozens of stories with featured fabrications – including one about Fergus Falls.

The magazine on Wednesday published a long report following an internal investigation into the articles of Claas Relotius, a 33-year-old investigative journalist.

The magazine said he was found to have committed journalistic fraud "on a grand scale" over several years, according to the Guardian.

Among the articles that he is found to have fabricated concerns one about Fergus Falls, Minnesota, where Relotius spent some time in early 2017 with the intention of writing about a Trump-voting area of America.

"The underpinning idea, originating in the Hamburg news office/editorial office, was not about haughty demonization of the first months of Trump from the perspective of Europeans, but about looking at that time frame through the eyes of those who had presumably voted for Big Don," Der Spiegel says.

"The plan was for Relotius to rent in Fergus Falls, meet people, listen, and record a small time image that would make you understand the Americans a little better."

However, the magazine notes that Relotius found nobody who could give him the story he was looking for, with Der Spiegel writing: "There is simply no story, no one can be found."

But rather than give up and admit this, he started making stuff up, beginning his story by generating a fictional sign at the entrance of the city that read: "Mexicans Keep Out – Mexicans, Stay Away."

This sign never existed, "it was only in the imagination of the author," and as a result "insulted the inhabitants of Fergus Falls."

Relotius went on to write that students at Kennedy High School were asked to paint models of the American Dream, and he said that all but a few painted Donald Trump.

"All this is a lie, just everything, it's crap," Der Spiegel says.

Relotius in 2014 was named CNN's Journalist of the Year for a piece he wrote about care-giving in U.S. prisons for a Swiss magazine.