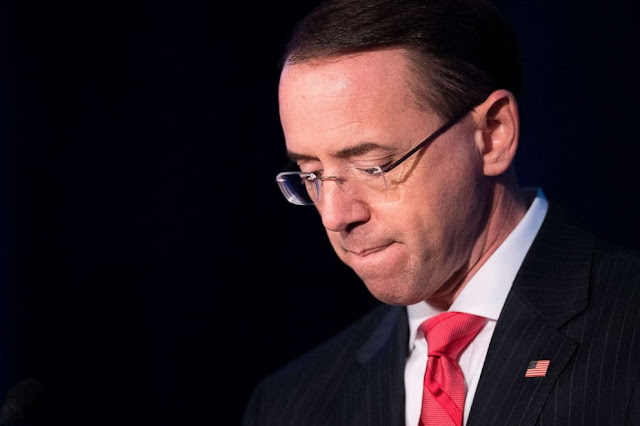 Reports Wednesday by Fox News and others that rogue Deputy Attorney General Rod Rosenstein is expected to resign in several weeks – soon after William Barr is confirmed by the Senate as our nation’s next attorney general – mean that the Justice Department is headed for badly needed reforms. 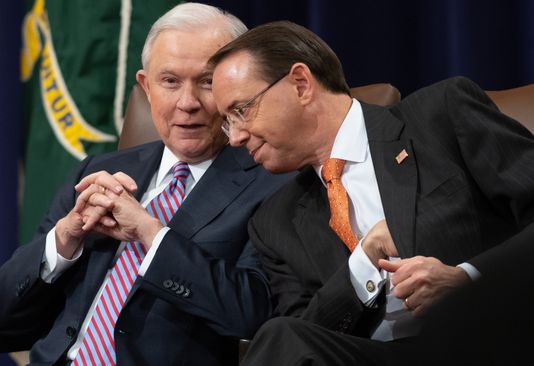 Under the failed leadership of fired Attorney General Jeff Sessions and Rosenstein, the department has been operating more like the Department of Injustice in its handling of the out-of-control and ever-expanding Russia probe led by Special Counsel Robert Mueller and overseen by Rosenstein. And that’s only one example of Rosenstein’s misconduct.

Rosenstein has been the de facto attorney general almost since the outset of the Trump administration. Throughout his tenure, Rosenstein manipulated and supplanted the feckless Sessions, who served as attorney general in name only.

More egregiously, Rosenstein was an active participant in one of dirtiest tricks perpetrated in modern politics – targeting the president of the United States without legal cause or evidence.

In May of 2017, Rosenstein volunteered to craft a memorandum to President Trump citing all the justified reasons that then-FBI Director James Comey should be fired for usurping the power of the attorney general and violating Justice Department and FBI rules with impunity.

When the president adopted the recommendation and sacked Comey, Rosenstein’s memo became public. Furious that Democrats were blaming him for Comey’s firing, Rosenstein reportedly sought retribution by proposing to secretly record the president in an attempt to gain some damaging information about him.

According to The New York Times, Rosenstein suggested that he and others wear hidden devices to record their conversations with President Trump and discussed recruiting Cabinet members to remove Trump in the spring of 2017 under the Constitution’s 25th Amendment.

The 25h Amendment says the vice president and a majority of Cabinet members can declare the president is “unable to discharge the powers and duties of his office” and remove him. It was adopted in 1967 to deal with a president incapacitated as a result of a health crisis – like a stroke or serious wounds received in an assassination attempt.

The amendment was never designed to allow what would amount to a palace coup.

Later, three top FBI officials confirmed various elements of Rosenstein’s efforts to remove Trump from office and overturn the results of the 2016 presidential election. Rosenstein has consistently resisted requests by Congress to question him about his actions.

But that’s not all. When Comey filched presidential memos and leaked parts of them to the media for the sole purpose of triggering a special counsel to investigate President Trump, Rosenstein eagerly capitulated by appointing Comey’s long-time ally, colleague and friend, Robert Mueller, to become the special counsel. 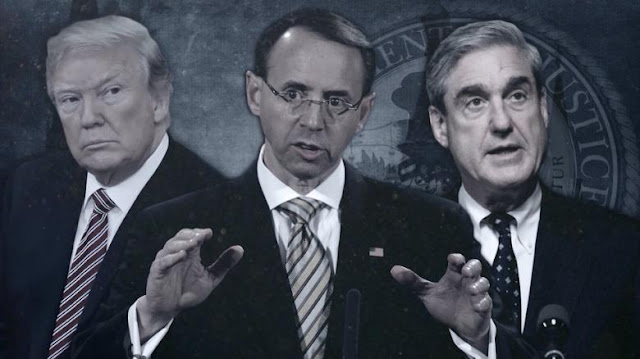 Rosenstein acted in clear defiance of regulations governing the appointment of a special counsel when he appointed Mueller to investigate Russia’s interference in our 2016 president election and unproven allegations that the Trump presidential campaign may have worked with Russia.

I discuss this in detail in my book “The Russia Hoax.”  But in a nutshell, there are three key reasons that explain why Rosenstein acted improperly and without justification to create the special counsel position filled by Mueller.
First, since Sessions had recused himself from the Russia investigation, there was no conflict of interest. A special counsel can only be created when such a conflict exists.

Third, when Mueller was appointed there was no evidence of a suspected crime, as required in order to appoint a special counsel.

As an experienced federal prosecutor, Rosenstein should have known he had no grounds to appoint a special counsel. But that didn’t stop him from giving Mueller extremely broad authority to investigate matters that are not necessarily even criminal.

Clearly, the authorization order creating the special counsel position was defective, inasmuch as it did not set forth the prescribed “specific factual statement” of a defined crime.

On top of all this, Mueller ignored his own conflicts of interest in accepting the special counsel position. He then assembled a team of partisans as his staff, some of whom had direct and compromising ties to Trump’s election opponent, Hillary Clinton.

And if all this wasn’t enough the invalidate Mueller’s appointment and his investigation, there’s still more. 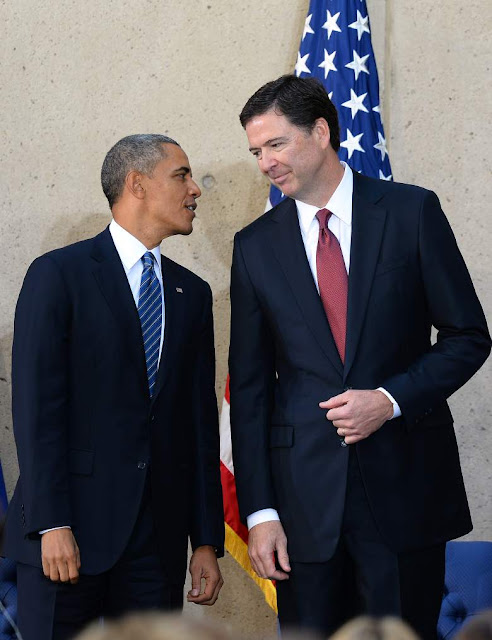 Having authored the memo advocating the termination of Comey, Rosenstein became a “fact witness” in any potential, albeit specious, obstruction of justice case against President Trump. Indeed, he was interviewed as such by the special counsel.

Yet, unbelievably, Rosenstein continued to preside over the very case in which he is a witness. This violates federal regulations and the Code of Professional Responsibility that dictates the conduct of lawyers. It also violates plain commonsense.

Think of it this way: If Rosenstein lied in his testimony before the special counsel, only he would be empowered to decide whether to prosecute himself. This is a ludicrous and unjust scenario and an absolutely blatant conflict of interest.

In order to avoid such conflicts, prosecutors are required to disqualify themselves from involvement in any case in which they are a witness. But Rosenstein ignored that requirement and refused to disqualify himself.

In addition, Rosenstein refused to produce numerous documents lawfully subpoenaed by Congress. His obstruction was compounded by the very nature and content of the records sought. Some of them dealt with Rosenstein’s own suspected misconduct.

Rosenstein affixed his signature to the final Foreign Intelligence Surveillance Act warrant application to spy on a Trump campaign associate, reportedly without sufficient or verified evidence and in defiance of the rules governing such secret court orders.

Evidence was concealed and the judges were deceived. Yet, Rosenstein has continued to resist the surrender of these documents. What exactly is he hiding?

The departure of Rosenstein from the Justice Department is long overdue. He surely knew his days were numbered since the moment William Barr was nominated by the president.

Having served once before as attorney general, Barr has a distinguished record as an excellent lawyer who cares deeply about the rule of law and its equal enforcement. Under that standard, Rosenstein would have lasted in his job about an hour, or maybe less.

Rosenstein badly damaged the reputation of the Justice Department with his disgraceful conduct. Barr is expected to move swiftly to rectify the destruction wrought by the deputy attorney general and by Sessions.

Once Barr becomes attorney general, politically motivated decision-making will be banished. Corrupt tactics will be halted. Restoring the integrity and credibility of the Justice Department – once a great law enforcement institution – will not happen overnight, but it will be Barr’s enduring challenge in the months ahead.