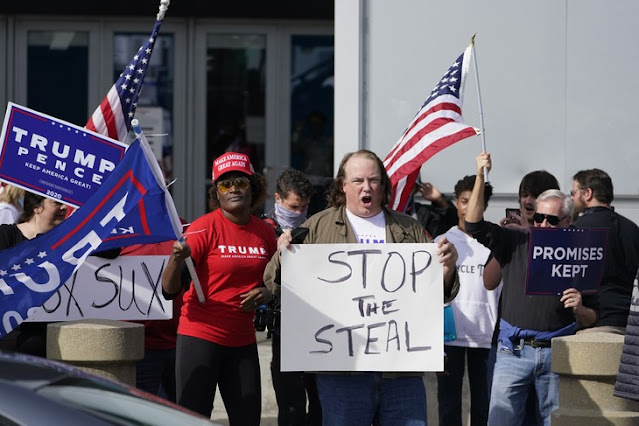 The Trump legal team has presented what they say is compelling evidence of voter fraud, alleging that election night video footage from Fulton County, Ga., shows at least four suitcases of ballots being pulled out from under a table after election supervisors had told poll workers to leave the room. The footage appears to also show four women staying behind to count votes.

The Trump legal team presented this evidence during a hearing on Georgia voter fraud before a Georgia State Senate committee.

Trump added, “Plenty more coming, but this alone leads to an easy win of the State!”

Rudy Giuliani declared this evidence to be the smoking gun.

But, others say there is an explanation.

Stephen Fowler of NPR says that the man in the blue jacket that can be seen in the video is “an official monitor from the secretary of state’s office who was there watching the vote counting.” According to Fowler, “While some partisan monitors left, it wasn’t unsupervised.”

But, according to Jacki Pick, an attorney working with Trump’s legal team, even though “two Republican field organizers had been sent” there to observe the vote counting, “At no time  were they permitted to observe in any meaningful way.”

Pick explains that the four election workers remained behind and continued counting and tabulating “well into the night,” even though GOP workers said in sworn affidavits that a poll worker had declared at 10 p.m. that counting had concluded for the evening and would not resume until the following morning.

According to Pick, the poll workers that stayed behind continued “counting, unobserved, unsupervised, not in public view—as [Georgia] statute requires—until about 1:00 in the morning,” Pick said.

“This shocked them, so they returned back to State Farm Arena at about 1:00 in the morning where they confirmed that people had in fact just left,” said Pick.

Pick also said that the Trump legal team wasn’t sure if storing ballots in suitcases under tables was standard procedure. Reviewing footage from earlier in the day shows that it was not routine.

Trump Legal Team: We Have 'So Much Evidence' of Fraud in Nevada 'We Had to Rent a Separate Car' 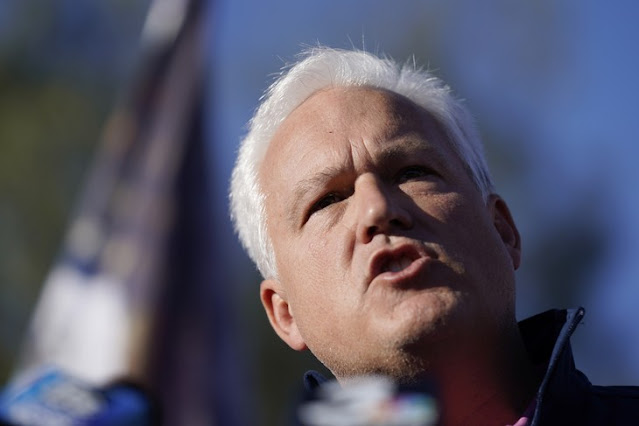 The audit, which was conducted by Baselice and Associates for the Trump campaign’s legal team in Nevada, found that 579,000 absentee ballots were returned to the state by Election Day. If three percent of those ballots were improperly cast, that comes to 17,300 illegal votes.

The Trump campaign was also granted the right to inspect voting machine used during the election, though they’ve yet to be granted a proper inspection.

“Machines were not usable, and we were not able to make a determination about the accuracy and integrity of the election process based on this inspection,” Trump’s legal team said. “We are entitled to a computer forensic inspection in accordance with the judge’s order. We were prevented from doing one. This was a digital election and we were not allowed a digital inspection. The ‘inspection’ today was like trying to determine if a car had failed brakes without getting underneath the car.”

The Trump campaign alleges that 130,000 ballots from Clark County were verified using a machine they believe was not operated properly. They’ve long held the belief that President Trump is the true winner in Nevada. The Silver State has six electoral votes.

A hearing is to be held in Carson City, Nevada, on Thursday. “We have so much evidence we had to rent a separate car,” says Matt Schlapp, chairman of  the American Conservative Union, who’s with the Trump legal team in the state.

On Wednesday, Schlapp also said that “The numbers of illegal ballots in NV from outside Nevada has now doubled” from his original assessment of just 9,000.

WHISTLEBLOWER: I Drove 'Thousands of Ballots' From New York to Pennsylvania 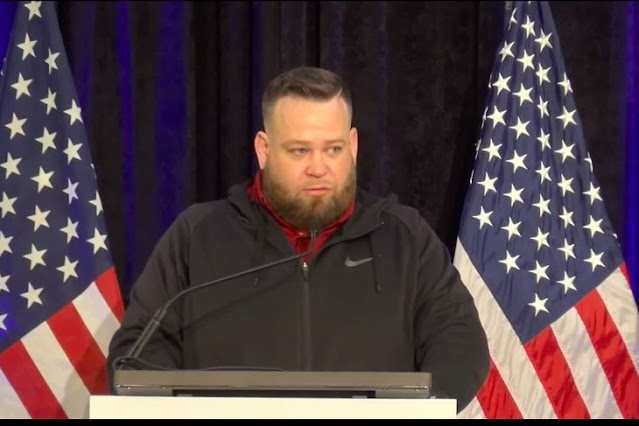 “The evidence demonstrates, and it’s through eyewitness testimony that’s been corroborated by others by their eyewitness testimony, that 130,000 to 280,000 completed ballots for the 2020 general election were shipped from Bethpage, New York, to Lancaster, Pennsylvania,” to a facility incapable of processing them, Kline explained in the press conference. A spokeswoman later clarified that the estimate ranges from 144,000 to 288,000 ballots.

Jesse Morgan, the truck driver involved, told his story at the press conference.

“I drive a tractor-trailer for U.S. postal service, a subcontractor. I drive a route route from Lancaster, Pennsylvania, to Bethpage, New York, to Harrisburg, Pennsylvania, and back to Lancaster,” he explained.

“On October 21, when I arrived for my usual route for Bethpage,” he recalled, “an expeditor made three references to ballots that were to be loaded into my trailer, including saying, ‘Hey, you have ballots today.'”

He recalled receiving 24 Gaylord boxes full of ballots, stacked on top of each other. He saw that “envelopes had handwritten return addresses.”

“They were complete ballots. I didn’t think much of it at the time,” Morgan said. When he arrived in Harrisburg, he was not allowed to offload the mail. “I was made to wait for roughly 6 hours, from 9:15 a.m. to nearly 3 p.m.,” he recalled.

“All of this was weird,” Morgan said. After waiting for six hours, he went inside and asked to see the expeditor. “I was told to wait for the transportation supervisor,” an official Morgan had never dealt with. “He’s a top guy, he’s the kind of guy that would speak to my boss.”

“The supervisor told me to drive to Lancaster without being unloaded in Harrisburg,” Morgan said. “I knew the ballots were loaded for Harrisburg.” He also recalled asking for his ticket, the slip that shows he arrived, and a late slip to prove he had been delayed. The supervisor refused to give him the slip.

“I then drove to Lancaster, unhooked my trailer in its normal place, and then drove my truck to where I always park it,” he recalled. “The next day, it just got weirder. As I arrived at Lancaster… my trailer was gone, not there anymore.”

“Since I started driving that Bethpage route, I’ve always had trailer 10-R-1440,” Morgan said. He noticed because he really liked that trailer.

“What happened on October 21 was a series of unusual events that cannot be a coincidence,” the truck driver insisted. “I know I saw ballots with return addresses filled out, thousands of them, thousands. Loaded onto my trailer in New York and headed for Pennsylvania.”

“As things became weirder I got to thinking and wondered why I was driving complete ballots from New York to Pennsylvania. I didn’t know why, so I decided to speak up,” Morgan said.

Col. Tony Schaeffer, who is working with The Amistad Project team, said the organization had backed up Morgan’s story.

Kline said sources told him Morgan’s story “matched up perfectly on how you would insert fraudulent mail into the stream.”

At the press conference, other whistleblowers spoke about postal workers delivering Joe Biden campaign mail while they discarded mail from the Trump campaign.