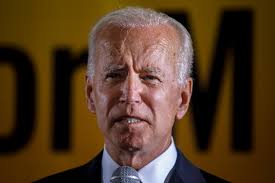 BET co-founder Robert L. Johnson had a blistering reaction to Joe Biden's remarks that have sparked accusations of racism regarding how black Americans vote in the upcoming election.

The presumptive Democratic presidential nominee raised eyebrows during an interview with Charlamagne tha God on the radio show "The Breakfast Club" as he defended his record with the black community.

“I tell you if you have a problem figuring out whether you’re for me or Trump, then you ain’t black,” Biden said.

Johnson slammed the former vice president and suggested he apologize to "every black person he meets."

"Vice President Biden’s statement today represents the arrogant and out-of-touch attitude of a paternalistic white candidate who has the audacity to tell Black people, the descendants of slaves, that they are not Black unless they vote for him," Johnson told Fox News. "This proves unequivocally that the Democratic nominee believes that Black people owe him their vote without question; even though, we as Black people know it is exactly the opposite. He should spend the rest of his campaign apologizing to every Black person he meets."

Later Friday, Biden walked back those remarks during a conversation with black business leaders, stopping short of a full apology. 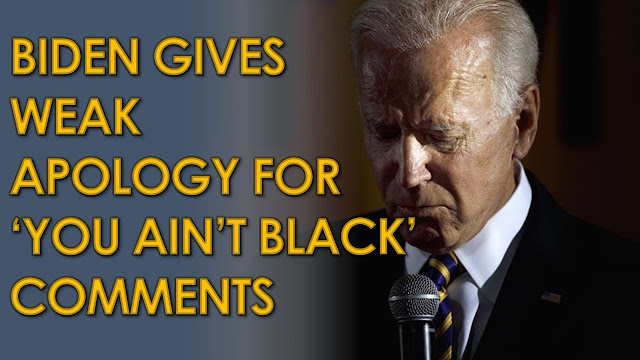 This walk back is a shift from what the statement Biden campaign senior adviser Symone Sanders issued earlier in the day, insisting that Biden's remarks were "in jest."

The comments made at the end of the Breakfast Club interview were in jest, but let’s be clear about what the VP was saying: he was making the distinction that he would put his record with the African American community up against Trump’s any day. Period.

However, it's unclear whether some prominent black groups will weigh in on the controversy. Fox News has reached out to the NAACP and the Congressional Black Caucus for comment. 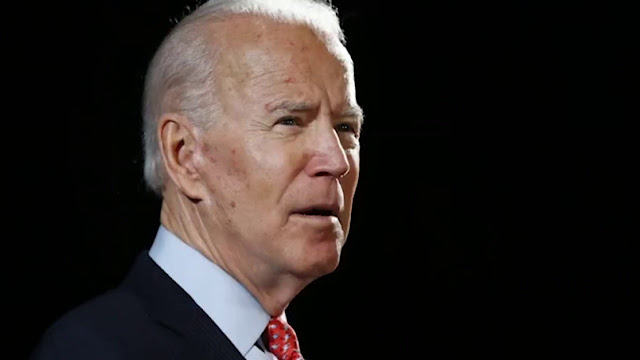 "Joe Biden’s comments demonstrate how Democrats take Black votes for granted," tweeted Hill, who hosts BET News. "It’s sad how often Democratic candidates become indignant when asked about an actual Black agenda. His response, whatever his intention, was reflective of a broader and deeper problem."

He also called Biden out for previous comments he made about Republicans trying to put black people "back in chains." For Hill, Biden's "smug and condescending" interview that day had broader implications for the way black people related to Democrats.

"This Joe Biden interview is precisely why we gotta stop giving White people 'invitations to the cookout' or fictive kinship status like 'uncle.' We can no longer applaud and reward liberal white people for showing basic decency or, worse, merely hiding their racism."

Hill's comments represented just some of the many attacks on Biden's remarks. “I tell you if you have a problem figuring out whether you’re for me or Trump, then you ain’t black,” Biden said during an epsiode of "The Breakfast Club" on Friday.

"He truly believes that he, a 77-year-old white man, should dictate how Black people should behave,” Trump senior adviser Katrina Pierson said in a statement.

Biden's record on race came under scrutiny earlier in the campaign season when he defended working with segregationist senators. He also notably described then-Sen. Barack Obama as "the first mainstream African-American who is articulate and bright and clean."