Science Says: Lockdowns Could Kill More Of Us Than The Coronavirus 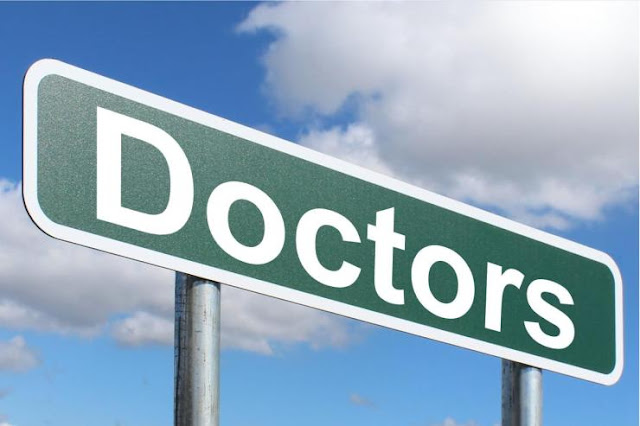 We’ve listened intently as mainstream media outlets, both print and broadcast, have lectured us and the rest of America on the lifesaving virtues of the Wuhan virus lockdown. While it may well be true that it saved lives from the virus, what about the lives lost to the lockdown?

The economic devastation from the lockdown has had brutal consequences, in particular for small businesses, their owners and their often low-wage employees. With 38.6 million suddenly unemployed and applying for benefits, jobless rates shooting toward 20%, and bankruptcies crushing major industries, such as retailing, the near-term outlook is grim if the lockdowns continue.

Contrary to the now-trite progressive chant of “we’re all in this together,” those at the struggling bottom rungs of our once-thriving economy bear the brunt of the lockdown — not the privileged minority with secure government jobs or stable stay-at-home telecommuting gigs impervious to such things as shutdowns.

No, we’re not “all in this together.” And doctors, economists and others are concluding that the costs in lives lost may actually exceed the benefits, a classic case of the cure being worse than the disease.

A group of 600 doctors recently signed a letter sent to the president seeking an end to the lockdown. These doctors braved the opprobrium and possible political harassment from some of their fellow citizens to warn us all that the number of suicides from the lockdown’s crushing economic and psychological effects appears to be soaring.

“We are alarmed at what appears to be the lack of consideration for the future health of our patients. The downstream health effects of deteriorating a level are being massively under-estimated and under-reported. This is an order of magnitude error,” the letter said.

“The millions of casualties of a continued shutdown will be hiding in plain sight, but they will be called alcoholism, homelessness, suicide, heart attack, stroke, or kidney failure,” the letter continues. “In youths it will be called financial instability, unemployment, despair, drug addiction, unplanned pregnancies, poverty, and abuse.”

As Dr. Mike deBoisblanc, head of trauma at John Muir Medical Center in the San Francisco Bay Area, recently told a local ABC affiliate: “We’ve never seen numbers like this, in such a short period of time. I mean, we’ve seen a year’s worth of suicide attempts in the last four weeks.”

Worse, badly needed medical procedures have been put off due to shutdowns.

A recent news story predicted “thousands” of cancer deaths due to postponed cancer surgeries in England. Expect nothing different here. Many Americas with life-threatening ailments also have had treatments “postponed” so that we could flatten the curve.

Those arguing loudest for a continued shutdown of our cities and towns and the enormous economy they represent are among the first to scream “science!” when anyone questions their bad ideas, including the lockdown.

Well, doctors are on the cutting edge of health science. So why don’t lockdown supporters heed their words?

In fact, we may be on the verge of a far more serious long-term plague than COVID-19: a wave of what social scientists and doctors now call “deaths of despair.“

How serious is it?

An early May study by the Well-Being Trust and the Robert Graham Center for Policy Studies in Family Medicine and Primary Care predicted 75,000 added deaths from COVID-19 lockdown-related stress and depression. But, if the economic recovery is slow and unemployment remains high, the number of deaths, the study warned, could shoot as high as 154,037.

For the record, that latter death toll is well more than the Wuhan virus is likely to kill.

“The collective impact of COVID-19 could be devastating,” according to the report, which blames lockdown-related factors such as “economic failure with massive unemployment, mandated social isolation for months and possible residual isolation for years, and uncertainty caused by the sudden emergence of a novel, previously unknown microbe.

“The economics of COVID-19 have already caused a massive jump in unemployment: job loss leading to personal and professional economic loss across all business sectors. Hourly workers as well as salaried professionals have been laid off and furloughed indefinitely.”

As we’ve said before, the predictions of disaster in states reopening have been wrong. Georgia, Florida and Texas so far are doing fine, and their economies are starting to perk up. Las Vegas, taking their lead, plans to reopen casinos in early June.

New data from the Centers for Disease Control show that coronavirus infection fatality rates (IFR) are basically only slightly worse than for a bad flu season. The current IFR rate of 0.26%, based on CDC data, is way below the 3.4% (and higher) rates that the World Health Organization and others used to scare us and shut down much of the global economy.

The lockdown may turn out to be one of the worst policy mistakes in American economic history. If so, it prompts the question: Did we really need to shutter our powerful economic machine to control the virus?

It sure doesn’t look that way. Not only will we be saddled with lower incomes, lost revenues and trillion-dollar deficits for years to come as a result of the lockdown and uncontrolled government spending, but working Americans who had made such nice economic gains in recent years will start slipping down the income ladder.

That will lead to a tragic, but sadly predictable, uptick in depression, drug use, alcohol abuse and suicide, among other outcomes, as we recently wrote. It may well be those, and not COVID-19 deaths, will be the lasting, tragic legacy of the Wuhan virus.

To repeat: It’s time we ended this insane national lockdown, if only to restore some sense of normalcy to America. And maybe save tens of thousands of lives while we’re at it.