Why the Lockdown Lost 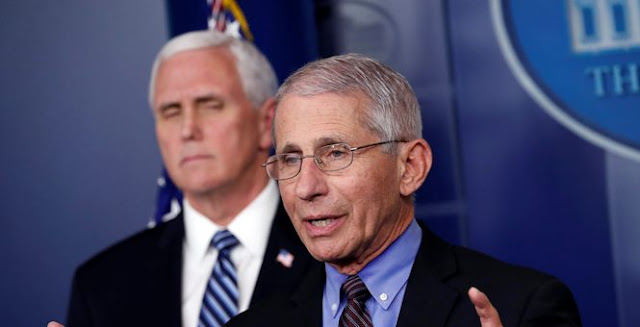 The nationwide lockdown during the 2020 global COVID-19 crisis will be the debate of historians for decades to come.

On one side, pointy-brained lab coats in ivory towers, some of whom had been less-than-successful physicians, found themselves anointed with the inebriation of power.

Hollywood stars invited them onto their podcasts. News networks fawned at how they seemed so much more enlightened than the orange man. Their nightly appearance on cable news and network-wide daily two-hour press conferences caused more people to know their name than at any time of their career.

With so many trappings their doom was sure, but the price of that failure cost more lives than it should have.

But it wasn’t just Fauci’s fault. Inept governors running huge budget deficits tried to scapegoat their failures in financially upside-down states on the virus and simultaneously skate their way out of jams. California, Illinois, and New York were in ruinous shape prior to COVID-19. By going along with the ivory tower lab coat, by pinning blame on the orange man, and by believing their own press, these disasters in office could improve their personal standing.

But it all blew up.

Who thought it would be best to only allow treatments for COVID-19 to be applied in hospital settings as opposed to frontline primary care physicians' offices? By doing so we exhausted hospital staffs and actually caused infection to worsen to less curable stages.

Who thought it was a great idea to force nursing homes to take COVID-19 cases when death amongst those aged over 70, with underlying conditions, were the ones we were all locked down to protect? What happened to preventing the “Grandma killers,” public health experts?

Who thought it would be preferable to push for vaccines—that didn’t have a financial conflict of interest involved? When inexpensive treatments were immediately available and a dozen more became available within weeks?

Where in the history of medicine have we ever quarantined the healthy? In doing so we dramatically slowed the development of herd immunity. We also didn’t vaccinate our kids, get cancer screenings, and lost life-saving surgery opportunities. We likely also weakened our natural population immunity to some bugs that we will have to now rebuild.

Who thought playing fast and loose with numbers was “good medicine?” We were told through this entire charade that everything would be data-driven. Turns out almost nothing was. And despite confusing dashboards, “presumed” cases and “lagging” data reports the media and the lab coat still largely relies on a much bigger number than what the CDC’s provisional accounting can document. And, even with those lagging indicators factored in, plain old pneumonia has taken far more lives than COVID-19. In fact, pure pneumonia (with no other ailments mixed in) has taken close to the number of lives that models predicted COVID-19 would take.

Hospitals that we were told would be over-crowded never denied a single patient a bed. And for all the dog whistles one governor could blow about ventilators, it turned out we had too many of them. Of course, that same governor never needed the big hospital ship that the military sent either.

The manipulation of the economy has had a far more devastating impact on the lives of nearly every American. But if anyone noticed and asked a question, the lab coats, the media, and the failed governors would gaslight you. They would attempt to shame you for wondering how a small business you had poured your entire life into would survive. And they would do so even (as the Heritage Foundation reported) if you lived in one of the 82 percent of the counties that reported two COVID-19 related deaths (or less.)

They have disrupted personal relationships. They have thrown accelerant onto damaged marriages. They have freaked out millions of kids who all wonder if this solitary confinement is the norm and if we will have to live like this again sometime.

Graduations and weddings and the memories that get made with them were thrown into the trash heaps.

People were forced to tell loved ones goodbye through Zoom, Google, or even text.

Lab coats in ivory towers—who never treated a single patient – went to Congress and lectured senators. While at least one of them—who is an actual physician, who not only contracted COVID-19 but once recovered—volunteered at his local hospital.

Speaking of doctors and gaslighting... Who thought it was a genius move to start ignoring thousands of physicians treating COVID-19 patients? Who thought it was better to take the opinion of a lab coat who flip-flopped on the treatments he admitted he would use if he were practicing?

Governors who did use data, creative problem solving, and actual compassion for all citizens affected were also gaslit as they began to announce and implement plans to reopen, regardless of what lab coat and their incompetent colleagues said. (It’s also fair to note that as they have with zero of the expected collapse, spike, and crisis none of those criticizing them have apologized).

Now the people—even in New York City—have begun to ask for accountability. They are defying the authoritarian Mayor and Governor, and they are living life.

Governors in three states have lost three straight cases in courts when claiming authority over the crisis. More will. Because the Constitution, common sense, and civil liberties can not now and never have been based on some unelected leader in a lab coat, nor on the bankrupt shoulders of failed governors.

They must remain the sole possession of “We The People.”

And thanks to the lockdown, it appears that we understand that better now than we have for a very long time.