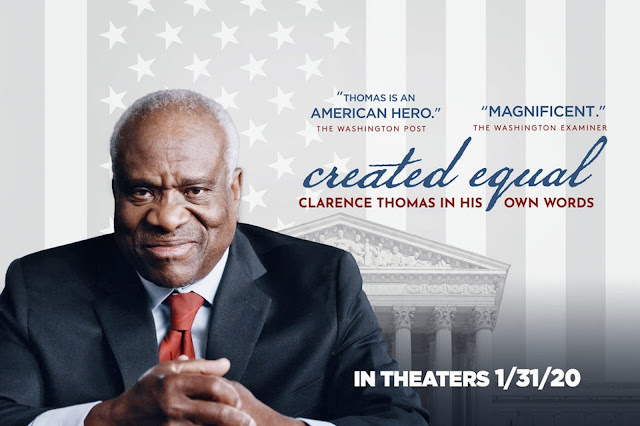 I wrote about Michael Pack’s documentary on Justice Thomas in “Clarence Thomas speaks.” The title of the film is Created Equal. We ran to one of our local suburban multiplexes to see it upon its release this past winter, in the good old days when such activities were permitted. If you missed it, however, you may want to catch it tonight on PBS, where it is scheduled to be broadcast at 9:00 p.m. (Eastern), but check your local listings. It turns up tonight at 10:00 on the schedule of our local PBS channel.

This is my take on the film. The left could not and cannot deal with Justice Thomas. They disparage him for his silence on the bench, but they don’t want him speaking out either. His comments on the Anita Hill episode — his comments then and now — are utterly devastating. Joe Biden makes a cameo appearance as a complete and utter buffoon. This section of the film should elicit feelings of rage and disgust from sentient beings, and yet the scenario is as current as today’s headlines. I am so grateful this movie exists and urge you to see it.

The Claremont Institute has sent out a notice of the PBS broadcast this evening. In their message they link to Martha Bayles’s fantastic appreciation — “A mouthful of bees” — in the new issue of the CRB. This is Professor Bayles’s take on the film: “Created Equal is one of the most moving, fascinating, compelling film biographies I have seen.”