Why can't private schools get their fair share too? 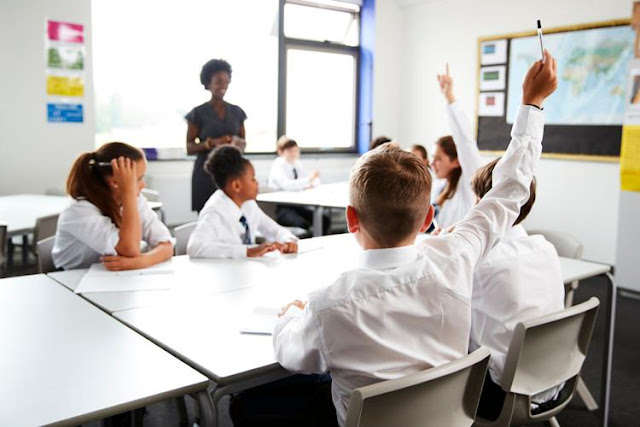 “I went to a very good private school and learned how to read and write. If I had quit school in sixth grade, I’d know as much as I know today. By the time I got to college I was bored.”
– John Waters

Last week, a national news anchor announced private schools, especially parochial schools, were taking money out of the hands of public schools and teachers since they will be receiving COVID-19 relief funds. He also condemned their decision to reopen schools within federal guidelines. He was especially critical of Catholic schools violating the separation of church and state. His ultimate dig was emphasizing that “Some of them had priests who’d been suspected of elicit sexual acts!”

The private vs. public schools debate has raged across American playgrounds and in living rooms for years. According to a recent Harris Interactive poll, one in four parents are currently considering switching their kids from public to private school due to the current civil unrest and violent protests. Most of today’s trouble makers were never taught ethics or morals in Common Core classrooms.

“Every classroom is run by a Pied Piper who is luring children away from parents.”
– Philip Wyeth

The obvious discrepancy between public and private schools is value. You do not get what you pay for with public education. Public schools are the hub of the political wheel. They are run by school boards and teacher unions who donate dues to liberal politicians. They’re literally run by liberal politicians they elect. Funding comes from the taxpayers; for them that is an unlimited income. And to top it off, every county commission in the U.S. is filled with teachers and school board members.

In contrast, you get what you pay for in private schools. They are financed by tuition, private grants and fundraising. Religious schools are subsidized by affiliated churches. Sixty years ago when the U.S. Supreme Court declared prayer in public schools unconstitutional, in Engel v. Vitale, enrollment in religious schools increased while the disorder in public school classrooms escalated.

“If we ever forget that we are One Nation Under God, then we will be a nation gone under.”
– Ronald Reagan

According to a 2018 study done by the Association of Independent Schools, 21 percent more graduates from private schools enroll in college upon graduation from high school. And twice as many private school graduates finish college with a four-year degree. They conclude: “The better curriculum they deliver, plus peer pressure from parents and teachers to perform to higher standards in and out of the classroom. This helps them excel academically and develop improved social skills and ethics.”

Facts validate private-school education is superior to public education. And children from all socio-economic environments benefit when they receive vouchers to attend private and charter schools along with other school choice programs. Yet the leftists continue to oppose all efforts to support private schools, and refuse to back legislation that allows kids from failing public schools to attend private schools, because the teacher unions that elect them fear getting budget cuts. So when they learned some private schools could get COVID-19 financial assistance, the new left came unglued.

Considering how many Americans home school, send their kids to private or religious schools and pay taxes to support the public school system they don’t us, something is wrong with the logic of the liberal left? Bernie Sanders and Elizabeth Warren scolded Education Secretary Betsy DeVos claiming it was unconstitutional to give financial relief to private schools.

“I went to public school and look at me now. Our pubic schools do a great job. There’s nothing wrong with them.”
– Elizabeth Warren

In reaction to criticism of the CARES Act, the Department of Education retorted: "Most private schools serving low-and middle-income communities are currently under great financial strain due to COVID-19. More than 100 have said they will not reopen following the pandemic. And there are hundreds more affected.”

Schools across the U.S. will get $13 billion in Coronavirus Aid, Relief and Economic Security Act funding to help alleviate budget concerns. The amount for each district is calculated via Title I eligibility, which is based on the number of students in poverty in a school. For the first time in modern history, the U.S. Department of Education has determined private schools are entitled to their fair share of aide also. And that has the new left, teachers and unions across the nation madder than a cat in a bathtub!

DoED guidelines indicate districts can use CARES funding discursively. And teacher unions and liberal politicians are outraged that money will go to private schools. When DeVos said districts must “share the wealth to provide equitable services” with all schools in their districts under Title I, they acted as if she had just robbed them from funding at gun point.

“I hate to cry and sound like sour grapes, but when I complain nobody listens to me.”
– Mike Tyson

For months, the left has whined and moaned about everything in this emergency relief act that will help all kids in all schools, especially the underprivileged in private schools. And this is contrary to their on-going bloviating about how minority children are neglected. They literally believe that only deprived kids in public schools and union teachers in public schools should receive assistance?

The left has been using America’s children as pawns in their political strategy since Jimmy Carter founded the DoED to buy votes from the teachers union. And since the DoED has existed, public schools have lost touch with localism and the need to prepare their children for jobs in their own economies. Today, every state that has a liberal governor is catering to their party at the expense of their future citizens in their own state. This is politics at its worst!

W. C. Fields said “I am free of all prejudice. I hate everyone equally. ” Since COVID-19 became a pandemic, every Republican in government has been chastised by the left and the media. President Donald Trump held China accountable on the world stage. Surgeon General Jerome Adams, a decorated Black Navy Admiral and expert in infectious diseases, has been ripped by the left for his attempts to manage this crisis. Education Secretary Betsy DeVos is now being beat up by leftists for her school assistance program. Every effort to effectively manage this crisis has been thwarted by the far left.

At a time we need statesmen to step forward and help America manage this crisis, the far left has sent politicians to the front line to fight this administration instead of helping fight this coronavirus. This has not only resulted in the loss of lives, jobs and hurt education, it has validated that they will do everything in their power to keep this crisis in the headlines and in social media until Election Day.

The only way the far left can win is to destroy every American institution and blame it on the GOP.