For Thanksgiving, Is the GOP Down to Three with the Rest Turkeys?

Diary of a Mad Voter
For Thanksgiving, Is the GOP Down to Three with the Rest Turkeys? 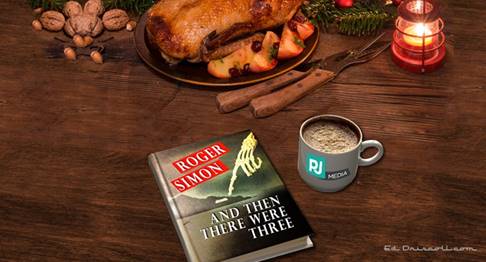 Happy Thanksgiving, fellow mad... or not so mad... voters...
Here's how I see the Republican presidential derby shaping up at what would normally be an early point in the campaign, but this year is not.  Thanks to the celebrity presence of Donald Trump, the 2016 election has turned into America's favorite reality show. And it feels as if we're on our second or third season already.  Those who haven't been watching are tuned into another channel and would likely only vote if a Kardashian were running.  And even then, one wonders.  We're well into the game, even if the political pros are telling us we're not.  (Who are they anyway?)
So where are we Thanksgiving Day?
You wouldn't know it from the way Jeb Bush is busy vilifying Trump for the billionaire's contention that The Donald saw crowds of "cheering Muslims" on 9/11, but the former governor's campaign was over before it started. It may sound cruel, but it seemed obvious  from the outset to all but the most conventional wings of the Republican Party that the GOP electorate was only marginally more interested in a renewed Bush monarchy than in a Clinton one.  No matter how this "cheering Muslims" business plays out, if indeed it succeeds in piercing Trump's Teflon (unlikely),  it won't be Bush that profits.  He's toast -- or turkey.
Who else is turkey?  Well, there's a long list.  If you look at the Real Clear Politics poll averages (isn't it incredible how those RCP guys have gone from zero to the folks everybody trusts, even lefties, in ten years?), the whole crew following Bush (who never seems to get much higher than 5%) -- Fiorina, Huckabee, Christie, Kasich, Paul, Graham, Pataki down to Santorum at 0.5% -- might as well get ready for the turkey slicer.
What?  No holiday spirit?  Too gruesome?  Okay, we'll pardon them all in the grand presidential tradition, if they'll only get out of the race.  But the question is when.  Many will hang on for Iowa, New Hampshire and South Carolina, desperately hoping to achieve at least double digits in one of those states.  They won't.  If they  would drop out now, they'd save themselves and their supporters a lot of cash, but the human ego being what it is, we can put the chances of that happening somewhere between the proverbial slim and none.

That doesn't mean that several of these people aren't worthy.  Carly Fiorina especially has shown herself to be ready for an important position in anybody's cabinet.  And I wouldn't mind seeing Chris Christie as attorney general.
But speaking of worthy, I regret to say that perhaps the most worthy person to run for president in our time is finished (or turkey).  I refer, of course, to Dr. Ben Carson, who has done things with his life no politician I can think of ever has.  Maybe if Hippocrates had run for office.  Anyway, sad as it is, Dr. Carson is gone, another victim of ISIS. His candidacy went up in flames in Paris.  As Michael Corleone said to Tom Hagen, "You're not a wartime consigliere, Tom."  Neither is Carson. And more than ever on this Thanksgiving Day we're at war. The public knows that and Carson's poll numbers are headed down.  I doubt they're coming back.
So that leaves three serious candidates -- three wartime consiglieres -- for the Republican nomination, and you know who they are: Donald Trump, Marco Rubio and Ted Cruz.

TRIGGER WARNING:  I am going to write something that may get partisans of the latter two really upset.  Despite the fact Cruz and Rubio are engaged in their own food fight (more of that in a moment), there's not a huge difference between the two men about the most important thing -- how they would be as president.  In my estimation, they'd both be pretty damn good.  They are two really smart guys, excellent communicators (far better than anything the GOP has had since Reagan) and relatively similar in their politics.  I've had the pleasure, honor, whatever you want to call it, of meeting both men and we'd be unbelievably lucky to have either -- or both, if they decided to run together.
And now for the food fight:  The rap against Rubio (exploited by Cruz) is that he's weak on immigration because of his participation in the Gang of Eight.  Rubio says he learned a lesson from that and is now for border security first.  Some say he's lying.  I don't at all.  In fact, given the Florida senator's steadfast opinions on the Syrian refugee crisis and similar issues, I'm certain he'd be a staunch border security hawk -- as would Cruz.
The rap against Cruz (exploited by Rubio) is that he is weak on security because he sought to curtail the NSA intelligence operations post-Snowden.  True enough, but here again I don't doubt for a second that Cruz would be as vigilant about our national security as anybody running -- as would Rubio.
My point -- everybody relax.  We've got two good guys here.  Let's hope they don't hurt each other too much because we don't want them wounded for the general election.

As for Donald, that's more mysterious.  It's hard to get a handle of exactly how he'd be as president but in truth -- call me Pollyanna -- I don't fear a Trump presidency, no matter what outlandish things The Donald says (well, almost).  Most of the more extreme stuff is pose and he'd certainly be the most entertaining person we've had in the White House in our lifetimes.  And considering what's been going on lately, we certainly could use it.

But most of all, and here I'm repeating myself from numerous posts,  it's the general election I focus on. This Thanksgiving, and doubtless until Election Day, I am first and foremost a Vince Lombardi voter:  "Winning isn't everything.  It's the only thing."
_________________
https://www.washingtonpost.com/politics/donald-trump-a-champion-of-women-his-female-employees-think-so/2015/11/23/7eafac80-88da-11e5-9a07-453018f9a0ec_story.html
Donald Trump, a champion of women? His female employees think so.
By Frances Stead Sellers 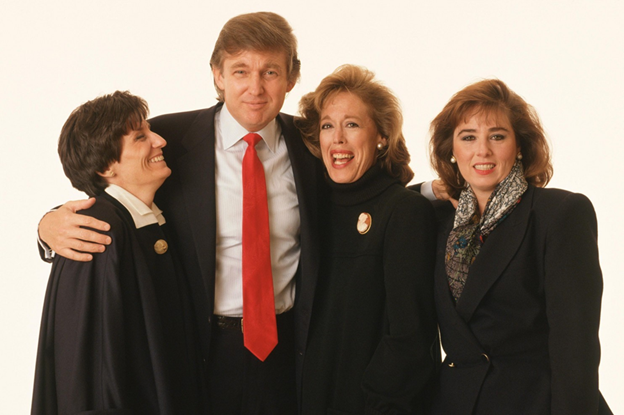