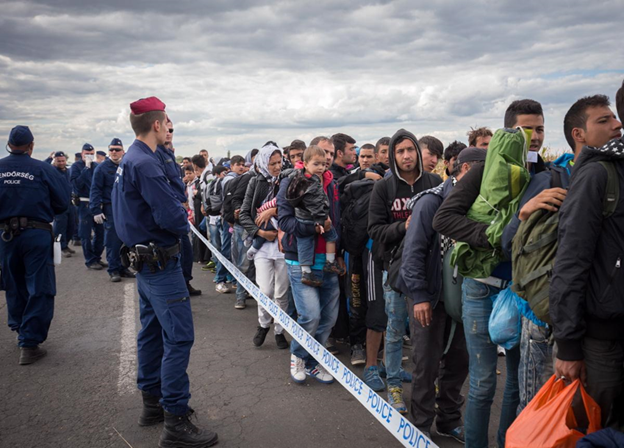 Syrian "refugees" are mainly young, Muslim men who have not been vetted
Our feckless Commander-in-Chief, Barack Obama, is fiddling with his "Climate Change" instrument while Muslim terrorists wage World War III against us.  Below is an article with details and further below are links to other stories about the horrendous terrorist attack in Paris.  That type of carnage by Muslim terrorists is headed to America, since President Obama is determined to bring more Syrian "refugees" into our country.
_________________
Two men linked to Paris attacks registered as migrants in Greece: police
http://news.yahoo.com/two-men-linked-paris-attacks-registered-migrants-greece-195255102.html 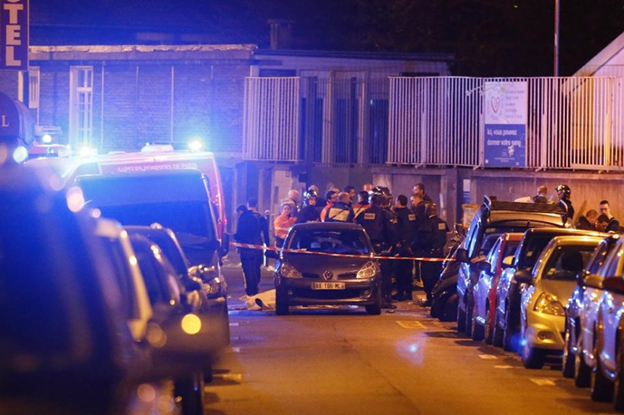 Security cordon off the area close to Rue Bichat following several attacks in the French capital Paris, on November 13
Athens (AFP) - Two men who French police are seeking to trace in connection with the Paris attacks registered as refugees with Greek authorities earlier this year, the Greek police confirmed on Saturday.
French authorities had asked their Greek counterparts to check a passport and fingerprints of one man and the fingerprints of another who were thought to have registered in Greece, which is the main entry point into Europe for Syrian refugees.
At least one Syrian passport was found at the scene of the Stade de France attack.

Greek minister for citizen protection, Nikos Toskas, said in a statement that one of the men had been registered on the Greek island of Leros in October.

"We confirm that the (Syrian) passport holder came through the Greek island of Leros on October 3 where he was registered under EU rules," said a statement issued by Toskas.

French police said the passport was found "near the body of one of the attackers" in the investigation into the main attack of Friday's carnage, at the Bataclan concert hall, where 82 people were killed.

The authenticity of the passport was being checked, but its discovery indicates a possible Syrian connection which has been a working hypothesis for investigators after assailants hit six separate locations in Paris.

A Greek police source said the second man had also registered in Greece, with TV station Mega adding this was also on Leros in August.

European security officials had long feared that jihadists could take advantage of the mass migration influx, mainly from war-torn Syria, that Europe has been experiencing since the beginning of the year.