No, Dana Loesch Isn’t A Racist White Supremacist Calling For Civil War. Are You People High? 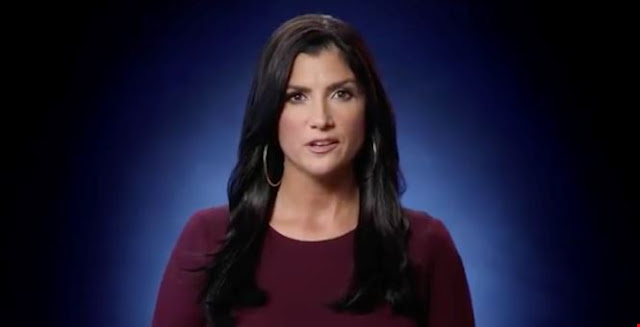 Dana Loesch says the left uses their media to assassinate real news, and their entertainers to repeat the false narrative over and over again. The only way to save our country and our freedom from their lies is to fight the violence with the clenched fist of truth. The National Rifle Association of America is Freedom's Safest Place.


Cortney grabbed this delicious thread on Twitter between Dana Loesch and liberal CNN contributor Sally Kohn, who accused the conservative commentator and Second Amendment supporter of inciting violence in her latest ad…that denounces violence.
It’s comedic theater that’s going on here, folks.
The ad features Loesch talking about the progressive left’s pervasive assault on our society and culture. They use the news media to peddle biased news, or in some cases—fake news. They use schools to tell students that President Trump is Hitler reincarnated. The Hollywood Left does their part with their cultural reach to spread left wing narratives.
All of which reaches a boiling point when ex-presidents (cough—Obama—cough), a darling of the progressive left, join the anti-Trump resistance.
That’s led to marches, chants of racism, homophobia, and other liberal nonsense that devolves into violence. It’s a powerful montage of liberals going wild in the streets, with police coming in to bring order to the situation. From setting dumpsters on fire to hitting pro-Trump demonstrators with bike locks, the left has gone nuts and uses violence in their political discourse. That’s wrong.
That’s literally what Loesch is saying. Using violence during the course of political debate is wrong, stupid, and dangerous. Yet, that’s somehow been morphed into, she’s a racist white supremacist that’s yearning for civil war.
Even liberal politicians have been unnerved.
California Lt. Gov. Gavin Newsom said that chills went down his spine.
Sen. Chris Murphy (D-CT) thought that the ad was telling people to shoot liberals.
What drugs are you people snorting? Have bath salts become a problem again?
Loesch ends the media spot by saying that she and other like-minded individuals will fight these narratives based on lies with the "clenched fist of truth." Apparently, that was the triggering phrase.
As expected, Loesch received a torrent of hate tweets.
So, we’ve gone to Loesch was inciting violence to she’s a racist for calling out the loony lefty brigade for trying to destroy buildings and set things on fire.
We’re dealing with people who have lost all grips on reality.
Loesch shot another video, where she said using violence in the context of debate from either side is “the refuge of the idiot. It is the refuge of the coward.”
She then cited instances where progressives took to the streets rioting and punching people because they didn’t like how the 2016 election turned out. That’s just life, kids. Deal with it.
Also, I know we were heavy on the rioting aspect, but remember James Hodgkinson, the avowed leftist who tried to assassinate Republican congressmen earlier this month? Shouldn’t that be condemned?
Instead, what we got from the Left and their allies in the media was this might have been a “self-inflicted” incident.
House Majority Whip Steve Scalise (R-LA), who blessedly is out of critical condition after being shot in the hip, was on the verge of death when he was rolled into the hospital.
But he’s a conservative Republican, so he deserved to be shot. That’s certainly been insinuated—absolutely horrific.
So, in closing, Dana Loesch is not a racist. She’s not calling for civil war. She simply was denouncing leftist violence and said watch out because she’ll be there with an army of her own to fight the Left on the battlefield of ideas.
It might be a good time to renew those NRA memberships. I’m considering a lifetime membership myself.


https://townhall.com/tipsheet/mattvespa/2017/06/30/no-dana-loesch-isnt-a-racist-white-supremacist-calling-for-civil-war-are-you-people-high-n2348842?utm_source=thdailypm&utm_medium=email&utm_campaign=nl_pm&newsletterad=
Posted by Frances Rice at 9:20 AM