A Citizen Speaks Out About The Trump-Hating Liberal Media 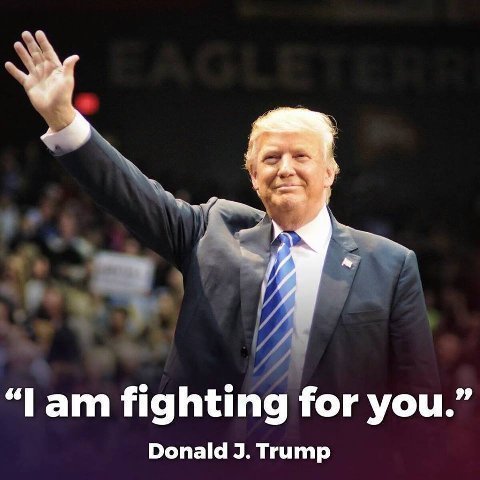 Below are the comments by a citizen, with the moniker “EightBelles,” when President Trump was criticized for punching back on Twitter against the vicious comments made against him by MSNBC hosts Joe Scarborough and Mika Brzezinski. Trump called them "low I.Q. Crazy Mika" and "Psycho Joe."
______________


I understand how Trump got elected. But the election is over and has been for 8 months. If you haven't noticed, in political terms, last November might as well have been 10 years ago.
Now we have a president who was chosen by the people, however reluctantly, and he's doing the job he was elected to do - the extent he can, when the MSM and activist judges aren't getting in the way.
The MSM hates this president because he doesn't curry their favor. They hate his policies because they are out of touch with reality. The MSM has become an enemy to this country. They stopped caring about the voters years ago. They think voters are stupid, especially for choosing Trump. They think it's their job to tell us how to exercise our rights, like some unelected fourth branch of the federal government. A propaganda ministry. And they attack the POTUS personally, attacking his character, his family, etc., all because he's not their Chosen One like Obama was.
This is what you don't seem to understand: This is not just an attack on the POTUS - it's an attack on the voters who put Trump in office. And the people are sick and tired of an arrogant propaganda ministry inserting their opinions over the will of the voters. All you have to do is turn on the TV, internet, read the newspaper, etc., and our will in choosing Trump is being attacked constantly. Our intelligence in choosing our own leaders is constantly being criticized. And we are fed up.
So if the POTUS wants to fight fire with fire - guess what? It's the only thing that works.
Like I said, the MSM doesn't listen to the people anymore. Only the POTUS can stand up to them now.
Acting "above the fray" has never worked. GWB did that and what did we get in return? 8 years of Obama.
The country cannot afford to let the MSM continue to attack the POTUS with impunity. Something must change.
So I don't care how reluctantly the people chose Trump last November. Come 2020, that will be ancient history.
I'm done with this discussion. Have a good day.
Posted by Frances Rice at 8:54 PM