Direct Anger Over The Confederacy And White Supremacist Divisiveness At The Origin: The Democratic Party 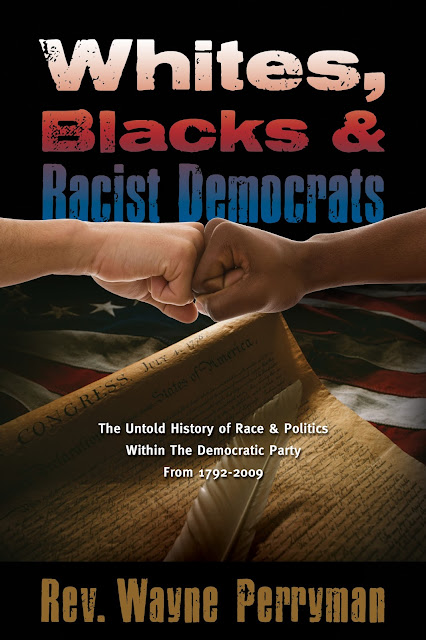 The Democratic Party owes Black Americans and our entire nation an apology.


The roots of modern-day racism and claims of "white supremacy" are planted firmly in the Democratic Party.
Today, for partisan political gain, Democrats fan the flames of racism, as they have done for over 200 years.
In his book, "Whites, Blacks & Racist Democrats," Rev. Wayne Perryman provides startling details about racism in the Democratic Party from 1792 to 2009.
Rev. Perryman describes how the Democratic Party became known as the "Party of White Supremacy" that fought to preserve slavery and enacted discriminatory laws to deny civil rights to blacks.
Additional details about the history of civil rights can be found in the book, “A Short History of Reconstruction” by Dr. Eric Foner, and the below two articles:
The Parties Did Not Switch Sides - Update: The Republican Party is The Party of Civil Rights
http://blackrepublican.blogspot.com/p/the-party-of-civil-rights-by-kevin-d.html
Civil Rights History And Current State Of Economic Equality For Black Americans


http://blackrepublican.blogspot.com/p/history-of-civil-rights-in-nutshell.html
Democrats formed the Confederacy, seceded from the Union and fought a Civil War (1861 to 1865) – a war where over 600,000 citizens were killed, including many thousands of blacks – in order to keep blacks in slavery because the Democrats had built their economic base on the backs of black slaves.


As author Michael Scheuer stated, the Democratic Party is the party of the four S’s:  slavery, secession, segregation and now socialism.
One pundit opined that, from its founding in 1854 as the anti-slavery party until today, the Republican Party has championed freedom and civil rights for blacks.
It defies logic for Democrats today to claim that the racist Democrats suddenly joined the Republican Party, after Republicans finally won the civil rights battle against the racist Democrats.
In fact, the racist Democrats declared that they would rather vote for a “yellow dog” than vote for a Republican, because the Republican Party was -- and still is --  the party for blacks.
Rev. Perryman sued the Democratic Party, demanding an apology for their history of racism based on the Democratic Party' “States Rights” claims. The case went all the way to the United States Supreme Court.
The Democrats admitted their racist past under oath in court, but refused to apologize because they know that they can take the black vote for granted.
Democrats should follow the lead of North Carolina and apologize.
The 2006 report of the Commission appointed by the Governor of North Carolina prompted the Democratic Party of North Carolina to pass a unanimous resolution in 2007 apologizing for the Democratic Party’s role in the bloody 1898 Wilmington Race Riots where dozens of black Americans were massacred.
That apology can be viewed on the Internet. In a letter to the North Carolina Democratic Party, North Carolina Lieutenant Governor Richard H. Moore wrote: “We can no longer ignore the fact that many of us grew up being taught a much sanitized – and inaccurate – history….  The truth is ugly.”
If we, as a nation, are to heal our racial wounds, move beyond racial divisiveness, we must first hold the Democratic Party accountable and demand an apology for the harm that party has inflicted on black Americans in particular and our nation in general. 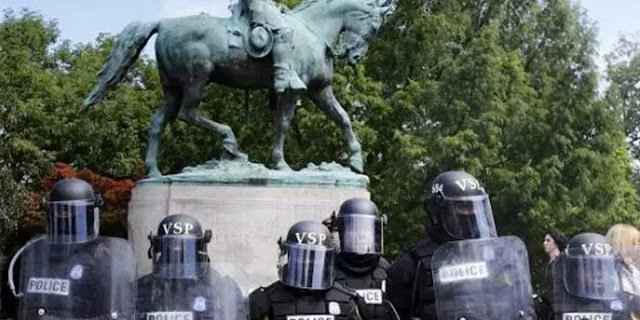 
There is a fascist threat in America, but it’s not Trump. 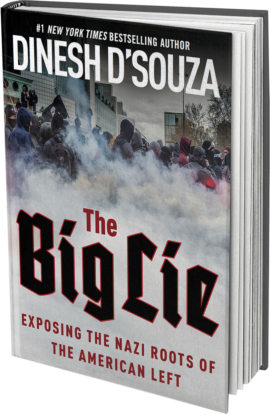 The Big Lie is an explosive new book from Dinesh D’Souza, author of the #1 New York Times bestsellers Hillary’s America, America, and Obama’s America.
What is “the big lie” of the Democratic Party? That conservatives—and President Donald Trump in particular—are fascists. Nazis, even. In a typical comment, MSNBC host Rachel Maddow says the Trump era is reminiscent of “what it was like when Hitler first became chancellor.”
But in fact, this audacious lie is a complete inversion of the truth. Yes, there is a fascist threat in America—but that threat is from the Left and the Democratic Party. The Democratic left has an ideology virtually identical with fascism and routinely borrows tactics of intimidation and political terror from the Nazi Brownshirts.
To cover up their insidious fascist agenda, Democrats loudly accuse President Trump and other Republicans of being Nazis—an obvious lie, considering the GOP has been fighting the Democrats over slavery, genocide, racism and fascism from the beginning.
Now, finally, Dinesh D’Souza explodes the Left’s big lie. He expertly exonerates President Trump and his supporters, then uncovers the Democratic Left’s long, cozy relationship with Nazism: how the racist and genocidal acts of early Democrats inspired Adolf Hitler’s campaign of death; how fascist philosophers influenced the great 20th century lions of the American Left; and how today’s anti-free speech, anti-capitalist, anti-religious liberty, pro-violence Democratic Party is a frightening simulacrum of the Nazi Party.
Hitler coined the term “the big lie” to describe a lie that “the great masses of the people” will fall for precisely because of how bold and monstrous the lie is. In The Big Lie, D’Souza shows that the Democratic Left’s orchestrated campaign to paint President Trump and conservatives as Nazis to cover up its own fascism is, in fact, the biggest lie of all.
The Big Lie is available in bookstores nationwide. Limited quantities of the book are available with an original signature by Dinesh D’Souza. Click below to reserve yours now:
https://www.dineshdsouza.com/store/product/books/big-lie-book-signed-by-dinesh-dsouza/
-----


If we are to educate our children and open their eyes to the alt-left-hate, it should be to revamp our education system, regulate school administration and teachers like businesses are regulated, and impose punishments on teachers who are biased in their teaching. Students should not be punished for their free speech in homework and essays…and should not be harassed by teachers and other students for it.
Posted by Frances Rice at 10:31 AM