Venezuela's Chaos Is the Logical End of Democrats' Vision for America 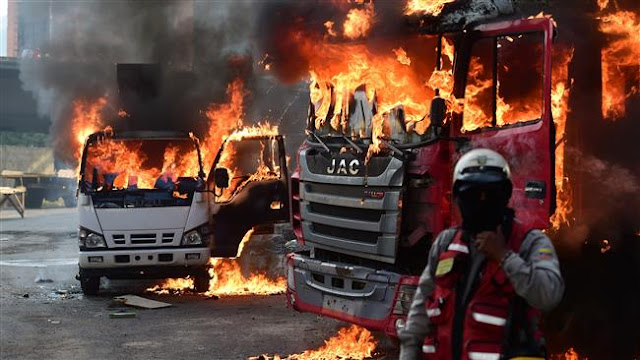 President Nicolas Maduro has no tolerance for dissent. For months, he’s used brute force to silence his critics, and most recently, families of opposition leaders have alleged that Maduro’s political rivals have been seized and shipped off to an unknown location. However, long before the current political turmoil, a number of economic crises created the civil unrest Venezuela now faces.


When It Rains, It Pours 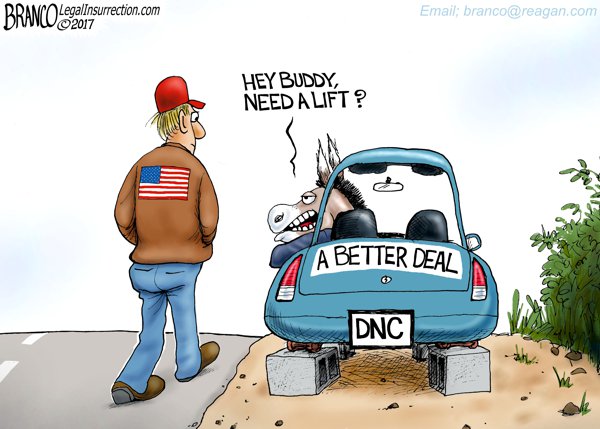 3 stories in the last 24 hours are emblematic of the lack of unity, enthusiasm, and leadership plaguing today’s Democrat Party.
1) Infighting in California: In the bluest state in the country, California Democrats are providing “a cautionary tale” for a national party that’s struggling to rebuild.
The New York Times: Democratic Fight in California Is a Warning for the National Party.
“But in recent weeks, California Democrats have emerged as something else: a cautionary tale for a national party debating how to rebuild and seize back power. Even at a time of overall success, state Democrats are torn by a bitter fight for the party leadership, revealing the kind of divisions — between insiders and outsiders, liberals and moderates — that unsettled the national party last year and could threaten its success in coming years.”


Politico Magazine: The Democratic Party’s Looming Fundraising Crisis.
“The party has a serious fundraising crisis. Over the first six months of 2017, the Republican National Committee pulled in $75 million—nearly twice as much money as the Democratic National Committee, which raised $38 million.
“The predicament isn’t simply that there is a funding gap between the parties; it’s what kind of money they attract. Republicans have quietly taken a decisive edge over Democrats when it comes to small-dollar fundraising.
“During that same six-month time span, the RNC raised $33 million in small contributions—money from people who donate $200 or less over an election cycle—while that same class of donors gave the DNC just $21 million.”


3) Yet another DWS scandal: After years of controversies, Democrats want the former DNC chair to finally disappear. Politico’s Marc Caputo notes that many Democrats view her latest scandal as “a distraction the party can ill afford.”


Politico: Blowback from staffer scandal burns Wasserman Schultz.
“Wasserman Schultz is again on defense after steadfastly refusing to explain why she continued to employ Imran Awan, an IT staffer who was under a federal investigation for an alleged equipment and data scam in the U.S. House since February.
“She finally fired him on July 25, one day after authorities arrested him on a seemingly unrelated mortgage fraud charge. He was at the airport leaving for Pakistan, after wiring $283,000 there.
“The firing came a full six months after about two dozen House Democrats dismissed four of Awan’s relatives and a friend, all of whom were under investigation with him.
“Wasserman Schultz broke her public silence on Awan last week, portraying herself as the victim of "right wing media" attacks rooted in anti-Muslim bigotry aimed at Awan and the IT group.
“But fellow Democrats are as confounded and disbelieving as ever by her penchant for making puzzling and stubborn political missteps.”


Complied by the Republican National Committee
Posted by Frances Rice at 11:14 AM