What if the media gets the President — or others — hurt? 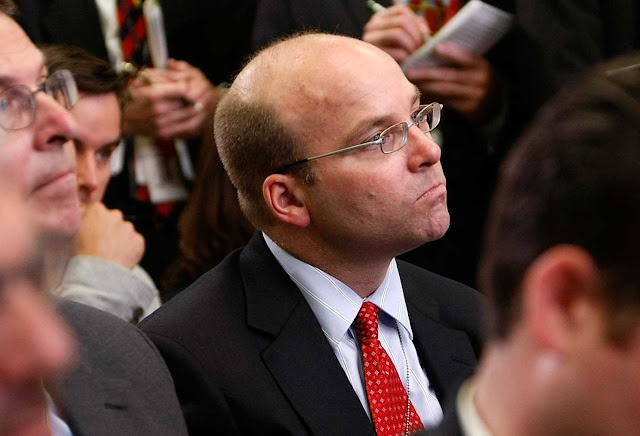 Jim VandeHei of Axios
The other day Jim VandeHei of Axios — VandeHei a longtime journalist with previous stops at the Washington Post and Politico — tweeted the following after President Trump’s Phoenix speech. A speech in which he spent time attacking the media. (And yes, mentioning yours truly.) The VandeHei tweets read:
To family/friends who support Trump: what he said last night about reporters was despicable, extremely deceptive, dangerous…
… Claim bias. Fine. Claim elitism. Fine. Claim the press hyperventilates/bloviates. Fine…
… But to say reporters erase America’s heritage, don’t love America, turn off cameras to hide truth, are to blame for racial tension…
… is just plain wrong. I worked w/ reporters like Daniel Pearl who died a gruesome death seeking truth; scores die yearly exposing facts…
… There are great Americans deeply concerned about a changing nation. God forbid one buys Trump’s mad rant and takes action…
Mr. VandeHei, whom I do not know, is a serious journalist. And out of respect his tweets deserve a serious reply from a Trump supporter. So, forthwith, an Open Letter to Jim VandeHei.
******

An Open Letter to Jim VandeHei

Dear Jim:
Thank you for your recent tweets addressed to those of us who support President Trump. Clearly sent in good faith, I wanted to take an opportunity to respond in good faith.
Let me begin this per your tweets:
… what he said last night about reporters was despicable, extremely deceptive, dangerous…
… There are great Americans deeply concerned about a changing nation. God forbid one buys Trump’s mad rant and takes action…
Are you kidding Jim? Allow me to recount some recent “mainstream” media history.
Let me recall for you that in February of 2016 your old paper, The Washington Post, published this screed from Danielle Allen , identified thusly as “a political theorist at Harvard University and a contributing columnist for The Post.”
The column compared then-candidate Trump to — Adolf Hitler.
In December of 2015 Post columnist Dana Milbank opened his column by saying this:
Let’s not mince words: Donald Trump is a bigot and a racist.
In February of 2016 the Post editorial board joined the Trump-as-Hitler frenzy saying:
First, you don’t have to go back to history’s most famous example, Adolf Hitler, to understand that authoritarian rulers can achieve power through the ballot box.
There has been much more of this kind of garbage coming from the Post, but let’s move on to the New York Times. Here’s the Times editorial board in November of 2015:
America has just lived through another presidential campaign week dominated by Donald Trump’s racist lies.
And so it has gone, with one outright lie after another from once respectable media outlets. The President is Hitler, he’s a racist, a xenophobe, homophobe, yada yada yada.
So Jim, the obvious question for some of us? Let me rephrase your tweets this way:
… what the media has said in the course of the last two years about candidate and now President Trump was despicable, extremely deceptive, dangerous…
… is just plain wrong. I worked for President Ronald Reagan who almost died because a mentally disturbed young man thought he could impress a liberal young movie actress by killing a president who, not unlike Donald Trump, had been assailed by left-wing opponents in and out of the media as a wannabe Hitler and a racist.
… There are great Americans deeply concerned about a changing nation. God forbid one buys the mad rants from the mainstream media and takes action…
In other words, Jim?
Your colleagues have repeatedly and consistently painted the 45th President of the United States in such, if I may borrow again from you, “despicable, extremely deceptive, dangerous” terms that it raises the question exactly of whether the media is going to wind up hurting the President, a Secret Service or police officer or an average American who merely is momentarily in the President’s physical presence because someone filled with this mainstream media BS “takes action.”
In fact, this has already happened to Congressman Steve Scalise.


The fact that you and so many of your colleagues do not see the effect of what you are doing is no surprise. As you know, I was fired from CNN because I tweeted out a direct quote from a sarcastic paragraph in a two-day-old column of mine in this space in which I focused on the fascist tactics of Media Matters for America. Story after story in the media about my firing referred to MMFA and its leader as mere “liberal activists” or a “liberal activist.”
Jim, have you ever spoken to Mark Stevens? In 2012 Mr. Stevens was targeted by what he calls “the usual suspects” because his non-political marketing firm in Rye, New York advertised on — among many other radio venues like CBS and Bloomberg — the Rush Limbaugh Show.
At the time MMFA was ginning up its “Stop Rush” campaign in which they went after Rush’s advertisers to stop sponsoring his show.
Mr. Stevens, who, by the way, is Jewish, suddenly found himself and his business under ferocious attack for advertising to the Limbaugh audience.
Out of the blue he was told his “every move” was now “under surveillance.”
His company was besieged with thousands of hostile emails from angry idiots around the country who self-described as “Policeman of the Internet” or “Citizen of the Internet.”
Phone calls poured in attacking his female employees as “sluts” and his physical safety was threatened.
Stevens was asked about this by Fox News host Stuart Varney, as here.
Mr. Stevens made a point of saying he was not the target of a “boycott” but rather an organized “terrorist action.”
And yet this kind of, to quote you again, “despicable, extremely deceptive, dangerous” behavior with an advertiser is blithely dismissed by the mainstream media — yes, including CNN — as just another humdrum liberal boycott by liberal activists.
What happens, Jim, when someone egged on by these people “buys Media Matters For America’s mad rant and takes action” against an advertiser?
Will the mainstream media finally reflect that not treating MMFA as I did in my column with sarcastic condemnation for their Nazi-style tactics was a mistake?
When one adds up the countless stories from college campuses across the country that have this or that conservative speaker not only shut down but threatened physically and in at least one case — Charles Murray at Middlebury College — physically attacked?
Add in the riots at some of these campuses, at the President’s inaugural, or in places like Baltimore or Ferguson, not to mention the wholesale Taliban-style effort to erase monuments that record American history (and when an ESPN broadcaster of Asian descent is moved from coverage of a college football game because his name is “Robert Lee”).
Is it any wonder that millions of Americans see the mainstream media not as the leading edge of freedom, liberty, and free speech in this country but as the leading edge of a serious attempt to silence conservatives, Trump supporters, and anyone else who dissents from the liberal/leftwing agenda of the moment?
And do so literally if not physically.
Jim, you have had a long and distinguished career. But in all candor the moral, political and journalistic blinders you and so many of your mainstream media colleagues have donned — voluntarily — is not simply maddening to millions of Americans, it is frightening.
Let me close by noting this from a previous column that mentioned Mr. Stevens.
Stevens had spoken about all the supportive emails he received after he went public about what had been happening to him.
He noticed a recurring theme from those that supported him.
His fellow Americans!
They had developed this uneasy feeling that standing up in today’s America was “like being an outspoken critic of the government under a totalitarian regime.” He paused. “We don’t have it yet,” he mused, “but it’s too much like that.”
Think of that, Jim.
An American citizen who says that the fellow Americans he heard from when they learned of the attacks on him had the uneasy feeling that he was being treated like “an outspoken critic of the government under a totalitarian regime.”
With respect, Jim?
You objected to the part of the President’s speech that, in your words, said “reporters erase America’s heritage, don’t love America, turn off cameras to hide truth, are to blame for racial tension…”
But when so many Americans view the mainstream media as exactly the would-be hand-holders for, in Mr. Stevens’ words, “a totalitarian regime” that consists of the liberal or left-wing worldview of just about anything, it would seem that you and your colleagues have some serious self-examination ahead when covering not just this President but his supporters — your fellow Americans — as well.
Thanks for your time.
Best wishes,
Jeff Lord
https://spectator.org/an-open-letter-to-jim-vandehei/
________________ 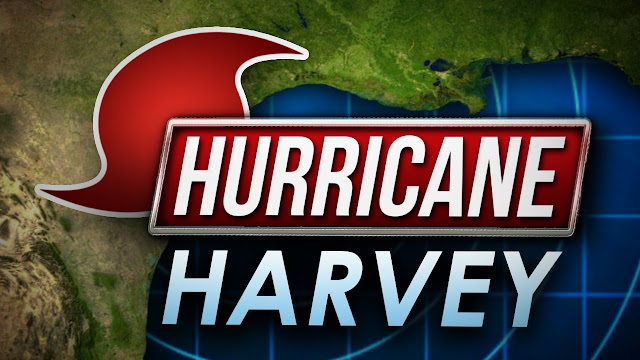 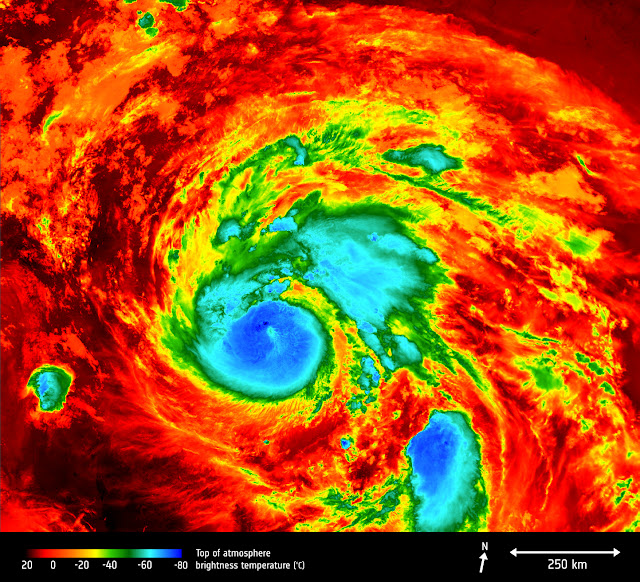 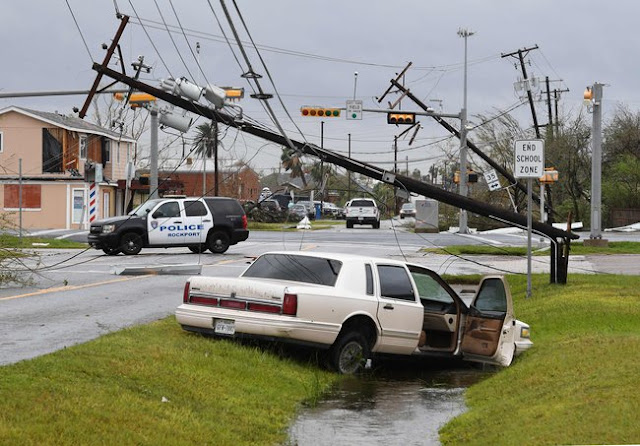 Some parts of Texas could receive up to 50 inches of rain as Hurricane Harvey continues to pound southeastern Texas, bringing "catastrophic flooding" on Sunday, the National Weather Service announced.


The White House announced Sunday that President Trump will visit storm-ravaged Texas on Tuesday.
To Read More On This, Click Here.
Posted by Frances Rice at 6:57 PM