Rasmussen Poll: Trump’s Approval Rating Among Black Voters Now 29% Vs. 15% One Year Ago 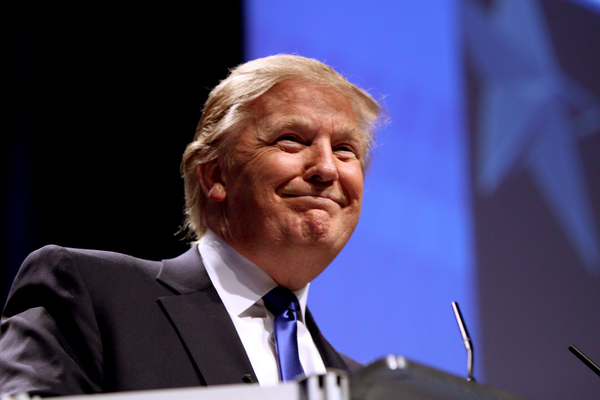 New Rasmussen poll results point to  increase in President Trump’s approval among black voters to 29% from 15% one year ago. And it would not take a huge shift in black voter sentiment to sway an election. If the results of this poll, a near doubling of support in one year, are genuine and sustainable, Democrats have reason to worry.

Although this news may sound surprising, there are valid reasons for blacks to gravitate toward Trump.

Democratic candidates generally take black support for granted, but Trump has actually made an effort to reach out to the black community.

Kanye West’s enthusiast support certainly helped Trump gain traction among black voters. In April, West endured relentless criticism from many on the left who viewed him as a traitor. However, he is  a very powerful person and his endorsement of Trump likely caused some of his fans to at least consider the possibility of supporting Trump.

Even Kim Kardashian, although not yet a Trump supporter, refused to criticize him when Jimmy Kimmel nudged her to do so.

She said, “I have nothing bad to say about the president. He has done something amazing.” Kardashian lobbied the president in June on behalf of Alice Johnson, a “63-year-old Tennessee woman who was sentenced to life in prison in 1996 on non-violent drug charges.”

Trump commuted Johnson’s sentence. Say what you will about Kardashian, but she is an extremely influential American.

He compared Trump to his predecessor, Barack Obama, the nation’s first African-American president, and said:

“This president actually wants to prove something to our community, our faith-based community and our ethnic community. The last president didn’t feel like he had to. He got a pass.”

On the campaign trail in 2016, Trump reached out to African-Americans.

At a rally in Dimondale, Michigan, he said:  “You’re living in poverty, your schools are no good, you have no jobs, 58% of your youth is unemployed — what the hell do you have to lose?”

At the time, an NBC/Wall Street Journal poll found Hillary Clinton beating him among that demographic 91% to 1%.

Two of Trump’s earliest supporters were a pair of African-American women, Lynnette “Diamond” Hardaway and Rochelle “Silk” Richardson, who became almost instant YouTube stars after posting their “Stump for Trump” videos early in his campaign.

Trump soon began touting them at his rallies and even bringing them on stage with him a few times, cementing their celebrity status.

As Trump continues his efforts to reach out to the African-American community, his poll numbers will likely solidify and even increase from here.

Hopefully, black voters will come to the realization that Democrats haven’t done much for them and aren’t worthy of their blind support.

And Democrats can underestimate Trump at their own peril.