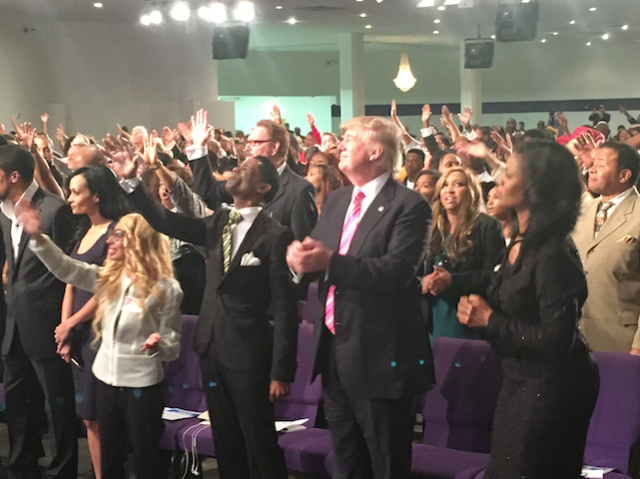 President Trump is delivering better economic news for black Americans, Hispanics and women than any other president in the past century.

That’s bad news for Democrats, who are counting on strong support from all three groups in the midterm elections.

Under President Obama, from 2009 to 2015 the incomes of black Americans fell by more than $900 per family, adjusted for inflation.

Under President Trump, black employment has grown by an average of nearly 40,000 each month. In January 2017, the black unemployment rate stood at 7.8 percent. It’s now at 6.6 percent.

The number of black Americans with a job has risen by 708,000 from last year. Not only are black wages and incomes up since the election of Donald Trump – black employment has repeatedly hit historic highs.

And it isn’t just black Americans who owe President Trump a vote of thanks. Employment among Hispanics and among women – even those with only a high school diploma – has hit the same kind of record-breaking highs.

Not surprisingly, the response from President Trump’s critics has been more of the same – tired identity politics. But it looks like the minority groups themselves are getting as tired of identity politics as the majority.

The latest poll report from the NAACP spares no effort to join in calling Trump racist, but the numbers tell a different story.

Trump won barely 8 percent of the black vote in 2016. Yet today the NAACP’s own polls show his approval rating among African-Americans standing almost three times as high, at 21 percent.

Rasmussen – the polling organization that came closest to calling the 2016 presidential election results – polls a wider and less politicized community. It announced on Twitter that black approval for Trump is now 36 percent – if not higher.

It’s not only poll numbers that reflect the trend. Some of the most notable figures in the black community – from Kanye West to Kim Kardashian to Dennis Rodman – have defied media criticism and come out as pro-Trump.

According to a Reuters poll, after Kanye West sent out a series of tweets voicing support for Trump, black community approval jumped from 11 percent to 22 percent in April. The vocal support from black community leaders is making a huge difference. And it isn’t stopping.

President Trump has unlocked the bolt the Democrats had on the minority voter. I don’t see how you can interpret the numbers any other way.

If the minority vote continues to move even slightly more in the direction of President Trump and the Republicans, it will signal a historic tectonic shift – one that could give political dominance to the GOP for decades. Maybe generations.

These poll numbers are painting a picture that could change the future of American politics.

It’s the same with women. The media tell the public that Trump treats women badly. But what the public sees is a president who has appointed more women to senior-level positions than any president in history.

Yes, black lives do matter. So do black polling numbers. But what matters most is making concrete and measurable improvements to the lives of black Americans, other minority Americans, women and everyone else in our country.

The Democratic approach has been verbal flattery and fiscal irresponsibility. President Clinton famously said to minorities, “I feel your pain.” President Obama promised hope and change – but failed to deliver.

President Trump is delivering and stopping the pain. Is it any surprise his poll numbers are turning around?

What is it about President Trump’s approach that has managed to succeed where President Obama and entire generations of liberals have failed?

Former law professors like Barack Obama may finesse arguments and make speeches in classrooms for the elite, but New York real estate entrepreneurs like Donald Trump work in the real world. They negotiate deals, work with contractors, listen to tenant complaints and grapple with regulations.

When you spend a lifetime meeting real-world deadlines, satisfying actual customers, building walls and ceilings that don’t fall down, paying vendors and employees and the tax collector, you don’t have time for identity politics.

In business you hire the best person for the job and together you meet the deadline. If you don’t, you lose the job and soon you don’t have a business.

President Trump isn’t an ideologue. He’s a pragmatist and a problem solver. He isn't interested in policy wonk theatrics. He just wants to get the job done. As a result, he has turned the Republican Party from the Traditionalist Party into the Pragmatic Party: the party that gets results. Because of him, the minority revolution has begun.

Jason D. Meister is an Advisory Board Member of Donald J. Trump for President. Visit him on Twitter: @jason_meister