The Myth of American Inequality 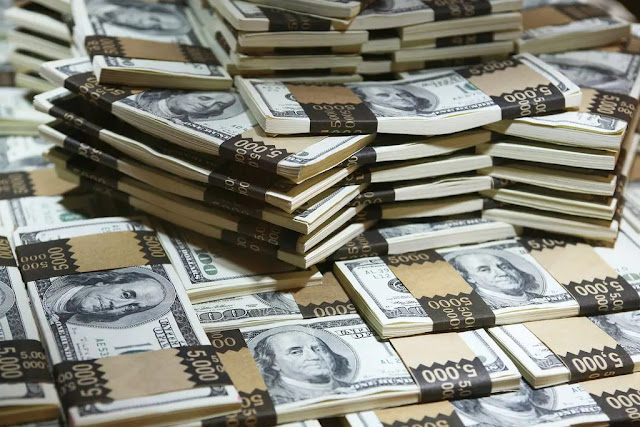 Taxes and transfers in the U.S. put its income distribution in line with its large developed peers.

America is the world’s most prosperous large country, but critics often attempt to tarnish that title by claiming income is distributed less equally in the U.S. than in other developed countries.

These critics point to data from the Organization for Economic Cooperation and Development, which ranks the U.S. as the least equal of the seven largest developed countries.

But the OECD income-distribution comparison is biased because the U.S. underreports its income transfers in comparison to other nations.

When the data are adjusted to account for all government programs that transfer income, the U.S. is shown to have an income distribution that aligns closely with its peers.

The OECD measures inequality by determining a country’s “Gini coefficient,” or the proportion of all income that would have to be redistributed to achieve perfect equality.

The current OECD comparison, portrayed by the blue bars in the nearby chart, shows Gini coefficients for the world’s most-developed large countries, ranging from 0.29 in Germany to 0.39 in the U.S.

But there are variations in how each nation reports income. The U.S. deviates significantly from the norm by excluding several large government transfers to low-income households.

Inexplicably, the Census Bureau excludes Medicare and Medicaid, which redistribute more than $760 billion a year to the bottom 40% of American households. The data also exclude 93 other federal redistribution programs that annually transfer some $520 billion to low-income households.

These include the Children’s Health Insurance Program, Temporary Assistance for Needy Families and the Special Supplemental Nutrition Program for Women, Infants and Children. States and localities directly fund another $310 billion in redistribution programs also excluded from the Census Bureau’s submission.

This means current OECD comparisons omit about $1.6 trillion in annual redistributions to low-income Americans—close to 80% of their total redistribution receipts. This significantly skews the U.S. Gini coefficient.

The correct Gini should be 0.32—not 0.39. That puts the U.S. income distribution in the middle of the seven largest developed nations—the red bar on the chart.

The poorest fifth of U.S. households receive 84.2% of their disposable income from taxpayer-funded transfers, and the second quintile gets 57.8%. U.S. transfer payments constitute 28.5% of Americans’ disposable income—almost double the 15% reported by the Census Bureau.

That’s a bigger share than in all large developed countries other than France, which redistributes 33.1% of its disposable income.

The U.S. also has the most progressive income taxes of its peer group. The top 10% of U.S. households earn about 33.5% of all income, but they pay 45.1% of income taxes, including Social Security and Medicare taxes.

If the top earners pay smaller shares of income taxes in other countries, everybody else pays more.

The bottom 90% in France pay nearly double the share their American counterparts pay.

Even in Sweden—the supposed progressive utopia—the top 10% of earners pay only 5.9% of gross domestic product in income-related taxes, 22% less than their American peers.

Even these numbers understate how progressive the total tax burden is in America.

The U.S. has no value-added tax and collects only 35.8% of all tax revenues from non-income-tax sources, the smallest share of any OECD country.

Most developed countries have large VATs and collect a far larger share of their state revenue through regressive levies.

When all transfer payments and taxes are counted, the U.S. redistributes a larger share of its disposable income than any country other than France.

The progressive dream of an America with massive income redistribution and a highly progressive tax system has already come true.

To make America even more like Europe, these dreamers will have to redefine middle-income Americans as “rich” and then double their taxes.

Mr. Gramm, a former chairman of the Senate Banking Committee, is a visiting scholar at the American Enterprise Institute. Mr. Early served twice as assistant commissioner at the Bureau of Labor Statistics and is president of Vital Few LLC.