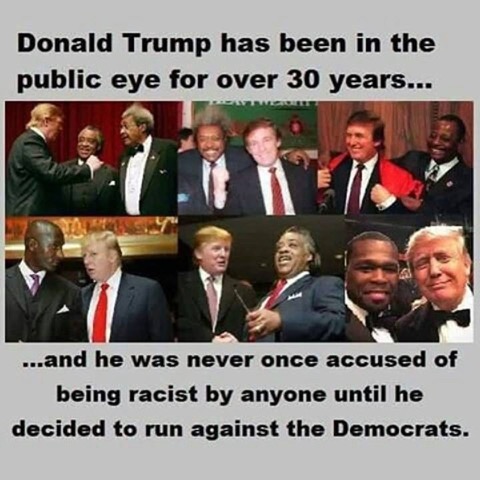 In his article, Raynard points out that “Black folks like Rev. Jesse Jackson, Al Sharpton, and Oprah Winfrey, who now want to brand Trump as a racist, didn’t seem to mind associating with the “Apprentice” star when he just owned casinos and restaurants.” 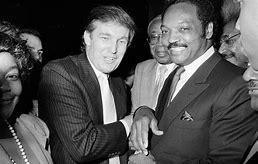 Click here to view a video where Jesse Jackson praises and thanks Donald Trump for a lifetime of service to African Americans.

Raynard’s article provides details about how Trump has always been supportive of black people.

Below  are the salient facts included in his article. To read the entire article, click here. 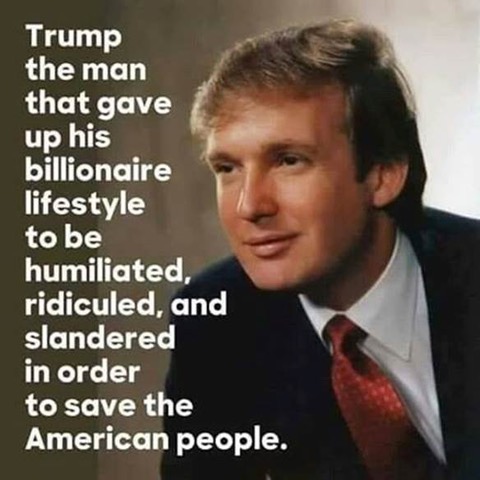 “For decades, Trump has been the toast of New York City elites and the media has always clamored to get interviews with Trump. Anyone who spends time in the Big Apple knows that stories about Trump sell newspapers and his TV interviews garner epic ratings.

"Even before Trump opened his hotels in Atlantic City, N.J., both ordinary people and celebrities would line up to get pictures with Trump; the real estate tycoon would parade very influential and aspiring politicians into his office and have them grovel for his support and money; and they were happy to do it, especially if there was a news crew around.

"In a similar manner, the Reverend Al Sharpton cozied up to Trump quite a bit in the 1980s and beyond, according to a detailed expose in the National Review.

"They had mutual business dealings together that seemed to be based on each of their personal agendas. They each had something that the other wanted and needed and struck deals based on this set of mutual interests.

"Trump both raised funds and contributed thousands of dollars to Sharpton-backed causes over the years according to National Review.

"Even Oprah Winfrey got in on the act.  She and Trump were known to have socialized together on occasion according to Fortune magazine.

"These Black folks who now want to brand Trump as a racist didn’t seem to mind associating with him when he owned casinos; when he was one of the biggest boxing promoters in the world; when he flew them around on his private jets and helicopters, or when he invited them to appear on his “Apprentice” TV show.

"So, the question that I ask Black America and White liberals is this: When did Donald Trump suddenly become a racist?

"Before he entered the world of politics, he was branded as the life of the party; now that he is president, he is being branded as a racist.

"For a racist, Trump seems to have a very eclectic group of friends from all walks of life.

"An interesting point of fact is that Mar-a-Lago is located in Palm Beach, Florida, one of the wealthiest communities in the United States. Two of Mar-a-Lago’s competitors—the Palm Beach Bath and Tennis Club and The Everglades Club—have notoriously refused to admit Blacks.

"The Miami New Times reported that Hollywood legend Sammy Davis, Jr. was once kicked out of The Everglades Club, “because he was Black and Jewish.”

"In comparison, according to a Complex.com article on the “25 Most Outrageously Exclusive Social Clubs in America” Trump’s Mar-a-lago club, doesn’t discriminate against anyone who can afford the $150,000 initiation fee and $7,000 in annual dues.

"The Wall Street Journal reported that, in 1996, “Trump filed a lawsuit in the U.S. District Court in Palm Beach, alleging that the town was discriminating against Mar-a-Lago, in part because it is open to Jews and African Americans.”

"To those who are instinctively going to disagree with this column, please answer my simple question: When did Trump become a racist?"
Posted by Frances Rice at 11:04 AM