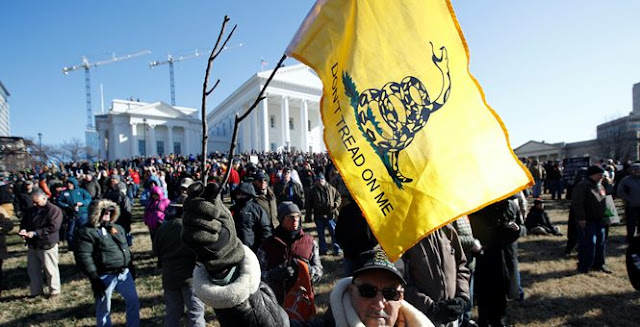 With the November general election less than six months away, results of local and special elections are giving an eye-opening preview of possible voter behavior. While recent polls still show Democratic hopefuls, including presumed presidential nominee Joe Biden, edging out their Republican counterparts in competitive parts of the country, actual ballots are telling a very different story.

Special congressional elections in California and Wisconsin this month both yielded Republican victors after Democrats launched strong campaigns in other races. In California, Republican Mike Garcia beat Democrat Christy Smith by almost 10 points after receiving 10,000 fewer votes in the primary election just two months earlier. Garcia replaced Democrat Katie Hill, who resigned at the end of 2019, flipping a California House seat from blue to red for the first time in more than 20 years.

As stunning as Garcia's resounding victory for Republicans in California was, however, a shocking GOP blowout in the Staunton, Virginia city council election this week has given Democrats a reason to be alarmed.

Like many cities in Virginia through the last several years, Staunton has trended toward liberal candidates in national and municipal elections, supporting Barack Obama in both the 2008 and 2012 elections, and Hillary Clinton in 2016. The city also helped buoy Democratic governors Terry McAuliffe and Ralph Northam to victory in the past two gubernatorial elections while consistently electing a majority of Democrats to the city council.

Following the 2019 'Blue Wave' in Virginia legislature elections, however, residents of Staunton, which is supported in large part by private liberal arts college Mary Baldwin, came out in droves to support Republicans this week. Three Democratic council members lost to their Republican challengers in an unprecedented sweep by the GOP with a voter turn out that smashed previous election cycles.

More than 17,000 votes were cast in the in the election in which all four council members were vying to protect their seats. The last Staunton election for all four members was in 2016 in which fewer than 7,000 votes were cast. One Virginia political analyst, Chris Graham, of the Augusta Free Press described the results as "stunning almost beyond words."

Noting the eye-popping voter turnout, Graham credited Democrats for getting more votes than they did in the last cycle. However, Republican voters left no chance for defeat, with a turnout "more akin to, not quite a presidential year, but approaching gubernatorial their rivals at polls," according to Graham.

Following the 2019 Virginia election in which Democrats took control of the state senate and the House of Delegates, liberal policy pushes by local lawmakers and Governor Northam have soured residents of the state on many Democrats. Anti-gun legislation signed by Northam earlier this year drew massive protests in the state capital of Richmond and have drawn a line in the sand between residents and progressive lawmakers.

Northam also angered Virginians at the onset of the Wuhan coronavirus pandemic in the state, becoming one of the first Democratic governors to enact strict lockdown orders and called for a shutdown into mid-June just weeks into the crisis. He has since eased on his stringent orders for the state, but as he keeps the most populous counties in the northern part of the state on continued restriction and continues with a very slowly phased reopening plan everyone else, criticism against him remains at a fever pitch.

Election analysts and representatives of the August County Republican Committee agree that the unpopular gun legislation and Northam's response to COVID-19 factored into the GOP shellacking in Staunton this week.

"I’m rarely shocked by something that happens in politics, but I have to admit, I didn’t see this one happening," Graham said in a post-election analysis.

"This turning point for the city shows that the citizens want a change in their government," Austin Armentrout of the ACRC told Townhall. "Many people are getting involved in politics and making their voices heard around our country, and it is resulting in Republican victories. The Staunton City Council Election was one of many in the Commonwealth of Virginia that show a growing momentum for Republican candidates that will carry through into November when President Donald Trump and Congressman Ben Cline [R-VA 06] are re-elected."

With Republican victories in California and Virginia already on the books for 2020, Democratic Party operatives will be forced to look at how to reach voters clearly frustrated with state lockdowns that are almost entirely perpetuated by Democratic governors. Likewise, Democratic congressional candidates and incumbents must stand behind their actions during the last two years in which they pushed an unfounded impeachment of the president and blocked attempts to help Americans during the pandemic.

The trouncing in Staunton, a city that has supported almost every Democrat for more than 15 years, is a bellwether that Democrats across the country would be foolish to ignore.