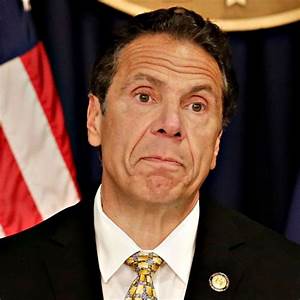 Texas and Florida put their economic reopenings on pause Friday amid new coronavirus flare-ups, and you can almost feel the Schadenfreude rising from newsrooms and Democratic offices. Serves those Republican-run states right for opening so quickly!
The truth is that those states began reopening several weeks ago, and not all states that have reopened have had major outbreaks. The causes of the flare-ups are varied. Some may spread among young people ignoring social-distancing advice. Border counties in Texas have been especially hard hit, perhaps from cross-border migration from hard-hit Mexico. Houston had 60,000 people at the George Floyd funeral and demonstration three weeks ago, and masks weren’t ubiquitous.
The outbreaks are worrying, but the reopening was always going to require trial and error. Opening up bars to regular business may have been a mistake, and now Florida and Texas are shutting them down or limiting the number of patrons. The flare-ups should cause people to be more cautious, but they don’t justify the economic and public-health damage of strict new state-wide lockdowns.
As for chutzpah, the prize goes to New York Gov. Andrew Cuomo, who reveled in the misery of others on Friday: “Oh, I say to them all, look at the numbers. You played politics with this virus and you lost. You told the people of your state and you told the people of this country, White House, ‘Don’t worry about it. Just open up, go about your business, this is all Democratic hyperbole.’ Oh, really? Now you see 27 states with the numbers going up. You see the death projections going up.”
To reinforce his thumb in the eye, Mr. Cuomo declared that travelers to New York from Utah, Arizona, Texas, Arkansas, Alabama, North Carolina, South Carolina and Florida will need to quarantine for 14 days. The order applies to states either with a positive-test rate over 10% or more than 10 in 100,000 residents testing positive per day over the last seven days. This will be difficult to enforce, but Mr. Cuomo said New York police may pull over cars with out-of-state licenses.
This comes with ill-grace from the man whose state still has by far the most virus infections and deaths. He’s also contradicting his own statements from earlier in the pandemic. When Rhode Island Gov. Gina Raimondo in March had police stop cars with New York license plates, Mr. Cuomo threatened to sue and tweeted, “We will not let New Yorkers be discriminated against.” Now he’s discriminating against other states, and notice that just one of his eight target states is run by a Democrat.
Mr. Cuomo is responsible for the single worst public-policy mistake of this pandemic: His administration’s order requiring nursing homes to accept Covid-19 patients from hospitals. That bad judgment let the virus rampage through institutions with the most vulnerable populations. Florida has some 4,000 homes for assisted senior living but locked down those facilities and it tests every worker at those institutions every two weeks.

None of the new state flare-ups come close to the severity of New York’s. New York state’s average positivity test rate exceeded 30% in late March and peaked above 50% in early April. Deaths are a lagging indicator, but New York had more than 900 fatalities a day at the peak. That’s more than as many daily deaths as there are in the entire U.S., with the exception of Friday when New Jersey reclassified some 1,854 deaths as probable from the virus.
The Statista website, which tracks Covid deaths, reports that as of June 26 New Jersey (167) and New York (161) had far and away the most virus deaths in the country per 100,000 people. Arizona had 21, Florida only 15, and Texas eight.
Perhaps Mr. Cuomo is touting outbreaks elsewhere because he hopes they will help people forget his record. He ought to be thanking everyone, in Washington and other states, who helped New York in its hour of desperate need.