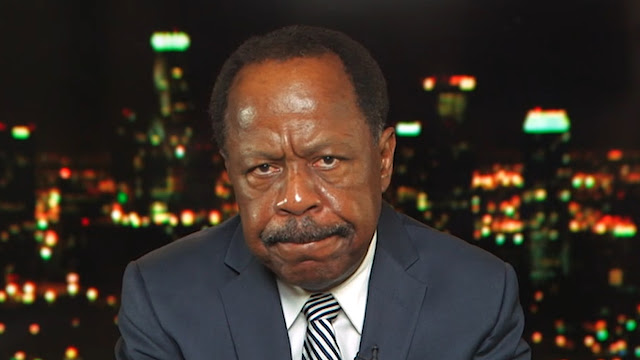 "This is why Black Lives Matter is basically, in my opinion, the Al Sharpton of the 21st century. They're profiteers. They are profiting on trying to give a narrative, a false narrative that is white racist cops, deaths destroying the black community," Terrell told host Mark Levin.

"You point out Chicago. No [BLM] presence walking through the neighborhood protesting to stop black-on-black crime. Al Sharpton goes to the George Floyd funeral. You use a funeral to launch a campaign speech attacking Donald Trump. I don't see Al Sharpton in Chicago. That 3-year-old kid who was killed. You know why? Because it's not profitable. There's no money to be made."

"They don't know what they're talking about. This is not 1960. We don't have Bull Connor and the German shepherds," Terrell said. "This is 2020. I an African-American on your show. It's not like it was 50 years ago. But Black Lives Matter and the Democratic leadership wants you to think it's 1960. Well, I'm sick of that narrative."

Levin asked the civil rights activist if Black Lives Matters was a "growing element" within the Democratic Party.

Terrell said he believes "the most insulting" reason Democrats are afraid of the movement is that they think they speak for all African-Americans.

"Let me be clear, Black Lives Matter does not speak for Leo Terrell. And there is no representative, there is no monolithic group like Black Lives Matter that speak for African-Americans," Terrell said. "We are individuals and we have our own individual opinion. I can assure you those African-Americans in these Democratic cities, they want law and order." 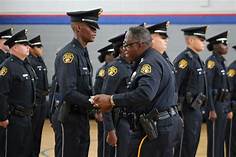 The 24/7 fake news media insists that the mob is tearing down statues, smashing windows, looting, and burning down cities because a bad cop killed a man. I don't think so.

Does the mob burn down hospitals when a bad doctor kills a patient? No, why not? Because there is no advantage to the rulers of the mob in burning hospitals to the ground. The phrase "mob rule" is a misnomer because the mob is not self-ruled, the mob does not rule the mob, the mob has leaders. ANTIFA and Black Lives Matter (BLM) are racist, supremacist, anti-American domestic terrorist organizations. Their leaders advocate the overthrow of the U.S. government, reverse discrimination, and eliminating police departments.

In a civilized society there are lawful remedies to remove bad cops and bad doctors. It can be legitimately argued that it is difficult to remove bad cops and bad doctors because their unions and licensing boards are self-monitoring and self-governing. Police unions require too many infractions for removal, and medical doctors can simply move to another state and practice elsewhere without any limitation or public disclosure. In a civilized society, the remedy for these difficulties is changing the guidelines for removal, or even the structure of the governing bodies themselves.

The Fraternal Order of Police (FOP), the largest fraternal organization of sworn law enforcement officers in the United States has over 330,000 members organized in 2,200 chapters (lodges) across the country. According to the FOP:

"The five-cornered star tends to remind us of the allegiance we owe to our Flag and is a symbol of the authority with which we are entrusted. It is an honor the people we serve bestow upon us. They place their confidence and trust in us; serve them proudly. Midway between the points and center of the star is a blue field representative of the thin blue line protecting those we serve. Within the half circle over the centerpiece is our motto, 'Jus, Fidus, Libertatum' which translated means 'Law is a Safeguard of Freedom.'"

The thin blue line is what keeps society from descending into violent chaos.

The advantage of tearing down statues, smashing windows, looting, and burning down cities for the rulers of the mob is overwhelming social chaos to make the country ungovernable. Why? Because social chaos is the prerequisite for seismic social change. The mob rulers fully intend to fundamentally transform America and replace our constitutional republic with socialism.

Antifa and BLM are foot soldiers of the revolution. The identifiable mob leaders are contracted by the unobserved globalist elite. It is the globalist bosses who are directing the social chaos by funding and fomenting mob violence, and by neutering the police force with radical leftist stand-down policies.

Voter beware! The goal of the radical leftist Democrat party and their globalist bosses is not regulatory reform. Their ultimate goal is to replace the existing blue police force with their own mercenary stormtroopers. Antifa and BLM will become the brownshirts of the new normal in America. The radical leftist Democrat war on police is the last stage in the globalist war on America.

Social chaos in Minneapolis, Portland, and Seattle are the blueprint for establishing autonomous zones that will fundamentally transform America from freedom to tyranny. Parallel NO-GO zones established by Islamists in European countries have been stunningly successful in eliminating the laws and law enforcement of the host country, and in fundamentally transforming the zones from freedom to tyranny under Islamic sharia law.

Eliminating the police force and dissolving the second amendment are the strategic goals of the globalist initiative that leave Americans totally unprotected and vulnerable to globalist takeover. Without the protection of the thin blue line, the globalist elite bosses can win their war on America. All they have to do is convince Americans that all cops are bad cops. Corporate sponsors of BLM and Antifa support the globalist effort with virtue signaling platitudes.

The globalist mainstream media promotes the globalist effort with demonstrably false accusations of systemic racism that are repeated incessantly. The war on America is a comprehensive attack on American freedom. Law is a safeguard of freedom, and there is no rule of law without law enforcement. Of course the ultimate target of the revolution is the police. The thin blue line is what stands between anarchy and freedom. What the useful idiots protesting in support of Antifa and BLM do not realize, is that after the chaos comes the tyranny of globalist oppression.

There are no individual freedoms in the New World Order of the globalist elite. The unified globalized world is a binary socio-political system with the globalist ruling elite at the the top of the pyramid, and the enslaved population who serve them below. Globalism is the twenty-first century name for feudalism. The New World Order is the very old system of masters and slaves.

VOTER BEWARE! The radical leftist political mob in Washington plans to use your vote to transfer your freedoms, your liberties, and your constitutional rights to the waiting globalist elite. Political Armageddon is scheduled on November 3, 2020.