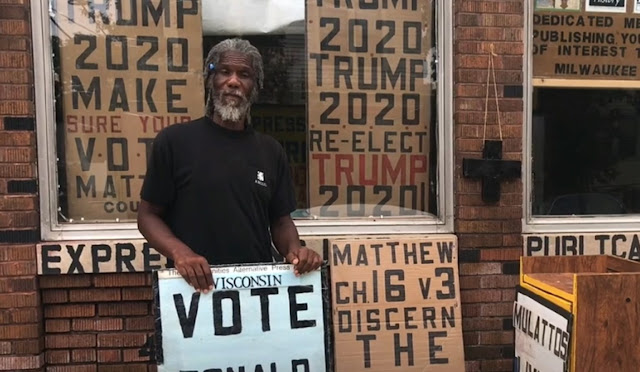 When they say “Black Lives Matter,” it is clear the left does not mean black lives like the one of Bernell Tremmell.

Tremmell was well-known in his Milwaukee community for being an outspoken advocate for President Donald Trump. He would spend his days out in the heat at City Hall or in his neighborhood with his homemade signs urging people to reelect the president in November.

On Thursday afternoon, the 60-year-old activist was fatally shot in broad daylight outside his business, Expression Publications. The storefront was covered in signs with bible verses, along with “Vote Donald Trump 2020,” and “Re-Elect Trump 2020.” The suspect reportedly drove up, shot him, and drove away. 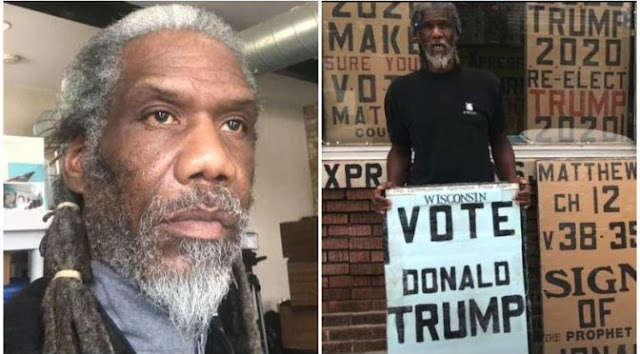 CLICK HERE TO VIEW THE VIDEO
Ingraham: Do you know his name?

Law enforcement sources told “The Dan O’Donnell Show” that they do not yet know the motive for the murder, since they have not yet made any arrests, but “detectives are investigating the possibility that Tremmell was killed over his political beliefs.”

Reggie Moore, Milwaukee Office of Violence Prevention director, told the Milwaukee Journal Sentinel that he had “intervened in a dispute between Trammel and a young man” that he thought was “related to a Trump sign that Trammell was carrying.”

It is unclear if the altercation was a factor in his death.

“I had an interaction with him last Saturday across the street from Walmart on Capitol Drive,” one woman who did not wish to be identified told the radio show. “It was the second time I had seen him with his Trump sign and I pulled my car over to chat with him. What a nice, friendly man! We chatted for several minutes, and I told him I was proud of him and he’s very brave to put himself out there so visibly as a Trump supporter!”

Heavy.com reports that a man named Kevan Penvose wrote on Facebook that Trammell “was a man with whom I hardly ever agreed about anything he wrote on his signs, but also, as a Rasta street preacher, he was one of the people that make my neighborhood so uniquely wonderful. Around 12:30 this afternoon I heard gunshots nearby as I was working at my dining room table. Soon after, I was reading reports on social media of a shooting around the block, at the location of this one-of-a-kind storefront that I’ve walked by a million times… Peace and light, Ras Bernell.”

Anyone with information on the murder of Tremmell is being urged to contact the Milwaukee Police Department.