By  Martin Walsh  | The Conservative Brief 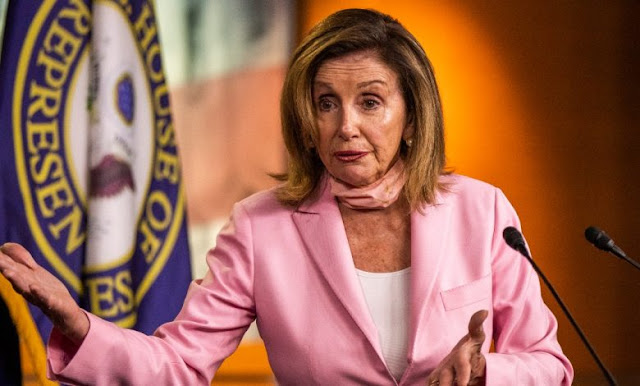 After being elected as a Democrat, North Las Vegas Mayor John Lee said on Fox & Friends Tuesday that he’s switching to the Republican Party.

Lee argued the Democrats’ “elitist” and “socialist” agenda is not one he “can stand with anymore.”

MAYOR JOHN LEE: They had an election recently for leadership, and four of the five people were card-carrying members of the Socialist Party. It’s not the party that I grew up with 25 years ago in this environment, and it’s not the party I can stand with anymore…

When you’re a pro-life Democrat, a pro-gun Democrat, and you’re a very conservative person, that’s not really well known in the Democratic Party anymore. And so for me to hang on as long as I did, hoping the party would change, it didn’t, it got worse.

So therefore, I found a new place that I can put my allegiance to and help. Once again, forget about the last eight years. It’s the next four years that predict the future.

In an op-ed for the Daily Caller, former CIA officer Bryan Dean Wright wrote that he left the Democratic Party due to the second impeachment of Trump, saying that it only serves to exacerbate the political divide.

“For years, Democrats like me have watched with increasing alarm as our own political leaders and activists … have used an endless stream of hateful, violent and ultimately un-American rhetoric that has resulted in billions of dollars in economic damage and given birth to a violent national movement,” Wright wrote.

Wright said the “modern Left” is infused with “systemic hatred” that has “inflamed profound political divisions and the predictable outcomes that come with them, most especially violence and destruction.”

“The most egregious example came in the summer of 2020, with Leftist race riots that cost upwards of $2 billion in damages,” he said, adding that Democratic leaders didn’t offer condemnations when “fires raged,” property was vandalized, and lives were destroyed.

Wright pointed out that democratically elected officials incited violence in 2020.

“A woman in New York City threw a Molotov cocktail at four police officers sitting in their vehicle during a riot” and “were unharmed only because the gas bomb failed to ignite,” he said.

“Next, a group of rioters in Seattle tried to seal up the doors of a police precinct and ignite the building on fire, burning cops alive,” he said.

“In all, over 700 federal, state, and local law enforcement officers sustained injuries in violence perpetrated by Leftist rioters. That includes retired St. Louis police Captain David Dorn, who died defending the city he loved from those encouraged by the Democrat Party’s incitement,” he added.

“For Democrats like me, we have no choice: we have to leave. But where do we go, politically, now that our party can no longer be salvaged? The answer is to be found in the exit data from the 2020 election: We’re already leaving, it turns out, and joining the new, populist Republican Party,” he said.