By Max Morton | The Federalist 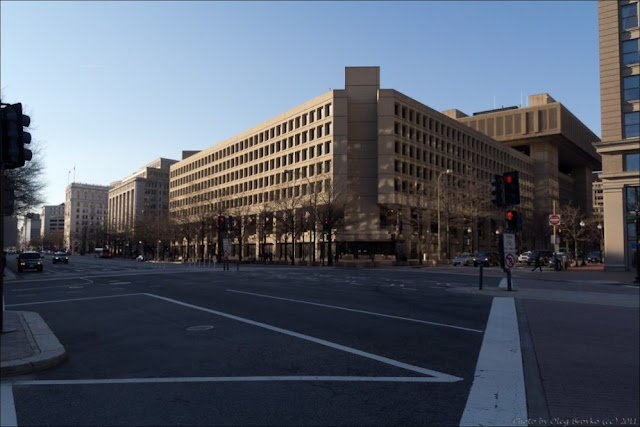 With the help of snitches, the FBI rounded up some unemployed, homeless, mostly alone and angry loudmouths to build a fantasy football-style display of domestic terrorism fear-porn.

Over the past few weeks, there has been a slew of reporting on the alleged plot to kidnap Michigan Gov. Gretchen Whitmer, specifically, the fact that the FBI seems to have played a far more considerable role in it than had previously been reported. BuzzFeed News produced an exposé on the case detailing how the FBI used 12 informants and undercover FBI agents to infiltrate the Wolverine Watchmen militia group, which prosecutors allege planned to kidnap Whitmer in the run-up to the 2020 national elections.

The problem with the case is that it appears the FBI, through informants and undercover agents, hatched the kidnapping plot, served in the key leadership positions of the militia group, trained the militia members in military tactics, actively recruited participants, and funded much of the militia’s activities. Then, when various members of the Watchman militia became uncomfortable with the kidnapping plot, with several quitting, the FBI’s primary informant pushed the plot along, eventually becoming the militia group’s leader.

The primary informant, known only as Dan, has been identified in court documents as a former U.S. Army Iraq War veteran. Dan reportedly volunteered to the FBI after stumbling across the Wolverine Watchman group on Facebook.

Dan, whom court documents say earned a college degree in criminal justice after his stint in the Army, stated he had previously worked as an executive protection agent and a National Rifle Association firearms instructor, and was a current employee of the U.S. Postal Service (the exact nature of his duties at USPS is not publicly released).

He testified in court that he had been searching for Second Amendment-related Facebook posts to find tactical training opportunities to retain the perishable combat skills he acquired during his tour of duty in Iraq. After viewing the Watchman’s page, he applied for acceptance to their private Facebook group and was admitted after answering a series of vetting questions.

At the time Dan applied for membership with the Watchman militia, in March 2020, the Watchman militia had only a single member with military experience: Joe Morrison, a reserve U.S. Marines mechanic serving part-time with a reserve logistics support group (according to court documents, a second military veteran, Daniel Harris, was recruited into the group five months later, in July 2020). Morrison had no combat arms training beyond boot camp and zero combat experience.

It is puzzling exactly what kind of “tactical training opportunities” Dan, an Iraq War combat veteran, hoped to gain from a ragtag group of largely untrained and inexperienced civilian militia. According to Dan’s testimony, he participated in extensive, months-long, house-to-house warfare in Sadr City during his 14-month rotation in Iraq. The question of why someone with Dan’s combat experience would seek to join the Watchman militia to receive training went unasked and unexamined during depositions and court hearings.

This ‘Plot’ and These ‘Conspirators’ Are a Joke

Federal and state prosecutors in this case have indicted 14 defendants from across the country; not just from Michigan, but from states as far as away as Virginia, Delaware, and South Carolina. Some of the defendants are less than sympathetic characters and have made inflammatory statements in text messages, social media posts, and in front of wired FBI informants who dutifully recorded their every word. Prosecutors repeatedly claimed the defendants are dangerous threats to the public, but they have presented no actual evidence of this beyond the defendants’ inflammatory speech.

The prosecutors’ main claim that the defendants had demonstrated their ability and intent to use explosives in the plot was derived from their laughable attempts to ignite uncompressed black powder during a group training event sponsored by one of the FBI informants—which in itself proved how unskilled and incapable the defendants were in the handling or use of explosives. In fact, the group’s only actual planning with regard to explosives was done by an undercover FBI agent who posed as an explosives expert and black market broker for military-type explosives.

Reading through the court documents, text messages, and transcripts for this case is like listening to the David Allen Coe country song about pickup trucks, single-wide trailers, prison, and being drunk and down and out—in the rain. To the nation’s elite class, the defendants in this case are a collection of flyover America’s pile of broken toys: the surplus population who were left behind in globalization’s destruction of working-class America.

With the help of a strong supply of snitches, the FBI rounded up some unemployed, homeless, mostly alone, and angry loudmouths to build a fantasy football-style display of domestic terrorism fear-porn. The only thing more depressing than realizing middle America is now just a bunch of NPCs in the latest version of “Call of Duty: Rogue National Security State” is that there are likely more of these manufactured cases coming to an America near you.

How Powerlessness Affects a People

In a republic like America, there is a designed tension between the citizen and the state. The citizen, as the individual, is protective of his natural rights, privacy, and liberty, while the state, as the establishment, is ostensibly concerned with the prosperity, safety, and security of the republic as a whole.

Our Constitution was designed to balance the friction between Alexander Hamilton’s “The vigor of government is essential to the security of liberty” and John O’ Sullivan’s “The best government is that which governs least.” When that balance is disrupted, there is political conflict.

The elite and powerful can express their political concerns with big-money donations to politicians and pithy outrage from their blue-check Twitter accounts. The little people, the working-class flotsam and jetsam of America, have to just suck it down. They can vent their frustrations on social media, but no one is listening to them—except for people like Dan and the army of informants employed by the government.

The powerless often cope with their powerlessness through what can only be called LARPing, or live-action role-playing. This and ill-advised braggadocio is a way to feel like they have some control over their lives.

One LARP Faction Against Another

A majority of the defendants in this case were clearly LARPing as revolutionary-style patriots. This was evident when, as the FBI informants and agents pushed the plot along to more dangerous ends, many of the group’s members got cold feet and quit, with some go so far as to move out of state.

In a better America, the FBI would recognize this and dispatch an agent or two to deliver a wake-up call to these LARPers. After all, is the FBI’s purpose in inserting themselves into these types of organizations to avert political violence, or is it to manufacture cases that lead to political headlines and promotions for those agents involved?

Obviously, in America now, it is the latter—and that is the crux of the problem. Essentially, the FBI and its collection of law enforcement partners in the Joint Terrorism Task Forces are also LARPing, as counterterrorism heroes.

For the FBI Joint Terrorism Task Forces and their army of informants, there is money to be made in counterterrorism inflation. According to the Department of Justice Inspector General, the FBI spends more than $42 million per year on paid informants. Some informants have earned upwards of $4.9 million for their work. In this case, informant Dan earned nearly $55,000 for six months of work, in addition to his U.S. Postal Service salary.

Counterterrorism is hard work. Finding an actual domestic terrorist in a country with very few incidents of domestic terrorism is an even harder task. It appears it is much easier, more profitable, and a much better career move for all involved to create a Potemkin terror plot and then swoop in to play the part of counterterror hero.

The trouble is, while they are wasting valuable time and resources creating shocking headlines, federal agents are ignoring the real threats to Americans, while meddling in and ruining the lives of the most powerless in our society.