I built the wall; Biden built a humanitarian catastrophe 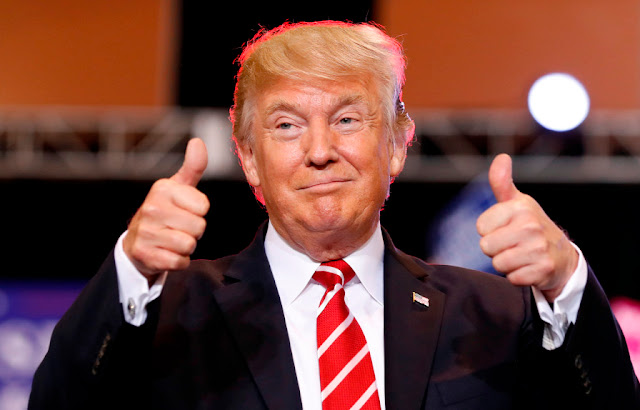 When I was president, I delivered on my promise to build a border wall to protect our country. All Joe Biden had to do was paint it.

Instead, Biden has enacted the most radical open borders agenda imaginable. This is perhaps the first time in world history a nation has purposely and systematically dismantled its own defenses to invite millions of foreign migrants to enter its territory and break its laws.

No one knows who they are, presenting a dangerous threat to Americans. To say that Biden has provoked a national security disaster does not even begin to do justice to the calamity.

In May, illegal border crossings were nearly 700% higher than when I was president during the same period last year. For each of the last three months, more unaccompanied minors have arrived than in any prior month in recorded history. Seizures of ultra-lethal fentanyl are up 265% from last year — more of the drug has already been intercepted than in the entirety of 2020.

Joe Biden has restored catch-and-release, torn up our hard-earned asylum agreements with Mexico, Guatemala, Honduras, and El Salvador, and announced that anyone on the planet who lives in a crime-afflicted area now qualifies for asylum in the United States.

Meanwhile, ICE is effectively shut down, senior border security officials have been fired, and criminals are being released in record numbers.

To top it all off, the Biden administration has announced a new program whereby the U.S. government will literally pay to fly illegal aliens’ relatives from other countries to join them in the United States.

These policies are utterly depraved — the actions of someone who by all indications wants to completely abolish America’s southern border.

Yet of all the vindictive, shocking, and self-defeating border security actions Joe Biden has taken, none surpasses his decision to stop the final completion of the wall.

Nearly 740 miles of a border wall had been fully funded and more than 660 miles were already built or undergoing construction, Customs and Border Protection confirmed on Jan. 15, five days before I left office. After more than two years of litigation and Democrat obstruction, the wall was going up at an average rate of two miles per day. We had already more than doubled the length of the physical barrier protecting our southern border. We had also replaced much of the previously existing dilapidated fencing with new impenetrable metal beams, focusing on the highest traffic areas that border patrol agents themselves had identified.

The wall was planned, approved, paid for, and virtually done. Only a few key areas remained to be completed. All Joe Biden had to do was let the contractors finish their work. The border agents wanted it, and it would make the whole country safer.

Instead, Biden sabotaged the completion of the wall, ordered an immediate halt to construction on his first day in office, impounded the funds Congress had appropriated, and took steps to terminate the National Emergency declaration that had facilitated it.

By stopping construction, Joe Biden purposely and deliberately left gaps in the wall, creating unsealed channels right in the middle of the border to be exploited by human traffickers and drug smugglers.

I built a wall — Biden built a humanitarian catastrophe.

This decision has also done egregious harm to our sovereignty. As my administration clearly demonstrated, walls work. After my border wall was constructed, illegal border crossings dropped by 90 percent in the Yuma area and 80 percent in the Rio Grande Valley, and parts of El Paso. Illegal drug trafficking and human smuggling also drastically decreased in those areas. Building just 12 miles of border wall in San Diego alone reduced necessary border patrol manpower by 150 agents a day, saving millions of taxpayer dollars, and freeing up those agents to provide additional border security elsewhere.

As a result of Biden’s abdication of his sworn duties, Texas now says they will “build the wall.” This should not be necessary and is at best a band-aid over the gaping wound Biden created.

Border security is a core responsibility of the federal government — and my administration had already done everything required to complete the project. We secured the necessary legal authorities, acquired the land, designed, engineered, and tested the wall. With little help from Congress, my administration obtained the money, executed the contracts, and hired the personnel. For Texas to be unnecessarily forced to repeat these complicated steps will take months or years if it is even possible for them to do it at all.

Governors and state legislatures should certainly do what they can — but there is no substitute for federal action.

We handed Biden the most secure border in history. We ended asylum fraud, terminated catch and release, negotiated historic migration agreements with Mexico and other countries, and virtually stopped illegal immigration. Precisely because of these policies, we achieved an incredible 90% reduction in illegal crossings.

Our nation is being destroyed by Biden’s border crisis. The United States must immediately restore the entire set of border security and immigration enforcement measures we put into place — and, critically, we must finish the wall.

A nation without borders is not a nation at all. For the sake of our country, Joe Biden must finish sealing the border immediately, or the American People must elect a Congress that will.