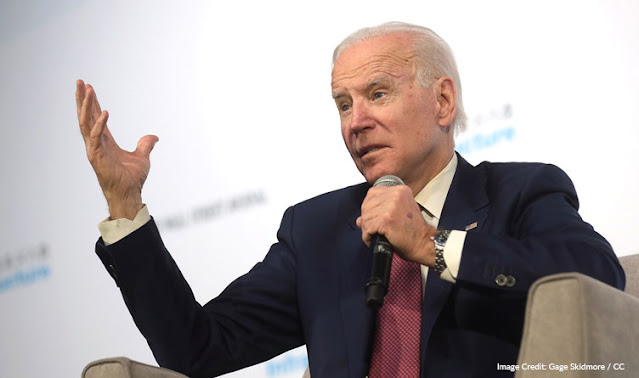 “People who complain about taxes can be divided into two classes: men and women.” – Will Rogers

Every Democrat running for every office in the United States echoes a standard campaign theme: “I plan on taxing the rich and spreading the wealth around.” They chant, the rich do not “pay their fair share of taxes and it is time that they do.” They preach, “It is time to reduce income inequality.” Their gospel is, “Those who have benefited the most should help those who have benefited least.”

Who do leftists consider rich when they obsess about raising taxes? The Tax Policy Center says about 10% of U.S. households have incomes over $200,000. The top fifth of them pay 69% of all federal taxes. If “the rich” already pays more than their fair share, why does the left always demand that they must pay more? This is the paradigmatic liberal axiom: “It is time that we punish the rich.”

Joe Biden ran for president on a “tax the rich” platform, and eked out a victory over the populist Donald Trump. But he toned down the rhetoric for a few months while lobbying for his “Build Back Better” pipedream. But in true progressive form, he broke the bad news to taxpayers last week. As Congress unwrapped Biden’s 2023 wish-list, it was “Christmas in Spring” for Republicans.

Biden’s 2023 fiscal budget re-proposes all of the bad ideas that Congress won’t pass and adds a new twist – “the coveted liberal wealth tax.” Biden is obviously pivoting further left to fire up sullen progressives for the midterm elections. This gives them new ammunition to assail the evil GOP.

“All we are doing is equalizing the playing field, making sure the rich will pay their fair share.” – Joe Biden

Biden’s wish-list calls for increasing the top marginal income tax rate to 39.6% from 37%. It would also nearly double taxes on capital gains to 39.6% for people earning over $1 million. This would be the highest tax rate on investment gains since the 1920s. The rate has never exceeded 33.8%.

The left calls this a “billionaire tax,” which is the standard progressive narrative. But billionaires are not the only ones punished. It applies to income and “increased annual value of assets.” This taxes “unrealized capital gains,” which are not taxed until assets are converted to income. In other words, Elizabeth Warren and Bernie Sanders will be getting the wealth tax they have been begging for.

This tax scheme will enormously complicate the tax code and creates huge investment distortions. Since liquid assets make up less than 20% of their wealth, investors will have an incentive to hold liquid assets, such as real estate, to avoid liquidating stock to pay taxes. Rather than sell stock to diversify or reinvest, investors will be forced to sell stock to pay taxes on unrealized capital gains.

In simple terms, this means that hundreds of successful entrepreneurs and small business owners, who accumulated wealth over decades through innovation and hard work, will be punished for their success. Any tax that the left proposes always “applies to a few,” and spreads to millions overnight.

“The IRS tax code is too difficult for a mathematician. It takes a philosopher.” – Albert Einstein

News of Biden’s proposed tax hike swept through investment circles like an EF5 tornado. The S&P 500 index immediately dropped 1%, the sharpest Wall Street decline this year. Fund manager Thomas Hayes exclaimed, “If we thought this had a chance to pass, the market would have dropped 2,000 points.

There is another fly in the ointment in Biden’s tax scheme; it is illegal! The Constitution states that Congress may only impose “direct taxes.” Although the 16th Amendment established an income tax, unrealized capital gains are not income. In other words, Biden is taxing “anticipated income?”

Wealthy Americans could face an overall federal capital gains tax rate of 43.4%, including the 3.8% net investment tax on individuals with income of $200,000 or more ($250,000 married filing jointly).

The Tax Foundation’s Erica York said, Biden’s tax increase would drive U.S. capital gains taxes to the top of global charts. Capital gains taxes in Europe average 19%. Denmark had the highest rate at 42%, followed by France and Finland at 34%. These countries finance socialized medicine and generous entitlements the U.S. does not have, which makes Biden’s tax hikes even more offensive!

Biden’s tax increases would generate over $1 trillion, which is on top of his $2.3 trillion jobs and infrastructure plan that many Americans are now rejecting due to rising prices and inflation. This will likely mean that Democrats will be forced to push this through Congress using reconciliation.

That would mark this as “a party-line tax increase on the rich” for Democrats seeking reelection.

York added, in the states and cities that assess their own capital gains levy, Biden’s plan would push the total capital gains rate to over 50%. The rate would rise to 56.7% in California, 58.2% in New York City and 57.3% in Portland, Oregon. He said investors will take their capital elsewhere.

White House press secretary Jen Psaki said Biden had not yet finalized his tax plan, but stressed he promises to make the wealthy and companies pay for all new government programs. “His view is that all tax increases should be on the backs of the wealthiest Americans who can afford them.”

Although Biden promised not to raise taxes on those making under $400,000 a year, one White House spokesman said Biden is looking at capping the interest deductions for homeowners. By decreasing this traditional real estate tax write-off, this will affect every person who owns a home.

“There may be liberty and justice for all, but there are tax breaks only for some.” – Martin Sullivan

Ralph Nader told us, “Your best teacher is your last mistake.” Joe Biden endorsed southerner Jimmy Carter for the presidency over the party’s northern candidate. After suffering through four years of Carter’s failures, Biden watched Ronald Reagan take office and turn the economy around by cutting spending and taxes. One must wonder, was Joe Biden asleep during the Reagan years?

It took Jimmy Carter four years to destroy the U.S. economy, but Biden did the same in under a year. With the Fed raising interest rates, runaway inflation, and investors running scared, a tax increase of this amplitude will domino into a recession. This will complete Joe Biden’s “make-over” into the second coming of Jimmy Carter. And who said, “We can’t turn back the hands of time?”

Biden gave us double digit inflation, labor shortages, a broken supply chain and high energy prices. All of America realizes, except Joe Biden and progressives: “Nobody can tax and spend their way to prosperity.” Biden’s “punish the rich” tax increase will result in less investment, a loss of jobs, decreased capital gains taxes, and a major recession. Biden says he learned his politics from Barack Obama. Well, it looks like he learned economic policy from Jimmy Carter. Its déjà vu all over again for America.

“I wish I had known when I was in the White House what I know now.” – Jimmy Carter

Under President Biden’s “leadership,” economic forecasts have gone from bad to worse.

Inflation is still raging and eating up wage gains, our country’s GDP decreased for the first time since the beginning of the pandemic and businesses are struggling to find workers amid an extreme labor shortage. We can thank President Biden’s reckless tax-and-spending agenda for that.

Our economy is on the brink of a recession and still the president refuses to reverse course on his plan for unbridled spending and trillions of dollars in new tax increases on American families and Main Street businesses.

The below article has more details. 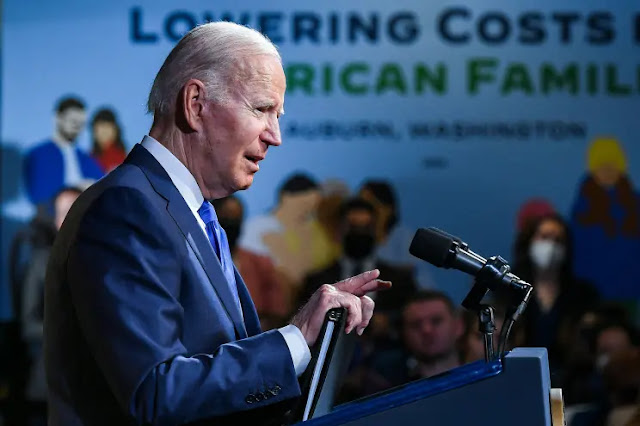 “No one is predicting a recession now,” President Joe Biden fibbed Thursday, though “there may be recession in 2023.” In fact, America’s already at the brink, as the US economy shrank in the first quarter of 2022, contracting by an ugly 1.4% — the first such drop since early in the pandemic.

This, when the expectation was 1.1% growth. That’s four of the five quarters under this president that have seen growth not meet economists’ consensus predictions.

Biden claims the nation’s still seeing “enormous” growth, but in fact that’s an illusion thanks to four-decade-high inflation, now past 8.5% (and higher for gas and food). All as we stare down a war in Europe and a China COVID crisis likely to inflict further shocks.

In other words, after the boom years under Trump and a post-COVID recovery starting to put out green shoots, the US now faces a perfect economic storm.

“Unemployment’s the lowest rate since 1970,” the president also cherry-picked, ignoring the fact that his stat doesn’t include the millions of working-age Americans who aren’t looking for work as the nation struggles to get back to its pre-COVID number of jobs.

The simple fact is that Biden and the Democrats who control Congress have been re-imposing the policies of the 1970s, and the result is clearly the same stagflation the country suffered then.

Their American Rescue Plan dumped $1.9 trillion into an economy already running hot and touched off the inflation conflagration (as a Fed study shows). Their still-ongoing war on US energy production reproduces the impact of the ’70s “oil shocks.”

And all they offer is more of the same: Biden’s budget calls for yet more deficit-spending, as did his now-dead Build Back Better bill. And his plan to forgive billions in student-loan debt would further goose the money supply.

His policies are wreaking disaster, and all he offers is bogus assertions (“every economist agrees,” when they don’t remotely, is a regular line), blithe denial (“inflation is transitory”) and lame blame-shifting (first “corporate greed,” then “Putin’s price hike”).

Biden spent his entire life, in Congress and then as vice president, not being personally responsible for anything and tossing out endless malarkey about how everything bad was the other team’s fault. And it’s awfully hard for a 79-year-old to change his ways.

He doesn’t even show any sign of understanding what’s going on, though it’s clear to most Americans: 66% disapprove of his handling of the economy, per a recent AP poll.

Someone needs to drag the president into facing reality. Otherwise, the United States is in for some major suffering, along with more insulting Biden blarney about how it’s all someone else’s fault.