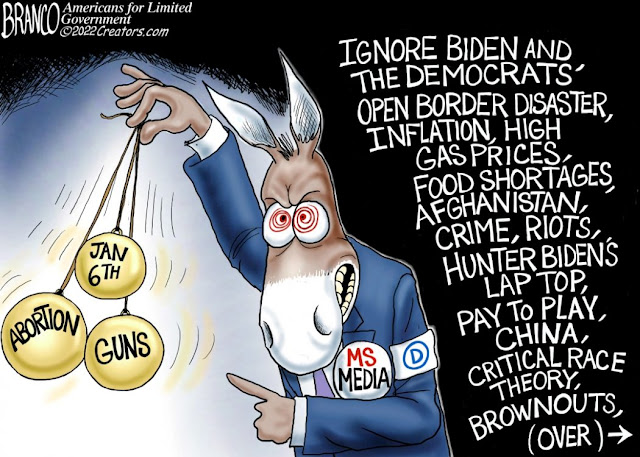 DEMOCRATS ENGAGE IN THE BLAME GAME TO WIN ELECTIONS

Democrats know they cannot win elections running on their failed socialist policies that are destroying our country.

Their biggest ploy now is the fraudulent January 6th hearings in the U. S. House of Representatives. In that kangaroo court, Democrats are inventing a phony charge of insurrection against President Donald J. Trump because he is exposing how the 2020 election was stolen. Democrats are trying to prevent Trump from running for re-election in 2024 since they know he will win if he runs.

The irony is Democrats have a lengthy history of refusing to accept the results of elections they lost.

The below video"12 Minutes of Democrats Denying Election Results" shows how Democrats have repeatedly undermined our democracy and engaged in insurrection, based on the ridiculous standards being pushed in the January 6th hearings and echoed by the liberal media.