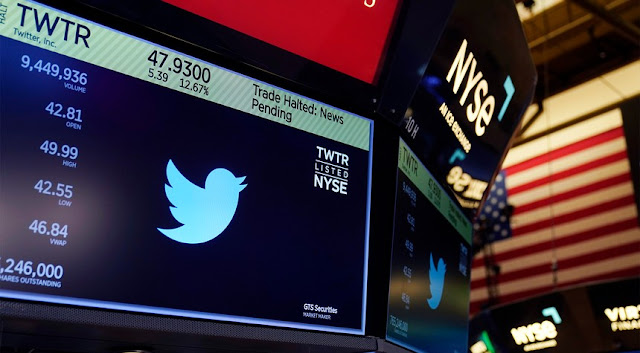 In the latest episode of “Let’s Pretend We Care About the Blacks,” CNN became the latest activist media outlet to deceptively imply that Elon Musk’s purchase of Twitter will somehow hurt African Americans using the platform. Left-leaning “news organizations” have been using their typical strategy of exploiting black folks as political weapons against people they don’t like, in an effort to attack the new CEO for daring to promote free speech on the platform.

CNN reported that “Black Twitter is mourning the possible end of the influential community they found on Twitter more than a decade ago,” and that “users are split between finding a new app or staying put.”

I’m not ready to go because I feel like that’s the case with a lot of things. Black people bring culture, community and love and so much energy and spirit and soul to whatever places we inhabit, and then someone else comes in and totally disrupts the energy and we leave, and they benefit from what we built.

Black Twitter is an online community consisting of mostly African American influencers and users on the platform. Mia Moody-Ramirez, professor of journalism and public relations at Baylor University, said it is a “grassroots movement” on the site that fosters discussions on black-related topics like Black Lives Matter and others. Users typically use the #BlackTwitter hashtag when participating in these conversations.

“Since Elon Musk took over Twitter in October, the future of Black Twitter has led to debate among scholars and its users,” said the CNN report.

André Brock, a professor of Black digital studies at Georgia Tech indicated that African American users will likely remain on the platform. “We’re going to live wherever we are, even if the circumstances aren’t perfect for us, but when have they ever (been)?” he said.

Musk’s detractors have implemented a series of strategies to force him to continue the politically-biased censorship practices that were employed under Twitter’s prior management. Accusing him of fomenting white supremacy on the site has been one of their primary – if not most predictable – tactics. Even after it was revealed that the uptick in racial slurs being used on the platform shortly after Musk took over was artificially inflated by a small number of mostly-bot accounts, critics insist that the new CEO is trying to pander to a racist, far-right element.

An article in The Root accused Musk of belittling Black Twitter and his African American employees. The author argued that “his notions of ‘free speech’ on the platform mean greenlighting the comeback of Donald Trump and other hatemongers and as a manager he’s fired thousands of employees who were part of an intentional internal strategy to attempt to make the company as diverse as the voices on its platform.”

For starters, there aren’t many alternatives to Twitter that are as effective when it comes to reaching a wider audience. Progressives and media activists have been trying to persuade people to migrate to sites like Mastodon in protest of Musk’s takeover, but to no avail.

Additionally, it is not likely that Twitter’s new content moderation policy – which has not yet been fleshed out – will allow for any activity that would realistically drive a significant number of black users off the platform. Despite what leftists are claiming, Musk is not going to allow more of a proliferation of “hate speech” on the site than already exists. Indeed, earlier he announced that the Twitter team had decreased these types of tweets to levels that were lower than before he took the helm.

Currently, the site is losing advertisers who are concerned about this issue. He is not going to allow anything that will make companies less comfortable with advertising on the platform – he indicated as much shortly after buying the organization.

In the end, this is nothing more than mindless fearmongering on the part of progressives whose true concern is the notion that opposing views will have a more level playing field than in the past. The era of politically-biased censorship on the site is coming to an end, and this is what these people are afraid of. Nevertheless, they are going to have to get used to it.