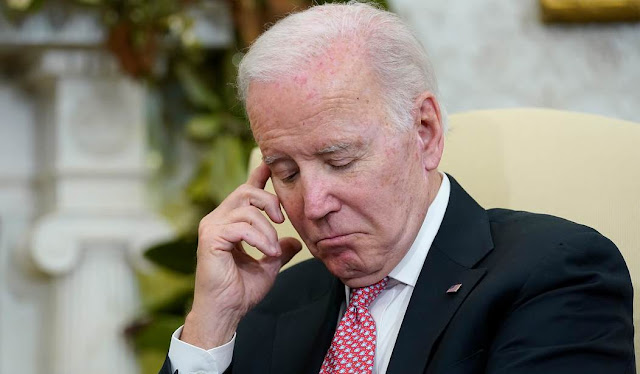 But now, as we learned on Friday night, it turns out the search was beyond far from complete. President Biden's personal attorney revealed that the Department of Justice — which recently appointed a special counsel to investigate Biden's document scandal — had found six more classified documents in his Wilmington house. Could an apparent DOJ search of Biden's home in Wilmington be why President Biden chose to spend this weekend at his beach house in Rehoboth Beach, Delaware? It's not exactly beach weather there this weekend.

A statement from Bob Bauer, Biden's personal attorney, adds additional details that make this situation even more egregious when compared to the Biden Department of Justice's treatment of former President Donald Trump.

"Having previously identified and reported to DOJ a small number [they keep saying that, even as the number of classified documents expands past 25] of documents with classification markings at the President's Wilmington home, and in the interest of moving the process forward as expeditiously as possible, we offered to provide prompt access to his home to allow DOJ to conduct a search of the entire premises," Bauer's statement explained. Not exactly the armed FBI raid that Biden's DOJ ordered on Mar-a-Lago, huh?

"Yesterday, DOJ completed a thorough search of all the materials in the President's Wilmington home. It began at approximately 9:45 AM and concluded at around 10:30 PM and covered all working, living and storage spaces in the home," the statement continued. "DOJ took possession of materials it deemed within the scope of its inquiry, including six items consisting of documents with classification markings and surrounding materials, some of which were from the President's serve in the Senate and some of which were from his tenure as Vice President. DOJ also took for further review personally handwritten notes from the vice-presidential years," it added.

Perhaps this will put the final nail in President Biden and his team's ability to claim he takes classified material seriously? We're not holding our breath because Biden's "no regrets" shamelessness and the White House's clear lack of awareness of the facts and what is going on apparently know no bounds.

Friday's revelation that even more classified documents, apparently both from his time as Vice President in the Obama administration and from even before that as a U.S. Senator debunks several key White House talking points lies. First, President Biden does not take classified document seriously. He apparently hasn't since even before he served in the executive branch. Next, the search for documents that should not have been in Biden's possession was clearly not "complete" on January 12 when Karine Jean-Pierre said it was. And finally, the Biden administration's promise to be "transparent" and always tell the truth is officially in tatters.