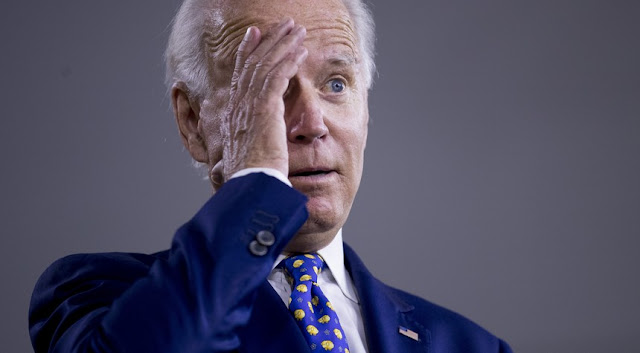 Fox’s Peter Doocy had a good question for the White House, but they avoided calling on him on Friday because he’d been decimating them all week over the classified documents scandal. He said that the question he wanted to ask was why Joe Biden was going to his home in Wilmington, Delaware; Isn’t that a “potential crime scene“?

It potentially is and now, more documents have been found at the home. And once again, it comes out in a way that shows they haven’t been telling us everything.

I did a breakdown of the alleged documents found so far: 1) a set of documents found in his office at the Penn Biden Center, with at least some in an envelope marked “personal”; 2) the set found in the garage near the Corvette; 3) one document found in his house this week. Some of the documents have been marked “top secret,” showing what a serious problem that Joe Biden has created with this mess.

The initial report on that last document said it was found Thursday, January 12. Now, the Special Counsel to Joe Biden, Richard Sauber said it was found in Biden’s Wilmington home on Wednesday, but that the personal attorneys who found it stopped searching because they “lacked the security clearances to view those materials.” That shows you they must have thought they were highly classified. But then Sauber said, when he looked, he found five more classified pages that accompanied that classified document.

“Because I have a security clearance, I went to Wilmington Thursday evening to facilitate providing the document the President’s personal counsel found on Wednesday to the Justice Department,” Sauber said. “While I was transferring it to the DOJ officials who accompanied me, five additional pages with classification markings were discovered among the material with it, for a total of six pages. The DOJ officials with me immediately took possession of them.”

Now, had this been President Donald Trump, we know that everything would have been locked down by now, with investigators going through everything. Why is Biden’s home not being secured? Why is he allowed to be there, potentially destroying or interfering in evidence collection? Biden wasn’t allowed to have any of these documents, and since we haven’t been told what they were, we don’t know why he might have taken them.

They could, for example, pertain to Ukraine and the Biden connections there. He could have stolen them to cover up the issues involving himself and his family. At this point, the way this has been handled– versus the way they handled Trump–just screams unequal and unfair treatment. We don’t know how many people have had access to his home because they’ve refused to disclose the visitor logs. We do know that Hunter Biden was one of them, and he lived in the house at least some of the time. So, who knows who might have had access to these documents?

Every place Biden could have left documents needs to be secured–because this is now completely out of control.