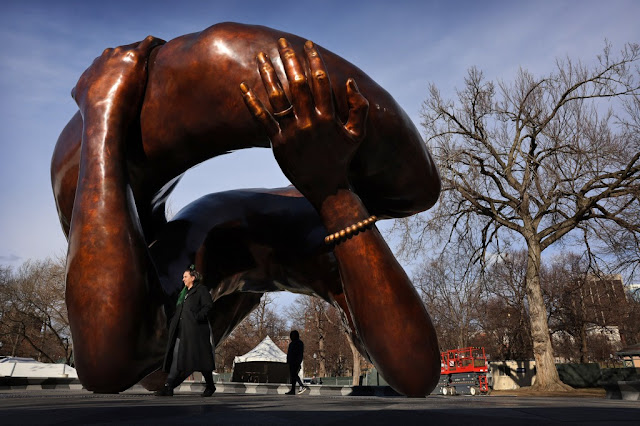 “The Embrace” has been criticized for looking more like a phallic image than a depiction of slain civil rights leader Martin Luther King Jr. and his wife, Coretta Scott King, embracing. - Boston Globe via Getty Images

Even some kin of Coretta Scott King hate the new $10 million sculpture just dedicated to her and her iconic civil rights leader husband in Boston — with a cousin claiming it “looks like a penis.”

The massive bronze piece, titled “The Embrace,” features two sets of arms holding each other, an artistic interpretation of the classic photo of Coretta and hubby Martin Luther King Jr. hugging after he won the Nobel Peace Price in 1964.

“The mainstream media … was reporting on it like it was all beautiful, ’cause they were told they had to say that,” Seneca Scott, Coretta’s cousin, told The Post by phone Sunday, referring to the new artwork on the Boston Common.

“But then when it came out, a little boy pointed out — ‘That’s a penis!’ and everyone was like, ‘Yo, that’s a big old dong, man,’” said the 43-year-old Oakland, Calif. resident.

“If you had showed that statute to anyone in the ’hood, they’d have been like, ‘No, absolutely not.’ “ 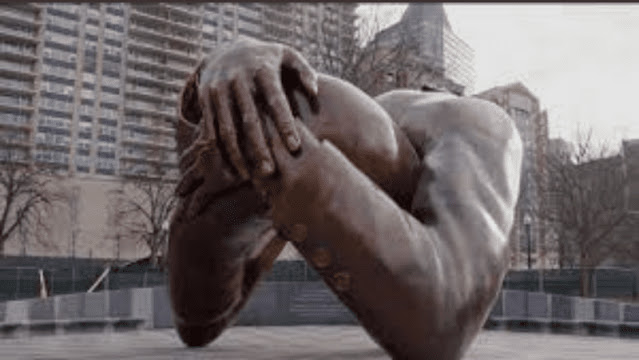 Seneca Scott called the sculpture a “waste of money” that should be “melted down.” - Boston Globe via Getty Images

He wrote scornfully in Compact mag, “Ten million dollars were wasted to create a masturbatory metal homage to my legendary family members — one of the all-time greatest American families.”

Seneca told The Post that “woke” culture allowed the expensive abstract experiment to come to fruition.

Members of the King family last week unveiled the artwork near where MLK and Coretta first met in college. 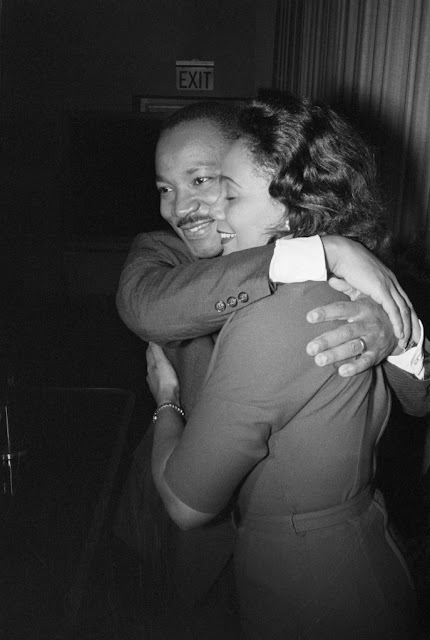 The sculpture is an artistic interpretation of Coretta and Martin Luther King Jr. hugging after he won the Nobel Peace Price in 1964. - Bettmann Archive

The artwork’s funding was the result of a public/private fundraising partnership, the city of Boston said on its online site. It’s unclear how much public money may have gone into the sculpture.

But Seneca told The Post, “The woke algorithm is just broke, I don’t know what else to tell you.

“If you went through all of that and that’s what you came up with, something’s wrong,” he said.

Online critics were harsh, too, including some who agreed that the work was pornographic.

“This is awful,” the British rapper and podcaster Zuby added in a tweet.

Seneca’s grandfather was one of 25 children of Jeff Scott, the son of a slave who became one of Alabama’s wealthiest black landowners, Seneca said. His grandfather’s brother, Obadiah, fathered Coretta, whom Seneca said he met once at a family reunion before her 2006 death.

Seneca told The Post that while he couldn’t speak for other members of the family, he felt the 25-foot-wide, 65,000-pound sculpture was a “waste of money” that should be “melted down.

“A solid bronze statue? Like, what are we doing here?” he asked.

“It’s doubly insulting to the black community, who still on average … too many of us are below the poverty line,” Scott said.

“You’re spending $10 million on a bronze statue without heads on it? Man, it’s a joke.”

“No performative, no photo ops, put your phone down and go do [an act of service] that no one knows about,” he said.