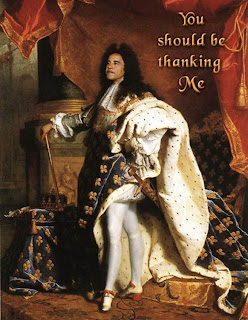 
President Obama has been rolling up his sleeves campaigning across the country delivering a surreal stump speech message supposedly aimed at the middle class: big government works, Obamacare is manna from heaven, the wave of recent scandals are “phony” figments of the imagination, and all economic problems are the fault of the Republicans.
Conveniently, he leaves out the bankruptcy of Detroit, a city run by his own party for more than half a century. His message is so stale and unconvincing, that even The New York Times and Washington Post have noticed. Both papers, usually loyal to Obama, remarked that Tuesday’s speech by the president in Chattanooga, Tennessee, was largely a rehash of old rhetoric, with The Post commenting that Obama’s “grand bargain” for the middle class was merely “a repackaging of old proposals,” and swiftly rebuffed by the GOP.
President Obama claims that “as long as I have the privilege of serving as your President. I’ll spend every minute of every day I have left in this office doing everything I can to build that better bargain for the middle class and make this country a place where everyone who works hard can get ahead.” The problem for Obama is that the American public isn’t buying the Kool-Aid. Poll after poll in the last couple of weeks have shown the president’s job approval ratings at their lowest levels for two years. The White House’s flagship health care reforms are so unpopular that even Democrats are starting to turn against it. In California the president’s ratings have plummeted by ten percentage points.
In Tennessee, Barack Obama talked about shoring up the middle class, but has little understanding of the real issues that middle class voters are facing today – high taxes, burdensome regulations facing small businesses, high levels of unemployment, concern over staggering levels of government debt and unfunded pension liabilities, to name but a few. If Obama was serious about helping the middle class he would ditch the failed big government rhetoric, while cutting taxes, and encouraging the growth of economic freedom. 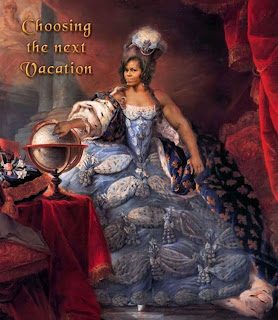 However, instead of offering a constructive approach advancing policies that actually work, the president continues to insist on resorting to the outdated language of class warfare in true left-wing tradition, with a 1970s-style bash the rich theme, much like Francois Hollande in France. There is more than a whiff of hypocrisy to all this. Obama can’t escape the fact that his own lavish lifestyle is distinctly that of the “one percent” he loves to demonize.
The American middle class can only dream for example of staying in a $7.6 million resort in Martha’s Vineyard, the location of the Obamas’ upcoming summer vacation. As The Washington Examiner reported earlier this week:
The Massachusetts island of Martha's Vineyard, the exclusive playground for presidents and their families, is about to get its annual summer infusion of cash and attention as President Obama and his family prepare to arrive August 10 for an eight-day vacation.
Local reports indicate that the first family will likely be staying at a $7.6 million resort home on southern edge of the island in the town of Chilmark where homes feature water access to Chilmark Pond, tennis courts and swimming pools.
Staying at the home of Chicago corporate finance manager David Schulte is a break from past Obama vacations because the $21 million home they've rented, Blue Heron Farm, isn't available. Schulte's summer home sits on nine and a half acres, has ocean views and a basketball court. 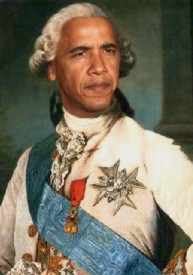 These vacations don’t come cheap to the US taxpayer. Barack Obama’s January holiday in Hawaii cost a staggering $7 million to the public purse, at a time when the country is nearly $17 trillion in debt. President Obama has urged Americans in the past to make sacrifices, but clearly isn’t willing to do so himself, one of the many reasons why his message on the economy rings hollow today. It is hard to see how President Obama’s Martha’s Vineyard sojourn is going to endear him to an increasingly skeptical public, a majority of whom still believe the country is in recession. It will simply reinforce the image of an out of touch president who lives in a bubble, divorced from the significantly tougher reality that most Americans face. In addition, Obama's recent Knox and Chattanooga speeches are a reflection of a presidency in denial, one that preaches to the middle class without actually helping it. 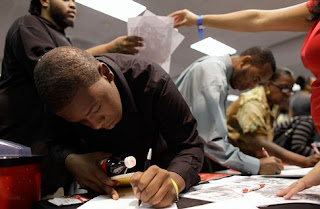 By Mike Flynn
Friday's jobs report was a disappointing, but it also contained a truly heartbreaking statistic. Black teen unemployment is a shocking 41.6%.  In July last year, the unemployment was considerably lower, at 36%.  That almost half of black teens who want to work can't find jobs is a stain on Obama's economic policies.
This isn't a numbers trick. This isn't a rate based on the whole black teen population in the country. This is the proportion on the black teen population that is looking for work but can't find a job. Just in March, the number was 8-points lower at 33%. The white teen unemployment rate is half the black rate, although a still high 20%.
The heartbreaking thing is that these teens haven't given up hope and left the job market, something that has artificially lowered the overall unemployment rate. The unemployment rate is based on those who want a job and are trying to find one.
In recent months, President Obama and national Democrats have increased calls to raise the minimum wage or impose "living wages" on certain companies in urban areas. Minimum wage jobs, however, are often "first jobs," providing that critical first rung on the jobs' ladder. Indeed, more than two-thirds of minimum wage employees receive a raise within the first year on the job.
You can't get a raise, however, without first having a job. Our economic policies are abandoning a generation and threatening to create a permanent underclass. It is shameful.
http://www.breitbart.com/Big-Government/2013/08/02/Black-Teen-Unemployment-rate-is-416
____________ 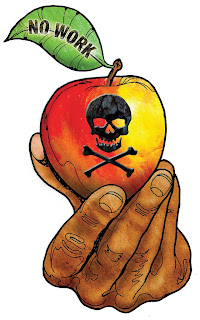 WASHINGTON (CBSDC) — A record number of young adults are living with their parents.

A new study from Pew Research finds that 36 percent of Millennials – young adults ages 18 to 31 – are living at their parents’ homes, the highest number in four decades. A record 21.6 million young adults were still living at home last year.

“Most of my friends that have graduated end up living back home because even if they have a job they can’t afford to pay rent and pay back their loans at the same time,” Stephanie Levonne, a 20-year-old college student living at home, told CBS News. “I know a lot of people that took out almost half or more of their tuition in loans which is $50,000 so it’s impossible to pay rent and live in New York City while paying off your loan.”
The number rose from 32 percent at the beginning of the Great Recession in 2007 and 34 percent in 2009.
Declining employment led more young adults to stay with their parents. Sixty-three percent of Millennials had jobs in 2012, down from 70 percent in 2007.
The study also found that the number of 18- to 24-year-olds who were enrolled in college rose from 35 percent in March 2007 to 39 percent in March 2012 and that the number of Millennials dropped to 25 percent last year from 30 percent in 2007.
The Labor Department released its latest job report Friday, showing the economy added 162,000 jobs last month while the unemployment rate edged lower to 7.4 percent.
http://washington.cbslocal.com/2013/08/02/poll-record-number-21-million-young-adults-living-with-parents/ 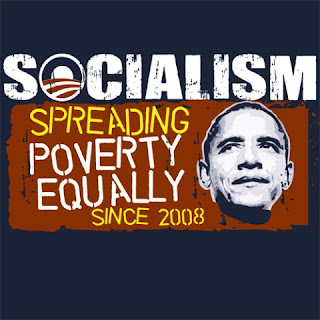 Young Americans Left Out Of Obama's 'Jobs Recovery' A (New) Lost Generation: As the media focus on a slight drop in unemployment, an ugly trend gets ignored: the declining participation of young Americans in the job market. We'll pay for this for decades to come.


We keep hearing the job market is "improving" or even "solid," with 162,000 new positions created in July and unemployment falling to 7.4%, the lowest since 2008.
But one group is sitting it out. And it's the one that most enthusiastically embraced Barack Obama in both of his presidential elections: America's young.
Their unemployment rate is a shocking 16.1%. Increasingly, those ages 18 to 29, the so-called Millennials, are being left out of the market, with tenuous or no ties to the workplace. Just 43.6% of this group have full-time jobs, according to Gallup.

So what are they doing? As a new Pew Research report shows, many are just hanging around their parents' houses; 21.1 million young Americans live with their folks, more than ever.

Over at Power Line blog, Joe Malchow crunched some not-very-pretty numbers on youth labor-force participation. Participation among 18-to-19-year-olds has declined 11.3% since Obama took office. For those ages 20 to 24, it has dropped 3.4%.

These are the biggest declines for any age cohort. And if they aren't bad enough, teen unemployment among blacks is an unbelievable 41%.
To the pundits, this is all "mystifying." But it isn't really. Call it decline by design.
The president's regulatory siege, tax hikes on entrepreneurs, the imposition of ObamaCare and a senseless 42% hike in the minimum wage since 2007 have conspired to price young workers out of the job market.
Employers hire only those whose productivity exceeds their pay. When wages and the cost of regulation and health care rise, there's little room on the payroll for young, inexperienced workers.
The temptation is to minimize the problem, thinking these young people will catch up. But they won't.
For generations, Americans have learned their basic work ethic in low-paying starter jobs. They learned they won't always like what they do, but that they should do it well anyway and that hard work is usually rewarded. They learned to show up on time, dress appropriately, be polite and follow instructions.
These are the basics of productivity that make our economy work. What lessons will millions of young men and women learn as they while away their time playing computer games in their parents' basements?
And this is the generation we're counting to shoulder the increasing entitlement costs for the nation's elderly. With $70 trillion in current liabilities, who's kidding whom?
As we said, this is no accident. It's bad enough that more than 130 million mostly older Americans get regular checks from government. Now the liberals in charge in Washington seem to want a whole new generation of dependents — needy young people who also rely on government and see the wealth-creating private sector as something scary and chaotic.
If that's their plan, it's working — all too well.
http://news.investors.com/ibd-editorials/080213-666260-young-americans-left-out-of-job-market-under-obamanomics.htm