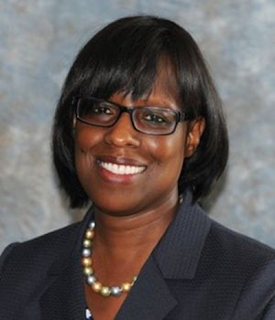 Matt Bevin’s 53% to 44% victory marks only the second time in 48 years that Republicans have won the Kentucky governor’s race. But Republicans also made history in another way. Bevin’s lieutenant governor running-mate, Jenean Hampton, is now the first African-American elected to statewide office ever.

Both Bevin and Hampton are Tea Party activists who have never held elective office. Hampton’s path certainly represents triumph over adversity. Born in Detroit, the 57-year-old Hampton and her three sisters were raised by a single mom who lacked a high school education and couldn’t afford a television or a car. But Hampton was determined to better herself. She graduated with a degree in industrial engineering and worked for five years in the automobile industry to pay off her college loans. She then joined the Air Force, retiring as a Captain. She earned an MBA from the University of Rochester, moved to Kentucky and became a plant manager in a corrugated packaging plant. Then she lost her job in 2012.

She used her free time to start a career in politics and becoming active in the Tea Party. She ran a losing race for state representative in 2014 but won an early endorsement from Senator Rand Paul.  She was tapped by Bevin to be his running-mate earlier this year.

“I’m aware of the historical significance. People point it out … Really, I just never think about it,” she says.“We’re different races, different sexes, he grew up in the country, I grew up in the city. We represent a broad range of the Kentucky demographic.”

Bevin and Hampton were able to hold Democrat Jack Conway to only 58% of the vote in Louisville, Kentucky’s largest city and home to one out of five of the state’s voters. Ads featuring the Bevin-Hampton ticket and its support for school choice apparently enabled it to improve on the city’s normal Republican showing.