COMMENTARY
By Frances Rice
The below article by Blake Neff entitled “Princeton Students Take Over President’s Office, Demand Erasure Of Woodrow Wilson” is a welcome testament about our educational campaign to set the civil rights record straight and hold Democrats accountable for their racism—past and present.
Our independent production company, Block Starz Music Television LLC, produced a video which exposes Woodrow Wilson and was broadcast nation-wide via the Internet on the social media.
Please view “The Black-O-Scope Show: The Truth About Progressives,” a segment of the show’s upcoming new episodes at:  https://vimeo.com/144699370 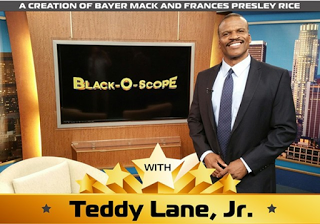 This segment explores two important questions. Who are the Progressives? What do they believe? Presented are facts from the book LIBERAL FACISM by Jonah Goldberg. The title of his book is from a quote of the impeccable progressive, H.G. Wells, who, in 1932, told the Young Liberals that they must become "liberal fascists" and "enlightened Nazis." The German word Nazi translates in English to National Socialist German Workers' Party.
____________________________

Black Lives Matter activists at Princeton University have taken over the president’s office and say they won’t leave until the school acknowledges former U.S. president Woodrow Wilson as a racist and renames all buildings currently honoring him on campus.
Members of a group calling themselves the Black Justice League walked out of their classes late Wednesday morning and assembled at Nassau Hall, where they were met by Princeton president Christopher Eisgruber. The students presented a list of demands inspired by similar lists that have been seen at Yale University, the University of Missouri, and elsewhere.
“WE DEMAND the university administration publicly acknowledge the racist legacy of Woodrow Wilson and how he impacted campus policy and culture,” the students’ demands say. “We also demand that steps be made to rename Wilson residential college, the Woodrow Wilson School of Public Policy and International Affairs, and any other building named after him. Furthermore, we would like the mural of Wilson to be removed from Wilcox Dining Hall.”
The students called on Eisgruber to sign their list of demands, and said until he does so they will occupy Nassau Hall, for days if needed.
We want to make this as awkward as possible for him,” one activist said, according to The Tab, which has a writer liveblogging the protest.
The @Princeton President told students at sit in, that he needs to be convinced racism exists. #StudentBlackOut pic.twitter.com/nybfvwEEb6
— zellie (@zellieimani) November 18, 2015
Wilson, who graduated from Princeton and served as its president before becoming president of the United States, is commonly considered a pivotal figure in the rise of progressivism. During his administration, the Federal Reserve was created, antitrust laws were strengthened, and the power of the American central government was increased substantially. On the international stage, Wilson was an idealist who led America into World War 1 and founded the League of Nations in an attempt to prevent future cataclysms between great powers.
But Wilson was also a southerner who shared the racial views of many other progressives in the early 20th century. He supported segregation and greatly increased its use in the federal government which has muddled his legacy for modern-day progressives.
In addition to their Wilson-related demands, the occupying students also demand that “cultural competency training” be required of all faculty members, and that the school require all students to take classes on the history of “marginalized peoples.” The protesters note that mandatory cultural competency training was voted down last spring because of fears the requirement would trample free speech, but activists say that explanation doesn’t fly and the school needs a “conversation” about the correct meaning of free speech.
“We demand a public conversation,” the demand says, “on the true role of freedom of speech and freedom of intellectual thought in a way that does not reinforce anti-Blackness and xenophobia.”
Unlike some other college presidents around the U.S., Eisgruber has been willing to publicly reject some of the protesters demands out of hand. The school simply isn’t going to eliminate its tributes to Wilson, he said, barely an hour into the protest.
“I agree with you, Woodrow Wilson was a racist,” he said. “In some people, you have good in great measure and evil in great measure.”
Eisgruber did agree, though, with adding courses on marginalized people to distribution requirements, but he said he lacked the power to implement such a requirement.
According to The Tab, as Eisgruber spoke, there were outcries from the crowd.
“This campus owes us everything,” said one student. “We owe white people nothing. All of this is mine. My people built this place.”
In response to Eisgruber’s rapid rejection of the first demand, students for the time being say they will continue their occupation of Eisgruber’s office.
Update: We are currently occupying Nassau Hall (the president’s office). We have stated that we would sit in until he…
Posted by Destiny Crockett on Wednesday, November 18, 2015
Wilson isn’t the first U.S. president to have his memorials come under fire for racial reasons. Democratic Parties around the country have been renaming dinners that honored Thomas Jefferson and Andrew Jackson because of the former’s ownership of slaves and the latter’s policies towards American Indians.
Posted by Frances Rice at 8:21 PM