Obama gets really angry -- at Americans 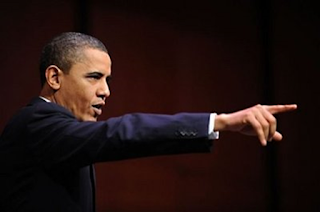 Three days after the Islamic State terrorist attacks in Paris, Americans were primed to hear their president express heartfelt anger, which he did in his press conference in Antalya, Turkey, at the end of the G-20 Conference. And they did hear him describe the Islamic State as "this barbaric terrorist organization" and acknowledge that "the terrible events in Paris were a terrible and sickening setback."

But what really got him angry, as the transcript and videotape make clear, were reporters' repeated questions about the minimal success of his strategy against the Islamic State and Republicans' proposals for more active engagement in Syria and Iraq. As well as critics of his decision to allow 10,000 Syrians into the United States.

The reporters did not seem this time to be absorbing his patient instruction. The Islamic State "controls less territory than it did before," he stated — but not much less, and is still holding Iraq's second largest city and a huge swath of Iraqi and Syrian desert. Our bombs did pulverize the British-born Islamic State beheader. "We've been coordinating internationally to reduce their financing capabilities."

Our military could dislodge them, he admitted, but explained that then we'd have to occupy and administer the places we capture. In other words, we'd be facing the kind of messy situations we faced, until the surge strategy he opposed, in Iraq.

But in his self-described goal, "to degrade and ultimately destroy," the word "ultimately" looms uncomfortable large. Most Americans want people who behead Americans destroyed considerably sooner than that. They wonder why the world's greatest military can't do that.

Such action, Obama suggested, might be bad public relations. The Islamic State has "a twisted ideology," and we play into its "narrative" by treating it as a state and using "routine military tactics." The Islamic State "does not represent Islam" and treating it as a "Muslim problem" will lead to "greater recruitment into terrorist organizations over time." It's not clear why the significant minority of Muslims with positive feelings to the Islamic State will accept an American president's definition of their faith.

"A political solution is the only way to end the war in Syria," he said, looking forward to negotiations between Syrian factions and to agreement by "countries on all sides of the Syrian conflict to agree on a process that is needed to end this war." But he felt obliged to acknowledge continuing disagreements over "the fate of Bashar Assad" — no small item.

Americans who counsel a different course he described as "folks [who] want to pop off" and who think their advisers are better than the Joint Chiefs or soldiers on the ground. This ignores that Obama has repeatedly rejected the advice of career military and his own appointed civilian leaders who recommended more active policies.

In Obama's defense it must be said that getting Middle East decisions right is hard. When he said "Assad must go" in August 2011, many knowledgeable observers thought he soon would. His statement in the August 2012 campaign season that Assad's use of chemical weapons would be "a red line" seemed to many a reasonable deterrent.

In retrospect those statements were mistakes, unforced errors, that led to acquiescence in Russian intervention in Syria in September 2013. And Obama's decision, in Walter Russell Mead's words, "to stand aside and watch Syria" by rejecting advisers' proposals to send in troops or enforce a no-fly zone has led to the outflow of hundreds of thousands of refugees.

This is not a president who has prioritized human rights in Middle East policy, as evidenced by the cold shoulder given to Iran's Green Revolution protesters in June 2009 and by the long inaction in addressing the problems of Syrian refugees, now flowing into Europe.

All of which makes more grating Obama's denunciation of Americans critical of his call to admit 10,000 refugees here. In Antalya he accused them of closing their hearts to victims of violence and of being "not American" in suggesting prioritization of the Christian refugees who have been singled out for torture and murder.

He could have acknowledged people's qualms as legitimate and argued at greater length, as former Ambassador to Iraq and Syria Ryan Crocker did in the Wall Street Journal, that we have processes in place that would effectively screen out terrorists. Or he could have proposed, like Speaker Paul Ryan, a pause before accepting any.

But that would have meant not taking cheap shots against the political opposition at home — the people who really make him angry.