Vet Confronts Clinton: ‘I Would Have Been Prosecuted’ For Mishandling Intel 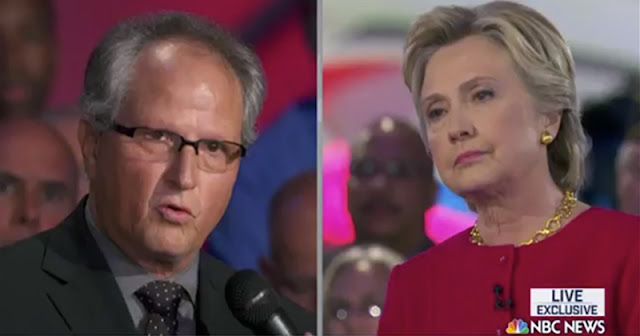 By Mikael Thalen
"Had I communicated this information not following prescribed protocols, I would have been prosecuted and imprisoned"

A US Navy veteran confronted Hillary Clinton during the Commander in Chief forum Wednesday over her handling of confidential information.

During the event’s question and answer segment, the former naval flight officer argued that Clinton was given preferential treatment by the FBI and DOJ in response to her use of a private email server.


WATCH: Navy vet asks Clinton how she expects those with access to classified info to trust her #NBCNewsForum 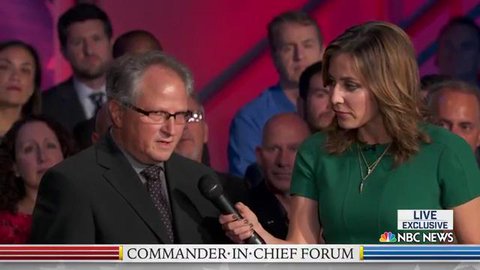 “As a naval flight officer, I held a Top Secret Sensitive Compartmentalized Information clearance. And that provided me access to materials and information highly sensitive to our warfighting capabilities,” the vet said. “Had I communicated this information not following prescribed protocols, I would have been prosecuted and imprisoned.”
Accusing Clinton of “clearly” corrupting national security, the military veteran went on to ask how those connected to the intelligence community could trust her leadership.
“Secretary Clinton, how can you expect those such as myself who were and are entrusted with America’s most sensitive information to have any confidence in your leadership as president when you clearly corrupted our national security?”
Clinton responded by claiming that information sent and received on the personal server “was not marked” in any way to indicate the contents were classified.
“So I did exactly what I should have done and I take it very seriously, always have, always will,” Clinton said.
Despite the claim, a report released earlier this month on Clinton’s interview with the FBI showed the former secretary of state said she was unaware that the letter “C” meant confidential when it appeared on a 2012 email.
In 2011 it was also revealed that Clinton instructed one of her top aides to remove the classification markings from a sensitive document so it could be sent over an unsecured network.
According to FBI Director James Comey, “110 e-mails in 52 e-mail chains have been determined by the owning agency to contain classified information at the time they were sent or received.”
http://www.infowars.com/vet-confronts-clinton-i-would-have-been-prosecuted-for-mishandling-intel/
Posted by Frances Rice at 10:40 AM