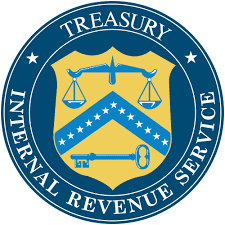 By Bradley A. Smith | The Wall Street Journal

Congress should take tax collectors out of the business of regulating political activity.

Imagine if liberal groups discovered that President Trump’s Internal Revenue Service was targeting them for heightened scrutiny or harassment.

The media and Democrats would decry this assault on the First Amendment and declare the U.S. on the brink of autocracy. The scandal would dominate the midterms, and the legitimacy of the election would be called into question.

Strangely enough, the IRS did target organs of the opposition party during the last administration, but the episode has largely faded from public memory without resolution. May 10 marks the fifth anniversary of the revelation that President Obama’s IRS targeted conservative groups for more than two years prior to the 2012 presidential election.

While some of the faces at the IRS have changed, the law that enabled their misuse of power has not. Congress’s failure to address the problem leaves the U.S. democratic process vulnerable to further abuses. 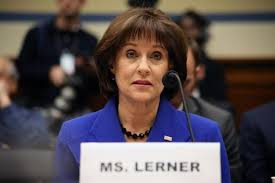 Lois Lerner, the career official at the center of the IRS scandal, retired on full pension after invoking her Fifth Amendment right against self-incrimination before Congress. 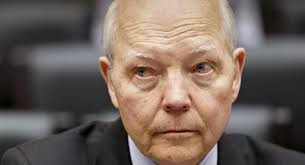 The response from the political system showed early promise but quickly fizzled.

After initially expressing shock, Mr. Obama abandoned any pretext of interest, suggesting it was a “phony scandal.” And why not?

The agency’s suppression of those groups in the following years might have given Mr. Obama’s re-election a boost.

Democratic officials deserve much of the blame for the IRS’s improper and likely illegal harassment.

The president warned against tea-party groups in ominous terms, describing them as threats to American democracy. Democratic senators repeatedly wrote to IRS leadership to urge them to investigate conservative nonprofits.

The IRS responded to this hectoring from the political branches.

Its initial reaction to the scandal was to propose new regulations institutionalizing the discriminatory practices, as if the problem was merely that conservative organizations didn’t know in advance that the IRS would single them out.

A public outcry stopped those regulations in their tracks, and in budgets since 2015 Congress has prohibited the IRS from spending money on that rule-making project.

With that congressional tweak and the retirement of Ms. Lerner, many conservatives seem to think Washington has turned the page on IRS abuse. Meanwhile, too many Democrats seem to think that this could never happen to them. Both are wrong.

The IRS scandal was not the result of a few rogue IRS employees; the problem is that the IRS is involved in regulating political activity.

A group that engages in politics is not necessarily considered a “political committee” by the IRS. Such well-known political actors as the Sierra Club, the National Association for the Advancement of Colored People and Planned Parenthood engage through their affiliates in substantial activity related to politics—including get-out-the-vote drives, legislative advocacy and even candidate ads.

But because the IRS designates the affiliate groups as “social welfare” organizations, they are subject to less-stringent disclosure requirements.

The tea-party groups that sprang up in 2009 sought to engage in these types of activities, but some Democrats didn’t like it. If the IRS denied these groups status as social-welfare organizations, they would be forced to either reorganize as for-profit organizations or as political committees subject to greater regulatory burdens.

That’s how the IRS was able to hassle conservative groups.

The easy fix here would be for Congress simply to scrap restrictions on political activity by social-welfare organizations, thereby stripping the IRS of authority to decide which groups are “political committees” and which aren’t.

In a democracy, political activity is part of social welfare. Such a change would not affect federal revenue, as contributions to social-welfare organizations are not tax-deductible. There would be no “subsidizing political activity.”

The Federal Election Commission—a bipartisan agency staffed by experts and created to oversee election-related activities—is the proper authority to determine whether an organization should be subject to regulation under campaign-finance laws.

The IRS—an agency under control of the president, with no bipartisan checks, subject to congressional pressure, and tasked with collecting revenue—is not.

There is a long history of presidents from both parties using the IRS to harass political opponents. Democrats and Republicans alike should recognize that, fix the law, and get the IRS out of politics.