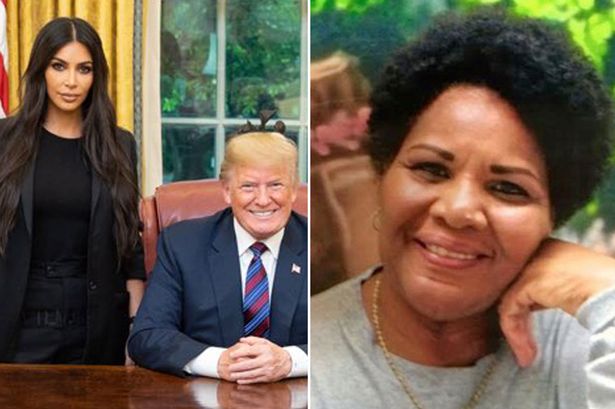 Johnson, 63, was serving a life sentence without the possibility of parole after being convicted of a first-time nonviolent drug offense.

Just hours after her life sentence was commuted, Johnson was released from federal prison and reunited with her family.

Johnson was put on the president’s radar during a meeting in the Oval Office last week with Kardashian West, who was originally slated to meet with Trump’s son-in-law and senior adviser Jared Kushner to discuss prison reform.

"Today, President Donald J. Trump granted a commutation to Alice Marie Johnson, a 63-year-old great-grandmother who has served almost 22 years in Federal prison for a first-time criminal offense," White House Press Secretary Sarah Sanders said in a statement Wednesday. "Ms. Johnson has accepted responsibility for her past behavior and has been a model prisoner over the past two decades."

Sanders added: "While this Administration will always be very tough on crime, it believes that those who have paid their debt to society and worked hard to better themselves while in prison deserve a second chance."

The White House said that Johnson's case manager and vocational training instructor have "written letters in support of her clemency," and that Johnson has "exhbited outstanding and exemplary work ethic."

The president commuted Johnson's sentence, which means her punishment has been wiped out, but her conviction remains on her record. A pardon would both wipe out the punishment and the conviction.

“Justice has been served today, and it’s long overdue. Alice has more than paid her debt to society by serving over 21 years of a life-without-parole sentence as a nonviolent drug offender. Life in prison without the possibility of parole screams that a person is beyond hope, beyond redemption. And in Alice’s case, it is a punishment that absolutely did not fit the crime. President Trump saved Alice Johnson’s life today," Johnson's attorney Brittany K. Barnett said in a statement Wednesday.

"We are extremely grateful and hope the President continues to use his clemency power to save lives.” 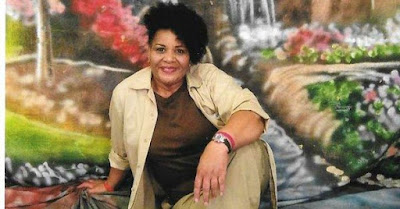 The 63-year-old great-grandmother will be released from federal prison in Aliceville, Alabama, where she has been serving a life sentence since 1996.
mic.com

I would like to thank President Trump for his time this afternoon. It is our hope that the President will grant clemency to Ms. Alice Marie Johnson who is serving a life sentence for a first-time, non-violent drug offense.

“I would like to thank President Trump for his time this afternoon. It is our hope that the President will grant clemency to Ms. Alice Marie Johnson who is serving a life sentence for a first-time, non-violent drug offense,” she tweeted last week.

Johnson was convicted in 1996 on eight criminal counts related to a Memphis-based cocaine trafficking operation. Her involvement with cocaine dealers reportedly came about after she lost her job, her son was killed, she got divorced and her home was foreclosed on.
Last week, Trump pardoned conservative filmmaker Dinesh D'Souza. 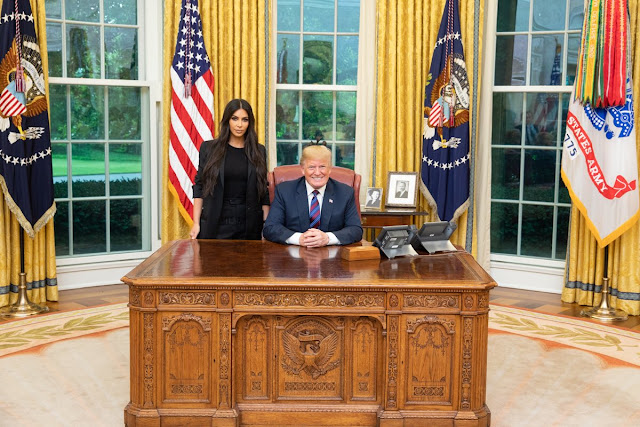 President Donald Trump granted clemency on Wednesday to Alice Marie Johnson, a first-time nonviolent drug offender who was given a life sentence without parole, Mic has learned.

The 63-year-old great-grandmother — whose case has been spotlighted recently by Kim Kardashian West and Mic’s Opinion desk — will be released from federal prison in Aliceville, Alabama, where she has been serving her sentence since 1996.

News of Johnson’s release comes a week after Kardashian West advocated for her in an Oval Office meeting with Trump.

In an exclusive interview with Mic after that meeting, Kardashian West said Trump “really spent the time to listen to our case that we were making for Alice. He really understood, and I am very hopeful that this will turn out really positively.”

“I saw your video,” Kardashian West told Mic. “If you think about a decision that you’ve made in your life and you get life without the possibility of parole for your first-time nonviolent offense, there’s just something so wrong with that.”

After tweeting that video, Kardashian West enlisted her personal attorney Shawn Chapman Holley to provide legal support for Johnson’s clemency petition. She has since worked behind the scenes to advocate for Johnson’s release and even received a letterin November directly from Johnson.

Kardashian West and Kushner’s phone conversations about Johnson picked up in recent weeks, which prompted Kushner to bring Johnson’s file in front of White House attorneys, and then Trump, about a potential release.

Now Johnson will be released from prison just after celebrating her 63rd birthday and after more than 21 years behind bars.

Johnson was convicted for her role facilitating communications in a cocaine trafficking operation in Memphis, Tennessee. She was given a life sentence without the possibility of parole, plus 25 years, after her co-conspirators testified against her in court.

But inside of prison, Johnson focused extensively on rehabilitation and became known as a model citizen and a mentor to other women, as well as a playwright and a minister.

Due to her exemplary behavior, she was granted permission to participate in a program to hold video conversations with people outside of prison. Through that program, she spoke to students at Ivy League universities, as well as employees at top companies like Google, which is how Mic learned about her story.

In December 2016, then-President Barack Obama granted clemency to 231 people, many of whom had drug-related charges, but Johnson was not on the list. That left her fate in Trump’s hands.

Since taking office, Kushner has made criminal justice reform one of his top priorities and has hosted a series of bipartisan dinners on the topic alongside his wife, senior White House adviser Ivanka Trump. Kushner also recently organized a bipartisan prison reform summit at the White House and is working to pass legislation in Congress.

Now that Johnson will walk free, Kardashian West told Mic she plans to get more actively involved in prison reform issues moving forward, and said Johnson’s release represents the first of what she hopes will be many victories for individuals who are trapped in the criminal justice system.

“I think it’s definitely a bigger issue that has to be addressed, and I’m glad that I’m starting with her,” Kardashian West said.

For more information on the movement to free Johnson, visit mic.com/alice.

https://mic.com/articles/189663/exclusive-president-trump-grants-clemency-to-alice-johnson-after-kim-kardashian-west-involvement#.UsCeDKrF5
Posted by Frances Rice at 11:12 AM