How Important Is Today's Racial Discrimination? 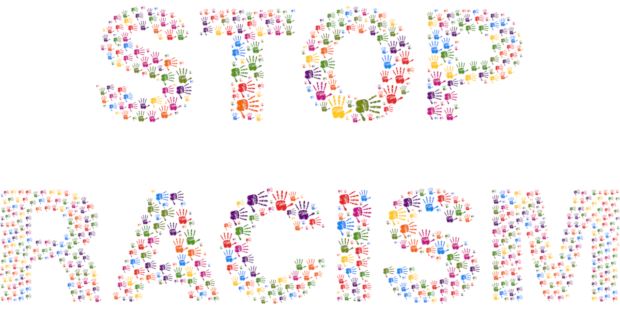 Let's examine some of today's most devastating problems of many black people with an eye toward addressing discrimination of the past and present.

One might say, "Williams, one cannot ignore the legacy of slavery and the gross racism and denial of civil rights in yesteryear!" Let's look at whether black fatherless homes are a result of a "legacy of slavery" and racial discrimination. In the late 1800s, depending on the city, 70% to 80% of black households were two-parent. Dr. Thomas Sowell has argued, "The black family, which had survived centuries of slavery and discrimination, began rapidly disintegrating in the liberal welfare state that subsidized unwed pregnancy and changed welfare from an emergency rescue to a way of life."

Let's ask a couple of questions about crime and education and racial discrimination. It turns out that each year more than 7,000 blacks are victims of homicide. That's slightly over 50% of U.S. homicide victims. Ninety-four percent of the time, the perpetrator is another black person. Along with being most of the nation's homicide victims, blacks are most of the victims of violent personal crimes such as assault and robbery. At many predominantly black schools, chaos is the order of the day. There is a high rate of assaults on students and teachers. Youngsters who are hostile to the educational process are permitted to make education impossible for those who are prepared to learn. As a result, overall black educational achievement is a disaster.

Here are my questions to those who blame racial discrimination for the problems of black people: Is it necessary for us to await some kind of moral rejuvenation among white people before measures can be taken to end or at least reduce the kind of behavior that spells socio-economic disaster in so many black communities? Is it a requirement that we await moral rejuvenation among white people before we stop permitting some black youngsters from making education impossible for other black youngsters? Blacks were not the only people discriminated against in America. While Jews and Asians were not enslaved, they encountered gross discrimination. Nonetheless, neither Jews nor Asians felt that they had to await the end of discrimination before they took measures to gain upward mobility.

Intellectuals and political hustlers who blame the plight of so many blacks on poverty, racial discrimination and the "legacy of slavery" are complicit in the socioeconomic and moral decay. Black people must ignore the liberal agenda that suggests that we must await government money before measures can be taken to improve the tragic living conditions in so many of our urban communities. Black and white intellectuals and politicians suggesting that black people await government solutions wouldn't begin to live in the same high-crime, dangerous communities and send their children to the dangerous schools that so many black children attend. 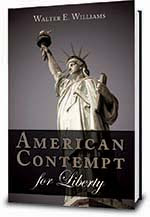 Throughout history, personal liberty, free markets, and peaceable, voluntary exchange have been roundly denounced by tyrants and often greeted with suspicion by the general public. Unfortunately, Americans have increasingly accepted the tyrannical ideas of reduced private property rights and reduced rights to profits and have become enamored with restrictions on personal liberty and control by government.

In this latest collection of essays selected from his syndicated newspaper columns, Walter E. Williams takes on a range of controversial issues surrounding race, education, the environment, our Constitution, health care, foreign policy, and more. Skewering the self-righteous and self-important forces throughout society, he makes the case for what he calls the “the moral superiority of personal liberty and its main ingredient—limited government.”

With his usual straightforward insights and honesty, Williams reveals the loss of liberty in nearly every important aspect of our lives, the massive decline in our values, and the moral tragedy that has befallen Americans today: our belief that it is okay for government forcibly to use one American to serve the purposes of another.

Walter E. Williams is the John M. Olin Distinguished Professor of Economics and chairman of the economics department at George Mason University and a nationally syndicated columnist. Williams is the author of several books and more than sixty articles which have appeared in scholarly journals such as Economic Inquiry, American Economic Review, and Social Science Quarterly and popular publications such as Reader's Digest, Regulation, Policy Review, and Newsweek.

https://www.hooverpress.org/American-Contempt-for-Liberty-P611.aspx
Posted by Frances Rice at 10:53 AM