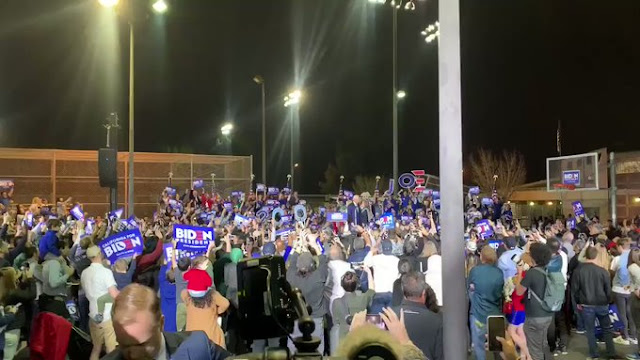 Joe Biden: They don't call it Super Tuesday for nothing

Get ready for a long and grueling road ahead as Joe Biden and Bernie Sanders battle for the Democratic presidential nomination in a race that could possibly result in the country’s first contested major-party nominating convention in well over a half-century.

The former vice president, surging to victory in the five southern Super Tuesday states and beyond, crowed to supporters at a primary celebration speech in Los Angeles after most of the results were in.

“I’m here to report that we are very much alive," Biden told a cheering crowd. "This campaign is taking off.”

Hours later, the Associated Press projected Biden the winner in Texas - which had the second-largest cache of delegates on Super Tuesday.

But Sanders, the populist senator from Vermont who’s making his second straight White House run, won California – the biggest prize on a day when one-third of all Democratic presidential convention delegates were up for grabs.

“Tonight I tell you with absolute confidence we’re going to win the Democratic nomination,” Sanders, the self-proclaimed democratic socialist lawmaker, predicted as he spoke to supporters in his home state of Vermont.

Now the race – essentially a two-candidate contest – advances through a calendar that provides promise and peril for both Biden and Sanders.

Biden – once the unrivaled front-runner for the nomination – was wounded after a lackluster fourth-place finish in Iowa’s caucuses and a disappointing fifth-place showing in New Hampshire’s primary. But a slight rebound in Nevada’s caucuses – where he came in a distant second to Sanders – was followed this past weekend with a landslide victory in South Carolina’s primary.

Biden on Tuesday night spotlighted his comeback, which came in large part thanks to his popularity among African-American voters.

"To those who’ve [been] knocked down, counted out, left behind, this is your campaign," Biden told supporters. "Just a few days ago the press and the pundits had declared the campaign dead.”

“It may be over for the other guy,” Biden added, referring to Sanders.

Biden’s goal going into Super Tuesday was to stay close to Sanders in the delegate hunt and cement his status as the moderate alternative to the progressive senator. It appeared to be a mission accomplished.

That comeback was fueled by a tidal wave of establishment consolidation behind Biden over the past three days, which included rival moderate candidates Sen. Amy Klobuchar of Minnesota and former South Bend, Ind., Mayor Pete Buttigieg dropping out of the race and endorsing the former vice president.

But with his victory in California, Sanders was also exuberant on Tuesday night. 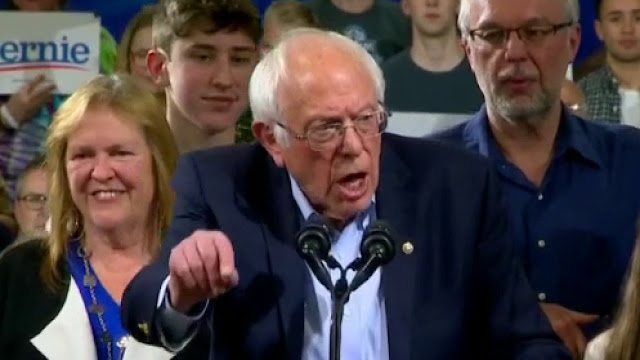 “I am excited about where we are. We have come a long, long way," said Sanders, once the longest of longshots when he launched his first White House bid four years ago.

The next tests for the candidates will come next Tuesday, when voters in six states -- Idaho, Michigan, Mississippi, Missouri, North Dakota and Washington state -- head to the polls, and on St. Patrick's Day, March 17, when Arizona, Florida, Illinois and Ohio have their say. Then Georgia will hold a primary March 24.

What next for Bloomberg? 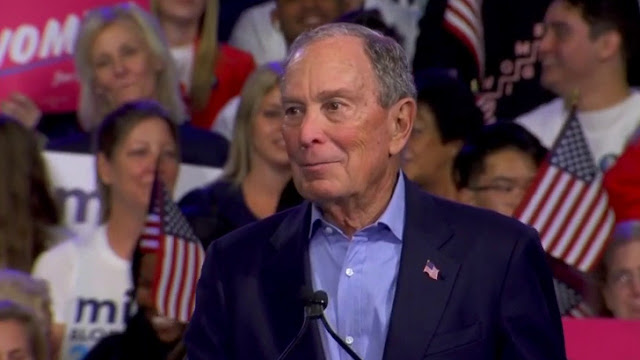 Former New York City Mayor Mike Bloomberg tried to put a pretty picture on what turned into a disappointing evening.

“As the results come in, no matter how many delegates we win, we’ve done something nobody thought was possible. We’ve gone from 1 percent to being a contender for Democratic nomination,” Bloomberg told supporters gathered in Florida.

Hours earlier the multibillionaire business and media mogul -- who’s spent more than a half-billion dollars of his own money on his White House bid -- boasted he had “no intention of dropping out.”

Bloomberg – who was the ballot for the first time Tuesday after skipping the four early voting states of Iowa, New Hampshire, Nevada and South Carolina in order to concentrate on the delegate-rich Super Tuesday states and beyond -- acknowledged that the possibility of a contested Democratic nominating convention in July in Milwaukee was his only pathway to becoming the party’s standard-bearer.

Tuesday night, when asked if the results changed Bloomberg’s thinking about the race ahead, campaign manager Kevin Sheekey re-emphasized that “every day the campaign is re-evaluating.”

Burton – a veteran of the 2004 John Kerry presidential campaign and the 2008 Barack Obama campaign who later co-founded the Priorities USA super PAC after serving as a White House deputy press secretary – suggested that Bloomberg “could help the cause by dropping out and focusing on the issues that matter in the country.”

It was also a very tough night for Sen. Elizabeth Warren, who came in third to Biden and Sanders in her adopted home state of Massachusetts -- and was projected to finish fourth in her native Oklahoma.

Warren – a one-time co-front-runner with Biden – has suffered one disappointing finish after another since the start of the nominating calendar. She took direct hits at media pundits during a speech to supporters in Michigan.

“What I see happening is a lot of folks trying to turn voting into some complicated strategy. You know, pundits, friends, neighbors are all saying you have to second-guess yourself on this. They're playing games about prediction and strategy, you know, guess what your neighbors are up to here. But prediction has been a terrible business, and the pundits have gotten it wrong, over and over,” she emphasized.

Just as Bloomberg will now face calls from establishment Democrats to depart the race and support Biden, some progressives are taking aim a Warren for peeling off some support for Sanders.

Omar, who a night earlier appeared onstage in Minnesota with Sanders, questioned what would have happened if “progressives consolidated last night like the moderates consolidated.”

"Who would have won?" Omar tweeted about that scenario. “That’s what we should be analyzing. I feel confident a united progressive movement would have allowed for us to #BuildTogether and win MN and other states we narrowly lost.”

Paul Steinhauser is a politics reporter based in New Hampshire.

https://www.foxnews.com/politics/biden-roars-back-super-tuesday-leaves-ex-vp-in-airtight-contest-for-delegates-with-sanders
Posted by Frances Rice at 7:55 AM