Historian: I Warned The 1619 Project’s Author She Was Wrong About The Revolutionary War 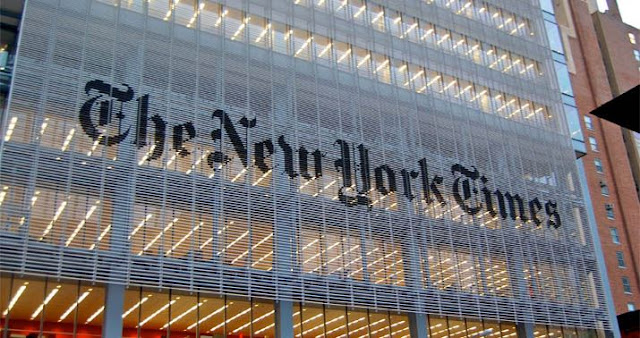 One of the most contentious claims made in the NY Times 1619 Project is the claim that the impetus for the Revolutionary War was really an attempt to protect the institution of slavery. In her lead essay, Nikole Hannah-Jones wrote “one of the primary reasons the colonists decided to declare their independence from Britain was because they wanted to protect the institution of slavery.” But that isn’t remotely true. Today we learn from Northwestern historian Leslie Harris that she pointed this out to the Times before publication but was ignored:

On August 19 of last year I listened in stunned silence as Nikole Hannah-Jones, a reporter for the New York Times, repeated an idea that I had vigorously argued against with her fact-checker: that the patriots fought the American Revolution in large part to preserve slavery in North America.

Weeks before, I had received an email from a New York Times research editor.

Because I’m an historian of African American life and slavery, in New York, specifically, and the pre-Civil War era more generally, she wanted me to verify some statements for the project.

At one point, she sent me this assertion: “One critical reason that the colonists declared their independence from Britain was because they wanted to protect the institution of slavery in the colonies, which had produced tremendous wealth. At the time there were growing calls to abolish slavery throughout the British Empire, which would have badly damaged the economies of colonies in both North and South.”

I vigorously disputed the claim. Although slavery was certainly an issue in the American Revolution, the protection of slavery was not one of the main reasons the 13 Colonies went to war.

Despite my advice, the Times published the incorrect statement about the American Revolution anyway, in Hannah-Jones’ introductory essay.

In addition, the paper’s characterizations of slavery in early America reflected laws and practices more common in the antebellum era than in Colonial times, and did not accurately illustrate the varied experiences of the first generation of enslaved people that arrived in Virginia in 1619.

The author goes on to say she was very worried when she saw this had made it into the published essay because she feared it would be used as a cudgel to discredit the entire project.

She then offers her own take on the Revolutionary War contrary to what the 1619 Project claimed:

Here is the complicated picture of the Revolutionary era that the New York Times missed: White Southerners might have wanted to preserve slavery in their territory, but white Northerners were much more conflicted, with many opposing the ownership of enslaved people in the North even as they continued to benefit from investments in the slave trade and slave colonies.

More importantly for Hannah-Jones’ argument, slavery in the Colonies faced no immediate threat from Great Britain, so colonists wouldn’t have needed to secede to protect it.

It’s true that in 1772, the famous Somerset case ended slavery in England and Wales, but it had no impact on Britain’s Caribbean colonies, where the vast majority of black people enslaved by the British labored and died, or in the North American Colonies.

It took 60 more years for the British government to finally end slavery in its Caribbean colonies, and when it happened, it was in part because a series of slave rebellions in the British Caribbean in the early 19th century made protecting slavery there an increasingly expensive proposition.

Far from being fought to preserve slavery, the Revolutionary War became a primary disrupter of slavery in the North American Colonies.

That assessment is in line with what Princeton historian Sean Wilentz wrote in a detailed piece for the Atlantic earlier this year. Wilentz wrote that Nikole Hannah-Jones assertions about the motives for the Revolutionary War were “as inaccurate as the assertions, still current, that southern secession and the Civil War had nothing to do with slavery.”

Having conceded the point, Leslie Harris writes as if the false claim about the Revolution War is a relatively minor point, one which is being unfairly used to tarnish the Project as a whole. “The United States was not, in fact, founded to protect slavery—but the Times is right that slavery was central to its story,” she writes. Well, except for the whole Revolutionary War part of the story when, as she has just admitted, it wasn’t central.

What’s very odd is that Leslie Harris doesn’t seem interested in why Nikole Hannah-Jones ignored her vigorously argued advice. Doesn’t that concern her? I think the reason is pretty obvious and I suspect it has occurred to Harris so the fact that she doesn’t mention it seems revealing.

The whole point of the 1619 Project was to pull the center of gravity in our discussion of American history away from 1776, away from the Declaration of Independence and the Revolutionary War.

The Project argues that the real story of America began not in 1776 but in 1619 with slavery. But you obviously can’t proclaim 1619 the real founding of America’s unbroken legacy of slavery and then skip over the Revolutionary War. In order to make the new over-arching narrative work you need to make the War another example of the hidden hand of white supremacy. And that’s exactly what Hannah-Jones did. She ignored Harris’ strongly argued advice because she needed it to be true.

There’s a lot more to Harris’ piece. She is equally concerned that the critics of the Project (including Sean Wilentz) are an older generation of historians who have downplayed the importance of slavery in their past work. In fact, she is more concerned about their “worldview” than she is about the errors in the 1619 Project. She concludes:

It is easy to correct facts; it is much harder to correct a worldview that consistently ignores and distorts the role of African Americans and race in our history in order to present white people as all powerful and solely in possession to the keys of equality, freedom and democracy. At least that is the corrective history toward which the 1619 Project is moving, if imperfectly.

Again, I think Harris is ignoring the very clear evidence (based on her own interaction with the NY Times) that the 1619 Project is itself a “worldview.” What she describes wasn’t a mistake but a willful attempt to shoehorn facts that didn’t fit into the service of a faulty narrative.

https://hotair.com/archives/john-s-2/2020/03/06/historian-warned-1619-project-author-wrong-revolutionary-war-critics-wrong/
Posted by Frances Rice at 11:58 AM