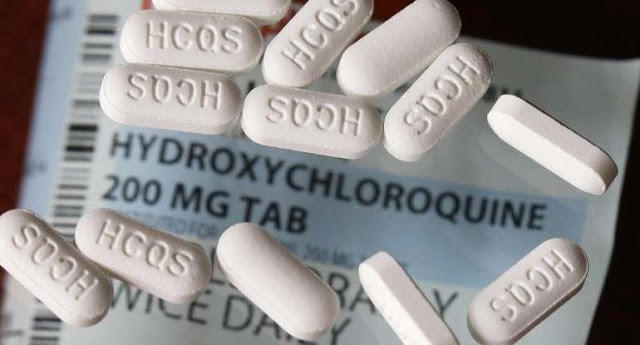 The study found there were "more deaths" among those given hydroxychloroquine than those who just received standard care.

As you could expect, the media pounced on the study.

The Washington Post,  CNN, Salon, TIME Magazine, and plenty of others were just itching to claim that Trump had been wrong or even irresponsible for touting hydroxychloroquine in the first place. International Business Times even wrote: "Trump's Hydroxychloroquine Caused More Deaths, Study Reveals."

But, if you actually read through the reporting, even read through the study itself, it becomes clear that the media, which was quick to downplay or ignore earlier studies showing the drug worked, were too quick to hype this study's findings.

Here are five problems with the study that should give you pause before you turn your back on hydroxychloroquine.

5. It was a small, non-peer-reviewed study, not a clinical trial

Previous studies showing the promise of hydroxychloroquine in treating the coronavirus have been downplayed by the media because they were small studies, not large-scale clinical trials.

This study was not a controlled clinical trial, but an analysis of medical records, and it hasn't been reviewed by other scientists yet.

Even the Associated Press noted that the difference in fatality between those given hydroxychloroquine plus azithromycin "was not considered large enough to rule out other factors that could have affected survival." You think?

I'm willing to bet that upon peer review, scientists will acknowledge similar faults with this study that I've identified.

4. The patients were not representative of the entire population

By now there are a number of things we've learned about the coronavirus: It has a higher fatality rate with males, older people are more likely to be affected by it, most who die from it had other illnesses.

The patients were also disproportionately black. According to the census, 13.4 percent of United States population is black, but in the study, 68% (HC), 59% (HC+AZ),  and 65% (No HC) of the patients were black. There is a known racial disparity in how the coronavirus impacts those who contract it that isn't fully understood yet.

The prevalence of comorbidities in those who have died from the coronavirus tell me that a study done on VA hospital patients was never going to give an accurate representation of the drug's efficacy.

Maybe it does.  That wouldn't make it unique. But this study doesn't tell us anything about how the drug works with the overall population.

3. The most severe cases disproportionately received the drug

The study itself acknowledges that "hydroxychloroquine, with or without azithromycin, was more likely to be prescribed to patients with more severe disease." In such a small study that isn't representative of the entire population, this would likely impact the results. For starters, there is a direct correlation between advanced age and the severity of side effects.

"The findings should not be viewed as definitive because the analysis doesn’t adjust for patients’ clinical status and showed that hydroxychloroquine alone was provided to VA’s sickest COVID-19 patients, many times as a last resort," a spokeswoman for the Department of Veterans Affairs told Fox News.

2. Other studies and anecdotal reports suggest it helps

Were they all just lucky? Unlikely. while these studies were small, and the reports anecdotal, I'd be willing to bet the patient base for all of them were more demographically diverse than the VA hospital study.

1. The study concluded that controlled trials are still needed

The study's conclusion states quite clearly that "These findings highlight the importance of awaiting the results of ongoing prospective, randomized, controlled studies before widespread adoption of these drugs."

It seems to me that the authors of the study were aware of its faults when they published. This study was too small and non-representative of the population. Yet we saw the media pounce on its results so they could fault him for promoting hydroxychloroquine.

The bottom line here is that we now have studies that say it works and that it doesn't work. Hydroxychloroquine might not be as effective as the small studies with positive results that say it is, and it most likely isn't as ineffective as this VA hospital study suggests. Obviously, it's worth getting a reliable answer.