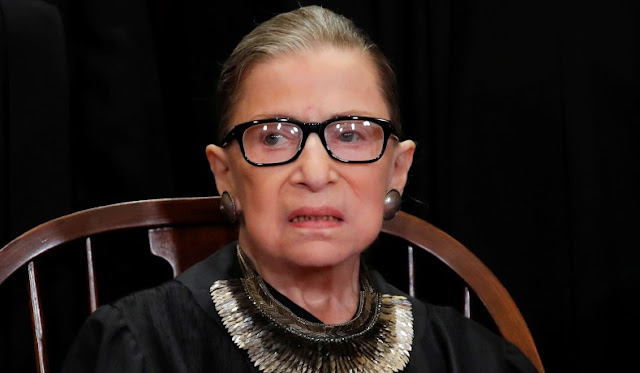 “Our Nation has lost a jurist of historic stature,” said Chief Justice John Roberts. “We at the Supreme Court have lost a cherished colleague. Today we mourn, but with confidence that future generations will remember Ruth Bader Ginsburg as we knew her — a tireless and resolute champion of justice.”

Ginsburg was appointed to the court by President Bill Clinton in 1993. She immediately staked out a position on the court’s progressive wing and in recent years emerged as an icon on the activist left for her strident positions on abortion rights, gay marriage, and other major progressive causes.

Her death leaves eight justices on the court just weeks before the 2020 presidential election. It may prompt a heated partisan battle over the question of filling a vacant seat so close to a presidential election — a seat that has the potential to cement a conservative majority for decades to come.

Senate Minority Leader Chuck Schumer said Friday evening that the seat should not be filled ahead of the election, citing the American public’s right to influence the direction of the court through the election.

Ginsburg survived four previous bouts with cancer and the disease reemerged earlier this year in the form of lesions on her liver.

“I have often said I would remain a member of the Court as long as I can do the job full steam,” she said in a statement in July 2020. ” I remain fully able to do that.”

Ginsburg died surrounded by her family in Washington, D.C., the court said. She will be buried in a private ceremony at Arlington National Cemetery.

McConnell: Trump's Supreme Court nominee 'will receive a vote on the floor of the United States Senate' 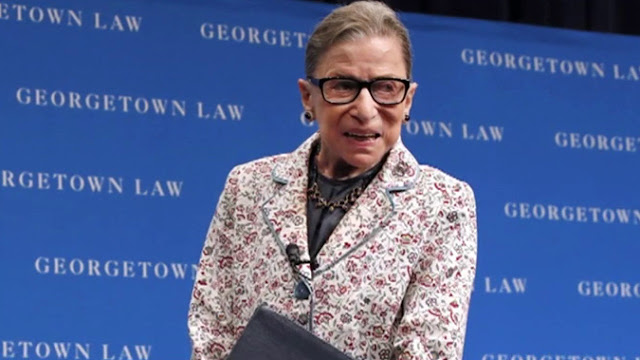 “The Senate and the nation mourn the sudden passing of Justice Ruth Bader Ginsburg and the conclusion of her extraordinary American life,” McConnell said in a statement Friday.

“In the last midterm election before Justice Scalia’s death in 2016, Americans elected a Republican Senate majority because we pledged to check and balance the last days of a lame-duck president’s second term. We kept our promise,” McConnell continued. “Since the 1880s, no Senate has confirmed an opposite-party president’s Supreme Court nominee in a presidential election year.”

McConnell added that “by contrast, Americans reelected our majority in 2016 and expanded it in 2018 because we pledged to work with President Trump and support his agenda, particularly his outstanding appointments to the federal judiciary.”

“Once again, we will keep our promise,” he said. “President Trump’s nominee will receive a vote on the floor of the United States Senate.”

In May 2019, McConnell, R-Ky., made clear that should a vacancy materialize in the midst of the 2020 election cycle, the GOP-majority Senate would likely “fill it.”

McConnell’s comments last year were met with criticism from Democrats who accused him of hypocrisy, based on the treatment of former President Barack Obamas Supreme Court nominee and D.C. Circuit Court of Appeals chief Judge Merrick Garland.

Obama nominated Garland to replace the late Justice Antonin Scalia, who passed away in 2016, but McConnell and Senate Republicans refused to hold a hearing or vote on his nomination, citing the imminent 2016 presidential election.

Speaking to Fox News last year, McConnell suggested his stance was not hypocritical -- because in 2020, Republicans would control both the White House and the Senate, unlike Democrats in 2016, who controlled only the White House.

"You have to go back to 1880s to find the last time a Senate controlled by a party different from the president filled a vacancy on the Supreme Court that was created in the middle of a presidential election year," McConnell told Fox News.

There are 45 days until Election Day.

But Senate Minority Leader Chuck Schumer, D-N.Y., on Friday night said Ginsburg’s vacancy should not be filled until “we have a new president.”

“The American people should have a voice in the selection of their next Supreme Court justice,” Schumer, D-N.Y., tweeted Friday. “Therefore, this vacancy should not be filled until we have a new president.”

There was an active vacancy after the death of Scalia in 2016, but the next presidential term could be even more significant for Supreme Court nominations.

Ginsburg’s death leaves a vacancy; and several other justices are over 70, including Justice Stephen Breyer is 82; Clarence Thomas is 72; and Justice Samuel Alito is 70.

Meanwhile, President Trump last week announced a list of more than 20 people he would consider nominating to the Supreme Court.

Meanwhile, Ginsburg, who passed away late Friday, was appointed to the Supreme Court in 1993 by President Bill Clinton, spent more than two decades on the bench, and is survived by her two children Jane Carol and James Steven Ginsburg.

Ginsburg battled two forms of cancer in the past, but her health began to take a downturn in December 2018 when she underwent a pulmonary lobectomy after two malignant nodules were discovered in the lower lobe of her left lung.

On Jan. 7, 2019, the Court announced she would miss oral arguments that day for the first time since she joined as she continued to recuperate from that surgery.